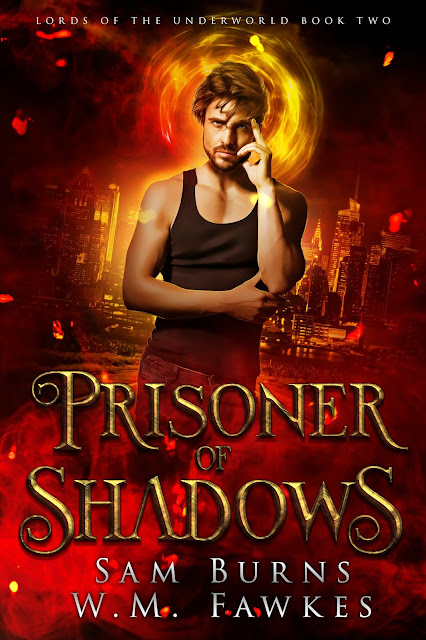 Lords of the Underworld Series

For more than five thousand years, Prometheus has been chained in the underworld. Every day, an eagle tears out his liver. Every night, he heals. When Hermes releases him in a gambit to save himself from his father’s wrath, Prometheus must adjust to a world that’s forgotten him. Hunted by the twins, Artemis and Apollo, he finds help in an unexpected place.

Julian Bell is a vampire lost. He left his Louisiana home in 1936 and hasn’t settled since. Ten years ago he followed his best friend to New York, but the country they came to wasn’t the America he left. After losing his friend, he found himself unmoored in a strange land. As he nears his hundredth birthday, he’s realizing how truly alone he is.

When Prometheus and Julian’s paths cross one fateful night, they find in each other a safe path through the shadows.

W.M. Fawkes is an author of LGBTQ+ urban fantasy and paranormal romance. With coauthor Sam Burns, she writes feisty Greek gods, men, and monsters in the Lords of the Underworld series. She lives with her partner in a house owned by three halloween-hued felines that dabble regularly in shadow walking.