Give Me A Hand by Gwen Martin - Release Blitz with Excerpt 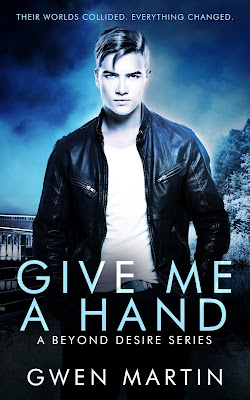 Their Worlds Collided. Everything Changed.
Cam and Jude had been college roommates for two years, fitting into each other's lives with ease.
That is, until Cam walked in on Jude getting off alone in their shared dorm bathroom.
Everything shifted between the two of them, awakening feelings Cam hadn't felt for anyone in a long time. Feelings Cam believed had shriveled up after surviving a near fatal car accident to then suffer a disastrous breakup with his first love.
Since then, Cam kept his heart sealed tight in a fortress, keeping himself busy with a lot of mindless hookups and a steadfast refusal to ever commit.
Cam's life had been predictable. He knew what he wanted.
Until that impromptu mutual orgasm with Jude.
Cam didn't want a boyfriend, and he certainly didn't *need* a relationship.
But he knew one thing he did crave and that was more of Jude Ellison.
Will Cam be able to work through his painful past if Jude offered him a chance at more? 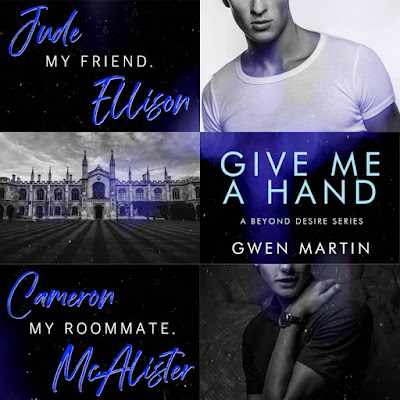 “You staying?”
“Hm, yeah,” Cam murmured, the edges of sleep pulling him under. “What about the gym?”
Jude chuckled, his fingertips tracing over Cam’s shoulder and collarbone. “If I miss one day, it won’t hurt.”
Cam hummed noncommittally. Jude’s fingers continued to move over his stomach, gentle wisps of touch, until it stopped on his hip. Cam blinked and furrowing his eyebrows. Jude was staring down at his scar.
The scar stretching over Cam’s hip was large but had faded over the years. It was the constant reminder of Cam’s ruined track career, the one dream the drunk driver stole from him. Cam missed running, missed the excitement of humid air against his sweat-soaked skin, the blur of scenery passing by. But between the knee surgery and hip replacement, it was impossible to have that ever again.
Cam pushed forward, though. He had tried to get back into running, against the suggestions of doctors and his parents, but he couldn’t give it up just yet. Cam thought he could do it, but found out quickly that he couldn't. Running was not an option for him anymore. So, he switched his goal and focused on getting his business degree.
He pushed all of his thoughts about the loss of running into his studies.  It was important to have a goal, even if it wasn’t the original dream he had worked hard for in high school. He refused to let some drunk driver ruin his life forever. Even if the past still snuck up on him.
“I’ve never seen this before,” Jude whispered, his gaze focused on the scar.
There was an uncomfortable spiky feeling in Cam’s throat. He inhaled a deep breath and shrugged. “It’s not a big deal.”
Jude’s eyes lifted to Cam’s and a tiny part of Cam was set alight. Something deep, and uncharted, and Cam felt disoriented by the feeling, like he was suddenly shifted into space without gravity.
“Can I—” Jude stopped, turning back down to the scar.
Jude was asking permission to touch it, Cam realized. The way Jude’s mouth tightened into a sad frown made Cam’s chest turn stiff inside. He nodded, speechless.
A few beats stretched before Jude brushed the back of his knuckle across the scar. The touch was soft, warm and careful. Jude unraveled his hand, pulling Cam’s boxers down before rearranging on the bed to examine the old injury, studying every imperfection.
Cam avoided looking at the scar now. Right after the accident it was all Cam could do when he was able to stand up in front of a mirror. He would study the thin clean line, a permanent brand on his body. To him it appeared jagged and wrong, despite the doctors saying he healed well and the scar would be almost non-existent. But Cam never got used to it, couldn’t shake how it had shifted his life so drastically.
He felt more exposed in that single moment than he did just minutes ago with his cock out. Breathing was proving to be impossible, and Cam’s chest rose and fell rapidly as his lungs heaved for more oxygen.
Then Jude brushed his lips against the scar. The sensation was odd, like new nerve endings coming back to life. When Jude flicked the flat of his tongue along the entire length of it, Cam whimpered, biting his lip to stop himself from sounding too desperate.
Cam kept his eyes clenched shut, unable to bear the sight of Jude being intimate with the evidence of Cam’s shattered dreams. Eventually Jude stopped, putting Cam’s boxers back to rights, and laying down next to Cam again.
Cam didn’t open his eyes.
“We should sleep,” Jude said, pulling the duvet over both of them. Cam nodded and turned away. His cheeks were burning, and his heart was beating so loud he was certain the whole dorm could hear it.
Cam’s nerves were firing all over under his skin, and he could barely hum a response when Jude whispered goodnight. He listened for the even breathing of Jude sleeping behind him, his insides twisting with uncertainty. He considered making an escape once he was sure that Jude wouldn’t detect his absence.
It wasn’t until Jude rested a hand on Cam’s battered hip that he was finally able to fall asleep. 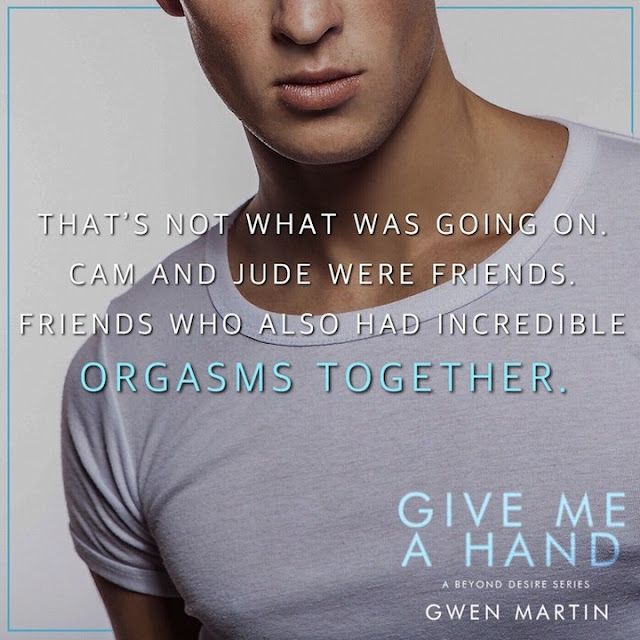 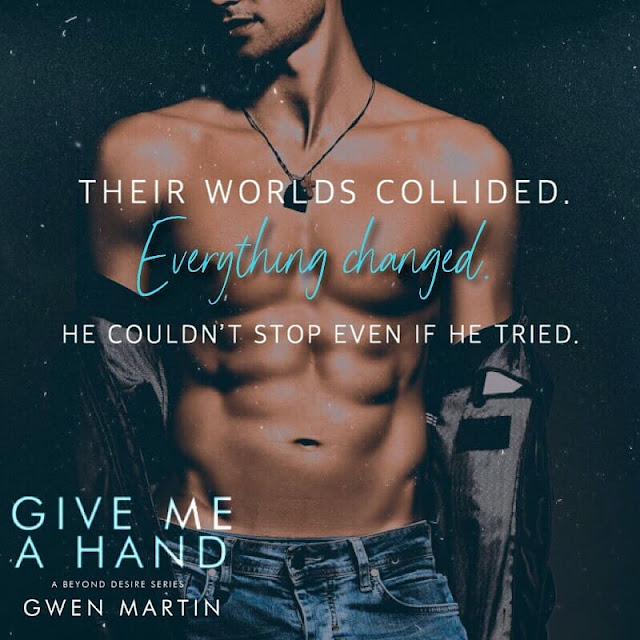 Gwen Martin lives in Florida where the sun is always shining, the humidity is always high, and Disney is just a hop skip away. When she’s not trying to write one of her million story ideas, she’s usually hanging out with her husband and four cats.

Gwen first started writing at a young age, coming up with stories in class instead of paying attention to the math lesson. Since then she has been exploring her love of writing in various fan communities where she has learned how to cultivate character development and romantic interactions.

She has a strong love affair with cold brew coffee, black cats, and nerding out in various fandoms. When she’s not writing, she’s reading everything she can get her hands on, listening to a lot of lo-fi and making playlists, chilling with her four gatos and obsessing about Pusheen. Because it’s always about Pusheen.