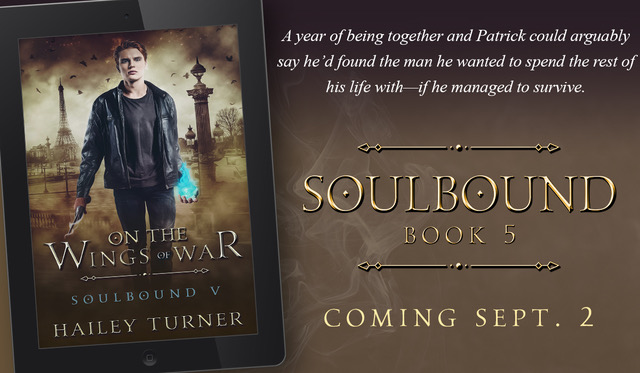 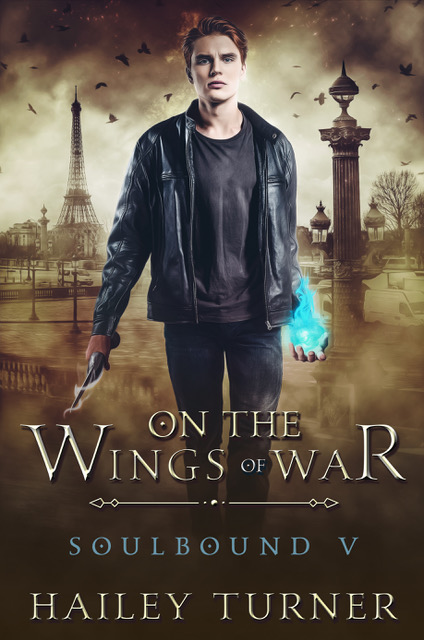 On the wings of war by Hailey Turner

About On the Wings of War:

Remembering the dead will always give them life.

The coveted Morrígan’s staff is up for sale on the black market to the highest bidder, and SOA Special Agent Patrick Collins will do whatever it takes to ensure the Dominion Sect doesn’t get their hands on it. Returning the weapon to its rightful owner is another step on the long road toward clearing Patrick’s soul debt, but he won’t walk it alone. Jonothon de Vere won’t let him.

Obeying the gods means Patrick must travel to London. For Jono, it means facing a past he thought he’d left behind forever. His return to England isn’t welcome, and neither is their pack, but Jono and Patrick will face the antagonism together. Politics aside, their priority must be the mission, but the bone-chilling secret they uncover in the London god pack will have far-reaching repercussions no one can ignore.

A race against time takes Patrick and Jono from the streets of London to the bright lights of Paris, where hospitality is thin on the ground, the air is filled with whispered prayers for the missing, and the Morrígan’s staff will end up in the one place it should never have gone—a graveyard.

For beneath Paris lie the long-forgotten dead, and when they rise to walk again, the living can only hope to die.

On the Wings of War is a 109k word m/m urban fantasy with a gay romantic subplot and a HFN ending. It is a direct sequel to A Vigil in the Mourning. Reading the first book in the series would be helpful in enjoying this one.

“I hate ties,” Patrick said, tugging at the one wrapped around his neck. “I hate suits. Why couldn’t I have done all of these meetings remotely?”
“Because you’ve done enough property damage earlier this year that it’s best to remind people you aren’t the enemy,” SOA Director Setsuna Abuku replied without looking at him as they continued down a corridor in the Pentagon. The military aide escorting them was doing a fine job of pretending not to hear a word they said.
“Chicago was not my fault.”
Setsuna finally deigned to look at him, arching one eyebrow. “The people of Chicago beg to differ.”
“It was months ago. They should be over it by now.”
Setsuna twisted her wrist so her cane smacked him in the shin, never breaking stride. “You know a city doesn’t easily recover from an attack like that.” 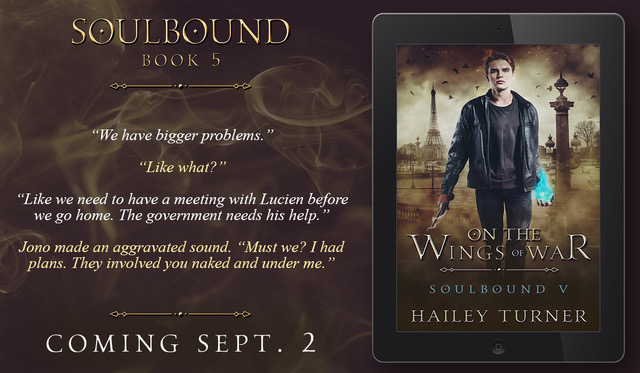 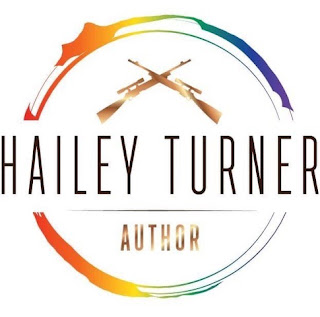