The Secrets We Keep by Rick R. Reed - Release Blitz with Excerpt and Giveaway

Jasper Warren is a happy-go-lucky young man in spite of the tragedy that’s marred his life. He’s on a road to nowhere with his roommate, Lacy, whom he adores, and a dead-end retail job in Chicago.

And then everything changes in a single night. Though Jasper doesn’t know it, his road is going somewhere after all. This time when tragedy strikes, it brings with it Lacy’s older, wealthy, sexy uncle Rob. Despite the heart-wrenching circumstances, an immediate connection forms between the two men.

But the secrets between them test their attraction. Will their revelations destroy the bloom of new love… or encourage it to grow?

The Secrets We Keep
Rick R. Reed © 2020
All Rights Reserved

Prologue
“Hey! I don’t think you should go through that,” Rob said, barely audible because he didn’t want his fear to show. He sucked in a breath and clutched his suitcase close to him, as though it were a child—or a flotation device. Or a boy he loved and didn’t want to lose…

The water spread out on the road under the overpass like a black mirror. It could have been a few inches deep or a few feet. From just a visual, there was no way to gauge how deep it was. No person with any sense would drive into it.

His Uber driver, a sallow-complexioned man in his forties wearing a black baseball cap, gave out a low whistle. “We’ll be okay,” he said cheerfully, with a confidence Rob simply didn’t have. “Just sit back and let me worry. We’ll be fine.”

Rob wished he had the nerve to speak up, to command, “No! Don’t! Just turn around.” After all, this driver was putting them both in danger. But he felt like protesting would make him seem insane or, at the very least, silly. So what’s worse, he wondered, seeming crazy or drowning? He cursed himself for the ridiculous lengths he went to so as to avoid confrontation.

A thunderclap as loud as an explosion sounded then, and Rob swore the black Lincoln Continental shuddered under its vibration. Lightning turned the dark, cloud-choked dawn skies bright white for an instant, as though day had peeked in, seen the weather, and then ducked back out.

“This baby can get through it,” the driver said, giving the car a little more gas.

Rob tightened his lips to a single line and furrowed his brows as his driver set off into the small lake stretching out before them. As the driver moved completely under the overpass, the drumming sound of the rain on the roof suddenly ceased, and the silence was like the intake of a breath.

“C’mon, c’mon,” the driver urged almost under his breath as he sallied farther into the water, giving the car more gas.

Even before the engine started to whine in protest, Rob knew they were in trouble by the way the water parted to admit the Lincoln. Waves sloshed by on either side.

Rob thought again he should speak up—like maybe to suggest that the driver could attempt to back up—but held his tongue. The guy was a professional, right? He knew what he was doing.

And the driver continued, deeper and deeper into the water standing so treacherously beneath the overpass.

The engine made a lowing sound, like a cow’s moo, as the flood rose up the sides of the vehicle.

Rob gasped as brackish, foul-smelling water covered his loafered feet, pouring in through the small spaces around the doors.

The driver eyed him in the rearview mirror. There was a defeat in his voice as he said, “You better open your door and get out while you can.”

Rob wondered, for only a moment, why he would want to. Then it struck him with the adrenaline-fueled clarity born of panic that if he didn’t open his door now, he might never get another chance. The rising water and its pressure would make it impossible to open the door.

If it wasn’t already too late…

Rob leaned over and pressed against the door. The engine stalled at that moment, and his driver reached for his own door handle up front.

For a brief moment that caused his heart to drum fast, Rob feared his door wouldn’t open. He slid over and leaned against it with his shoulder pressed against the black leather, grunting.

The door held and then suddenly gave way.

Granted access, water rushed into the vehicle. The icy current rose up, covering his ankles and his calves. It was almost over his knees when he managed to slide from the Lincoln.

Outside the car, he stood. The water rose up almost to his neck. He felt nothing, only a kind of numbness and wonder. His driver was already sloshing forward toward the pearly light at the other side of the overpass. He didn’t give Rob so much as a backward glance.

Rob started moving against the water, wondering what might be swimming in it.

Thunder grumbled and then cracked again. The lightning flared, brilliant white, once more. And the rain poured down even harder.

He looked back for a moment at the Lincoln Continental, thinking about his TUMI bag on the seat. There was no hope for that now!

He slogged through the water and progressed steadily forward, feeling like a refugee in some third-world country, bound for freedom. In his head he heard the swell of inspirational music.

After what seemed like an hour, but was really only about five minutes, Rob reached dry land at the end of the overpass, where the entrance ramp veered upward toward the highway. Cars whizzed by, sending up sprays of water, the motorists oblivious.

His driver eyed him but said nothing. He was out of breath.

Rob stood in the rain and remembered his iPhone in the front pocket of his khakis. He pulled it out, thinking to call for help. But when he pressed the Home button, the screen briefly illuminated and then blinked out, the picture of an ocean wave crashing toward the shore first skewing weirdly, then vanishing.

“Shit,” he whispered and then replaced the phone in his soaking-wet pants pocket.

He needn’t have worried about calling for help, however, because it seemed the universe had done it for him. On the other side of the overpass, a fire truck, lights on but no siren, pulled up to the water’s edge. Then two police cruisers. And finally, surprisingly, a news van with a satellite antenna on top brought up the rear.

The rest was kind of a blur. Through a bullhorn, one of the firemen advised them to come back toward them but to use the median instead of slogging through the flood. The concrete divider was only a few inches above the sloshing water.

Somehow, Rob and his driver managed a tightrope walk across the lake the underpass had become, balancing on the concrete divider.

When they reached the other side, one of the newscasters, a guy in a red rain slicker, stuck a microphone in his face and asked him to tell him what happened. Was he afraid? Stunned, Rob shook his head and moved toward the cop cars. Behind him, he could hear the driver talking to the reporter.

At the first police car, a uniformed officer got out from behind the steering wheel. She shut the door behind her and held a hand above the bill of her cap to further shield her from the rain. She was young, maybe midtwenties, with short black hair and a stout and sturdy build.

Rob nodded. “Yeah, I guess.” He smiled. “Didn’t expect a swim this early in the morning.”

The officer didn’t laugh. “Where were you headed? We might be able to take you, or at the very least, we can summon a taxi for you.”

And Rob opened his mouth to say, “To the airport” and then shut it again.

One thought stood out in his head. I could have drowned. He looked toward the Lincoln, which was filled now with water up to the middle of the windshield.

“Sir? You need us to get you somewhere?”

Rob debated, thinking of a young man, perhaps out in this same rain, getting almost as drenched as he was. He opened his mouth again to speak, unsure of how he could or should answer her question.

What he said now could very well determine the course of the rest of his life. 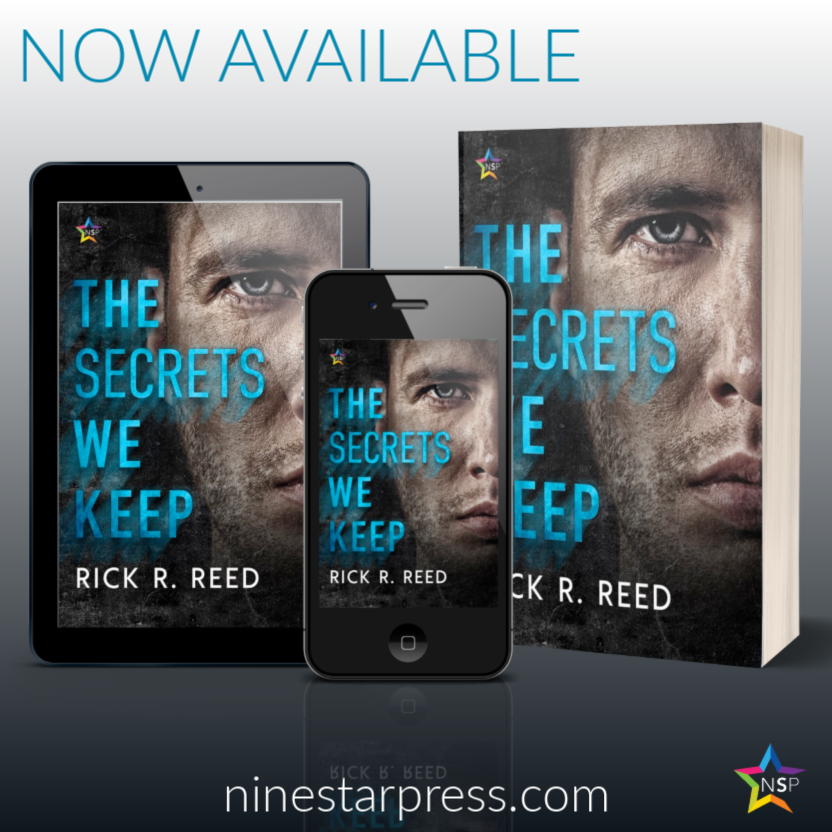