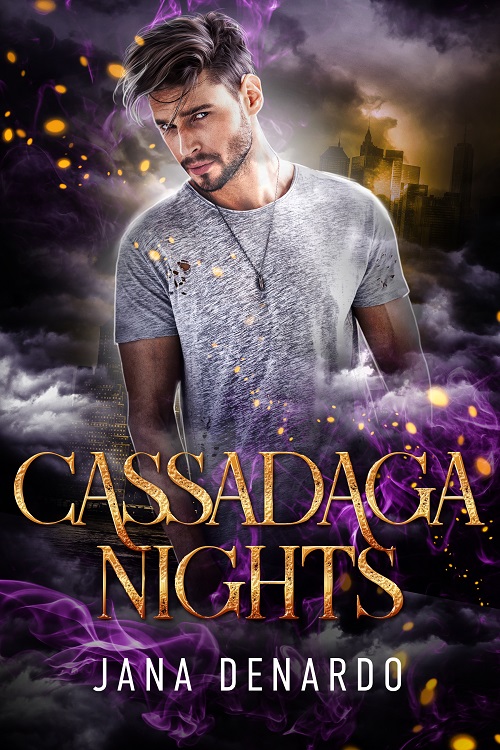 Santino Bellomi and his coworker, Cam, are sent to Cassadaga, Florida by the Aspida Pneuma, a group of psychics and mages. Their job is to rescue a nixie from a polluted lake and to check out the town, which is known for its psychics. New recruits to the Aspida are always welcome and where better than a spiritualist camp to hunt for them? What Santino wants most, however, is to finish the assignment quickly. He isn’t a fan of heat and humidity, and he’d looking forward to a well-earned vacation once the mission is over.

Ryan Doyle grew up in Cassadaga, where being psychic runs in the family. Ryan has never roamed far from home, though it’s hard being a geeky gay, wannabe urban fantasy author living in a small town. His job as one of the town psychics is fairly routine until he meets someone new. Ryan has never encountered anyone with a psychic shield so strong until Santino sits down for a reading. Intrigued, he asks Santino out even though Santino is as secretive as he is fun.

Santino hopes to win Ryan over both for himself and for the Aspida. And he’s hoping his skills in the kitchen will swing the balance in his favor. Ryan has almost given up on finding love, living in rural Florida. Can a seductive tourist be the answer to his dreams?

Things never run smoothly for those in the Aspida. What should have been a simple rescue mission is plagued by mosquitoes, enraged ghosts, and someone or something draining residents of their life force. Ryan’s first foray into adventure may be his last.

Ryan drew his shield over himself, letting his psychic senses dampen down. All day, most days, he dropped his armor, walking around exposed, vulnerable on all sides to the flood of stimuli. Such was the life of a professional psychic. He was unable to cut himself off when he was on the job. His clients depended on his abilities. While he could cold read a person to give Houdini a run for his money, Ryan was the real deal when it came to being psychic. Houdini would have had a helluva time debunking his abilities.

Here at home, safe in his fortress of solitude, Ryan armored up, drawing upon his psychic shields. He could rest, letting his senses recharge. Elsie—one of the original inhabitants of the town in the 1890s—had been the only thing able to penetrate his shields. The books on his bookcase rattled alerting him that Elsie, his boisterous ghost, had noted his return.

Ryan double-checked the setting on the air conditioning in his tiny Harmony Hall apartment. He might have been born and raised in Cassadaga, but it didn’t mean he loved Florida summers. That said, the air conditioner sat at an acceptable temperature, but inside, the heat stifled him. He turned on the old fan from the 1930s, the kind with barely a whisper of a guard surrounding it, and aimed it at his computer. Only the force of the wind coming out of the fan kept Kuro from jamming his paws into it to catch the blades. His cat didn’t like his fur mussed.

Ryan drew the curtains where his apartment overlooked the Cassadaga Hotel before stripping off his shorts. There, he was as naked as he could get without removing skin, and he was still too hot. He crammed into the cramped shower and ducked his head under the faucet, wetting his hair. Afterward, he strolled into the kitchen, poured himself an iced tea, and rubbed the cool glass across his nipples a few times in a vain attempt to lower his body temperature.

Finally, giving up, Ryan returned to his computer and let the ancient fan and his wet hair act as a swamp cooler. Acclimatize my ass. In quiet moments like this, Ryan was sure he heard the mildew growing on his skin in the humidity. He streamed some indie music and opened up a story file. After a day of work, he enjoyed doing what he’d actually gone to school for: writing.

Unfortunately, his career as an urban fantasy writer hadn’t taken off yet, so he was still in the family business. Much to the endless and completely irrational irritation of his sister, Mary. Ryan didn’t quite get it. She’d been vicious in claiming their mother’s house as her own to do readings in, following their mother’s path. Their whole family possessed psychic abilities, as did many others in Cassadaga, a Spiritualist commune.

Ryan didn’t understand why he couldn’t share the house with Mary, but she was having none of it. She’d been pissed off he’d been accepted into Harmony Hall after proving his abilities worthy of the honor. One had to be psychic to rent there. It bemused him that his only living relative didn’t want much to do with him, and it wasn’t because he was gay. Mary didn’t give a crap about his sexuality. No, she didn’t like the fact that his psychic abilities equaled hers.

Shoving Mary from his mind, Ryan tried to get into his story, but the day’s worries bled into his consciousness. Tomorrow, a big open house would have trainees doing half-price readings at the Davis Center, and he’d have to oversee Lisa, his trainee. It was fun, in a way, interacting with the public, and many turned out for the half-price offering. But surely there was more he could be doing with his ability.

A vague disappointment dogged Ryan because he hadn’t thought to do the psychic TV thing. He assumed they started out legit, but ratings and pressure from the shows’ money men probably quickly led to faking results. Sure, some of them did fake stuff. He’d been on more ghost hunts than he could count. No one got so many results every time, and demons didn’t really lurk around every corner. Oh, he didn’t discount demons—but to have house after house filled with them? He had his doubts. He didn’t want to contribute to all the charlatan acts out there. He was the real deal.

Sighing, he gave up for a moment and tried to clear his head with a little internet therapy. Of course the internet was as big a bane to his writing as it was an asset to his research. He checked out a tarot card Kickstarter using some truly gorgeous art and sighed again. The goal hadn’t quite been reached yet, but hopefully soon. He planned to add them to his collection. His last acquisition had been a steampunk deck almost too pretty to use. Tarot cards were the one thing he collected outside of manga. Ryan had reluctantly put his books into storage because his apartment was too small, and he’d moved to e-books, which didn’t have the same appeal. Still, his hating on the e-book afforded him nothing. He planned to sell some one day.

Elsie fluttered in the corner of his eye like black butterflies dancing in and out of the ceiling fan blades. When he turned his attention to her, she smiled, waved, and faded away, content she’d gotten his attention. Rolling his eyes, Ryan turned to his computer. He goofed off on the internet for a little while longer before getting back to his fantasy world. He’d left his warrior witch in a rough spot. He probably ought to have her save herself. 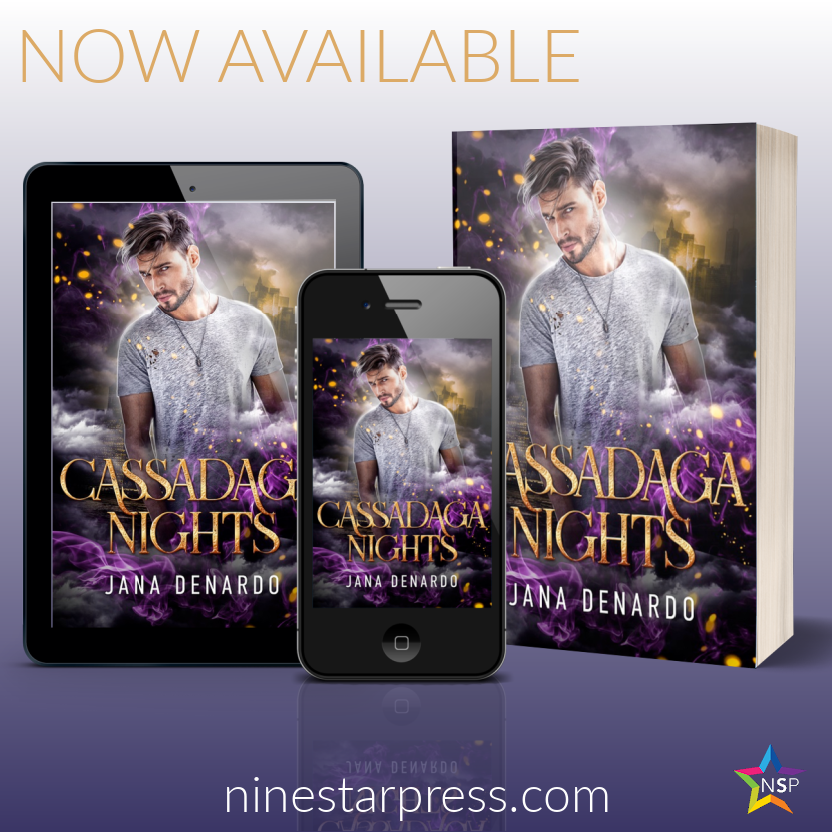 Jana is Queen of the Geeks (her students voted her in), and her home and office are shrines to any number of comic book and manga heroes along with SF shows and movies too numerous to count. It’s no coincidence that the love of all things geeky has made its way into many of her stories. To this day, she’s disappointed she hasn’t found a wardrobe to another realm, a superhero to take her flying among the clouds, or a roguish starship captain to run off to the stars with her.