Forgiven by Colette Davison - Release Blitz with Excerpt and Giveaway

Can love and acceptance help Callum forgive himself?

Callum’s past haunts him and he’s desperate for a fresh start. When his uncle takes him in and the manager of the Heaven and Hell Club gives him a chance, things might be looking up.

Then he meets Dylan—a cocky, make-up wearing twink who challenges all his assumptions about himself.

Getting to know each other changes everything, as they give each other the love and acceptance they’ve both craved throughout their lives. But will it be enough to ease their doubts, heal their wounds, and allow them to have their own happy ever after?

Forgiven is the third book in the Heaven and Hell Club series. It’s a hurt/comfort romance, with a slow burn relationship, a bi-sexual awakening, tattoos, and piercings in interesting places. It can be read as a standalone, but works better as part of the series.

Callum didn’t move until he heard the door shut, then he started the level again. It was easier now that he was alone. His inhibitions dropped away from him and he focused on slicing his beams of light through the coloured blocks. He’d selected easy mode, which was fun but not a challenge. He managed to hit every block the second time through the song, so upped the difficulty level.

He had to move his body a little more on standard mode. The blocks came faster, the patterns were slightly harder. As they were more in time to the music, it actually made the level easier. He had to stretch to hit blocks when they were right at the sides or up high.

He upped the difficulty again and found himself moving even more—only to reach the blocks, he wasn’t actually dancing or anything. The pace of the blocks was almost frantic, and he quickly bombed out of the level. He tried again and again, quickly losing track of time as he became determined to get to the end of the level. Once he’d finished it, he set himself a goal to hit all the blocks in the right direction.

He wasn’t sure how many times he played it through. Being within the virtual world meant he was completely absorbed in what he was doing. He’d worked up a sweat, his heart beat faster and adrenaline made him buzz. He’d learnt the words to the song and was singing along to it. He was moving more now, his body reacting to the music as well as the blocks that flew at him. It was fun.

It was only when his stomach rumbled that he wondered how long he’d been playing. When he got to the end of the level, he stopped and carefully took off the headset. Dylan was sitting on the sofa. Callum glanced around, but there were no pizza boxes in sight. He hadn’t smelt any food either, but he’d needed to be sure.

Dylan shrugged. “You look like you’ve been having fun.”

Callum scowled. “You tricked me.”

“Maybe, but it gave you the freedom to let loose, didn’t it?”

Callum stared at the headset in his hands.

“I told you the game would get you moving.”

“You should have seen yourself, darling. You’ve got a good sense of rhythm and some moves.” 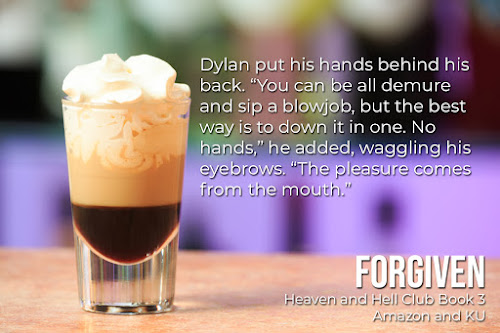 Colette’s personal love story began at university, where she met her future husband. An evening of flirting, in the shadow of Lancaster castle, eventually led to a fairytale wedding. She’s enjoying her own ‘happy ever after’ in the north of England with her husband, two beautiful children and her writing.
Social Media Links
Blog/Website | Facebook Page | Facebook Group: Colette’s Cosy Corner
BookBub | Twitter | Goodreads | Instagram: @colettedavison
Mailing List | Newsletter Sign-Up