They’re enemies who will do anything to win...including each other. When pre-med student Julie Hong wins a spot on a fashion design reality TV show, she celebrates by picking up a hot English guy in a hotel bar. But too many drinks leads to a night of embarrassment and a major hangover, and wow is she glad she’ll never see him again. Until the show starts, and he’s on it too. Julie quickly realizes she’s out of her league among the other designers, and Gavin Bennett, with his cocky grin and sexy accent, is her biggest competition. Julie can't decide if she wants to kiss him or kill him. Or both. After she’s almost kicked off, Julie convinces Gavin to pretend they’re sleeping together for the camera. The ploy works, but as they get closer to the show’s finale their fake relationship starts to become too real. But only one of them can win the show—and they might both end up heartbroken. 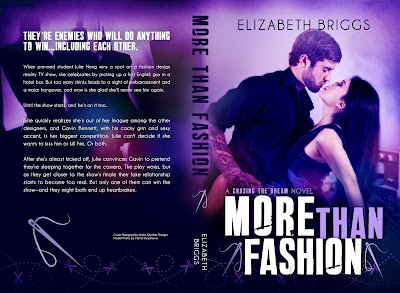 The elevator doors shut, and we were alone. He pinned me back against the mirrored wall, hands pressed to the glass on either side of my head, caging me with his body and his intense gaze.

“Tell me your name,” he demanded again in that sexy accent.

“No names.” I began unbuttoning his shirt.

“I’ve already told you mine.”

I buried my mouth in the spot of skin I uncovered below his collarbone, tasting him there. He groaned and pressed his firm body against me, and I wanted, wanted, wanted. One of my legs went up around him, and he caressed my thigh, dipping under my skirt, inching closer and closer along my bare skin.

“I have to call you something,” he said into my neck, nipping and kissing in a way that made my head spin. And made the room spin. Had he said something? I couldn’t focus. All I could think about was the feel of his lips on my neck and his fingers on my thigh and the aching between my legs.

We tumbled out of the elevator and onto my floor. I tripped on the carpet as we walked to my room and lost one of my heels, which made me giggle. He picked the lost shoe up and dangled it in front of me with a grin. I kicked off the other shoe, and he snatched that one up, too.

Barefoot and laughing, I scampered down the hall to find my room. What was the number again? I soon found the right door, but then I couldn’t locate the keycard in my purse. He came up behind me, holding my heels in one hand, looking impossibly sexy with his shirt half-unbuttoned. His fitted black jeans hung low on his hips, hugging his long, lean legs, and his hair was messy from me running my fingers through it.

Forget the room. I pushed him against my door and kissed him there in the hotel hallway. Hard. Intense. Sliding my body against his. He wanted me. I could feel the evidence of it pressed against my stomach. My hand fumbled at his waist, seeking the front of his jeans. No one would notice if we did a little something right here… 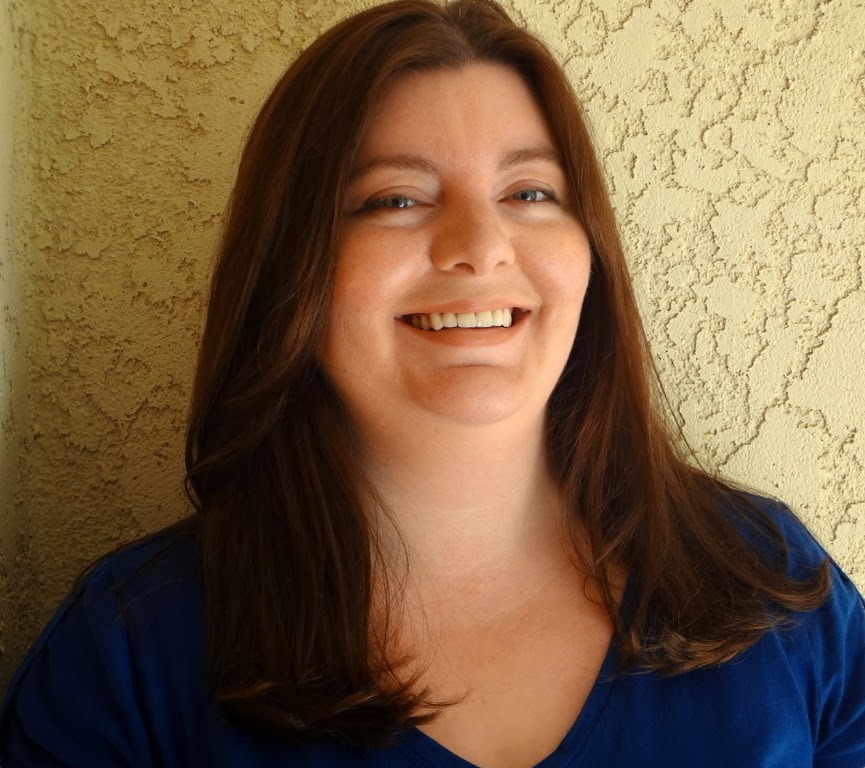 Elizabeth Briggs is a full-time geek who writes books for teens and adults. She graduated from UCLA with a degree in Sociology, currently mentors teens in writing, and volunteers with a dog rescue group. She's the author of the new adult Chasing The Dream series and the upcoming young adult novel Future Shock.

Elizabeth lives in Los Angeles with her husband and a pack of fluffy dogs.

Elizabeth is represented by Kate Schafer Testerman of KT Literary and is a member of SCBWI and RWA.