Agate: Then and Now by M.D. Grimm - Book Blast with Giveaway 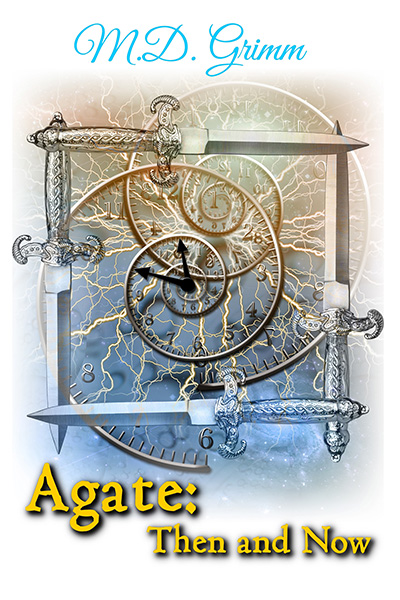 Blurb:
Time travel. For mages, it violates their number one rule: what the Mother has written, let no one unwrite. The Mother writes the destinies of the creatures on the world of Karishian. If her writings were undone, it is feared that Creation itself could be undone. The Dark Mage Morgorth takes this rule to heart, but there are others who do not.

Morgorth is about to claim a stone of power when it is stolen from him by a female mage he hasn't seen in decades. As they struggle for the stone, she activates it, and Morgorth is unwillingly plunged into another time and another place. It isn't long before he realizes what time he's found himself in and there are a few familiar faces.

Most notable is a much younger version of Aishe. His mate.

Living with a tribe who will be massacred, caring for a young lad who will become his mate, and fighting a battle against a mage who can travel from past to future at a whim; Morgorth's life has never been easy but now he must contend with the will of the Mother. Unable to change the future and the tragedies of Aishe's life, he must decide what his role in his mate's past will be, and ask himself one vital question: how does one defeat time?

Even as I felt the air around her began to tremble and heat, I only had a split second to make a decision. I lunged forward, trying to grab the stone again. She jerked her arm away but I managed to grab her wrist just as she activated the stone's power. I didn't have time to change my mind as a silver dome formed around Drasyln, as the stone seemed to open a vortex with a gravity I couldn't fight. I was being suffocated, compressed on all sides. My breath left my lungs, my muscles seized and wept. My last thoughts were of Aishe, and if I would ever see him again.

In my efforts to prevent this exact event, I realized I'd just broken the cardinal rule of a mage. The Number One rule my mentor Master Ulezander had ever taught me.

What the Mother has written, let no one unwrite.

Atcoatlu was an agate. It was the stone of time.

M.D. Grimm has wanted to write stories since second grade and nothing has changed since then. Thankfully, she has indulgent parents who let her dream, but also made sure she understood she'd need a steady job to pay the bills. After graduating from the University of Oregon and majoring in English, she embarked on her writing career and couldn't be happier. Working by day, writing by night, she enjoys embarking on romantic quests and daring adventures and creating characters that always triumph against the villain and find their soul mate in the process. 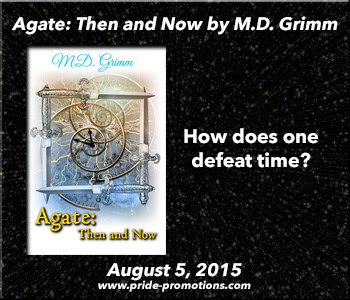 Rafflecopter Prize: E-copy of ‘Agate: Then and Now’