The Camp by Victoria Zagar - Book Blast with Giveaway 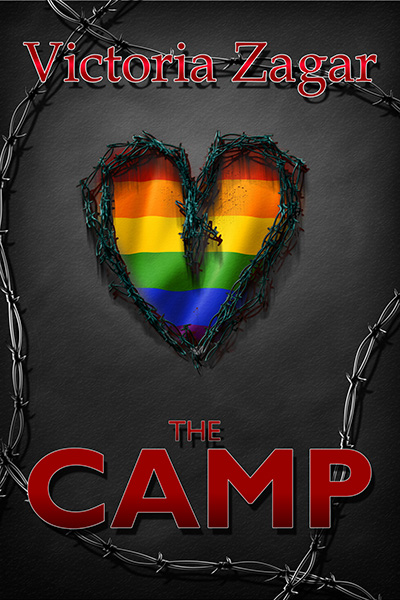 Jesse Harvan comes home from school one day to find his parents have discovered the gay pornographic magazine hidden under his bed. Disgusted, they decide to send Jesse to Camp Grady, a summer camp which prides itself on converting people's sexuality.

Once at the camp, Jesse meets the other inmates: Charlie, a disabled African-American gay teenager, Natalie, a transgender girl, her sister Lita, Japanese lesbian Sakura, and last of all, Minister Grady's son Jacob, who works for the camp under duress. These teens must learn to bridge their differences and get along if they’re to beat their common enemy and keep their identities–and sanity–intact.

I sit in the back of an old school bus that has been converted for the camp’s use. It rankles that I didn’t even get to say goodbye to Sam. Mom and Dad wouldn’t let me near him. I tried to send him an e-mail, but it was blocked. I didn’t have time to figure out how their new family-filter software worked. The next morning, I was on a plane to Pennsylvania, Mom and Dad accompanying me like this was some kind of family vacation. They left me at the airport and went their own way, transferring me directly to camp custody so that I wouldn’t get infected with any gay on the way.

I know I’ll be going back home eventually, but it doesn’t feel like it right now. I feel like Camp Grady will go on forever. My greatest fear is that the me who goes home won’t be the same as the one sitting here right now.

What if they can change me? What if they do have the power to fix me? That thought in my head argues with its natural opposite: I’m not broken. I won’t change. There’s nothing they can do to change who I am.

Last night I scared myself. I went onto the Internet and looked up ex-gay camps, which surprisingly were not filtered out. There are people who claim that they work. That they’ve thrown away partners, friends, and husbands because they’ve been ‘cured’. I read reports of abuse and beatings that made my stomach clench. I cried myself to sleep for the first time in a long time. I’m genuinely scared. How can something like this be legal? Apparently in California it isn’t. I wish I was a San Francisco kid. Maybe then my parents would be cool, and I wouldn’t feel so alone in the world.

Victoria was born in the United Kingdom but emigrated to the United States at age 21. She’s bisexual, genderqueer, happily married, and still shouts in a British accent. She lives with her husband in Pennsylvania where she spends a lot of time playing and talking about video games, especially Japanese role-playing games. 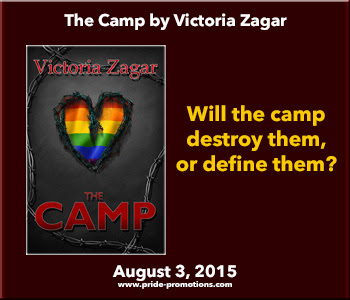 Rafflecopter Prize: E-copy of ‘The Camp’ by Victoria Zagar