Spurred On by John Keys - Book Blast with Giveaway 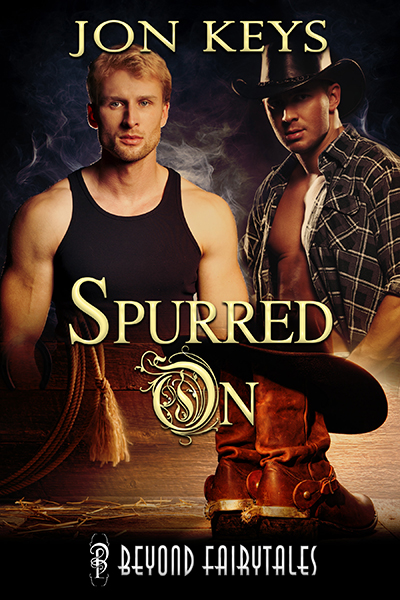 Kegan’s new stepfather and stepbrothers are out to make his life miserable. Between the bullying and being overworked, he’s nearly at his wit’s end. When his mother leaves on an annual cattle buying trip for the ranch, he’s determined to suffer through. He must, if he expects to protect her like he promised his dying father.

When the family of a young man he’s been infatuated with holds a rodeo, Kegan can’t see a way he can compete. Not until a mystical medicine hat stallion walks into his life. It’s not long before they are the talk, and mystery, of the rodeo.

The only thing more daunting than keeping his identity secret is how Kegan is going to balance all this with his draw to the man of his dreams. Will Cole end up being his magical prince, or is Kegan going to find himself left in the dust?

An hour or so later, Kegan stood in the driveway watching Alec drive away in the final rays of sunshine. Alec had offered to give him a ride to the rodeo, but he’d turned him down. Once the pickup disappeared from sight, he walked into the house and worked his way to the dark back room he called his bedroom. He flipped on the light and clenched his jaw at what he found.

His clothes were strewn across the room. Some were ripped, but all of them looked and smelled like they’d been stomped on by someone who’d just walked through the holding pens after they’d worked cattle. They were smeared with mud and cow shit.

“Dammit to fucking hell! The assholes!”

He stomped through the room, kicking piles of clothes out of his way in a blaze of fury. Everything he touched needed to be patched, washed or, more often, both. This settled it. Brent and Seth were out to make his life miserable. The question had become, what was he going to do about it? They seem to have done a good job of taking away his choices.

He began to straighten the tiny basement bedroom. A few minutes later, the job became so discouraging he dropped to the bed and sighed. Kegan lost track of time as he thought through the last months. The sound of a horse nearby shook him from his desolation.

He forced himself from the bedroom, tired of being the one who was crapped on around there. He stomped through the empty house, his anger as fierce as ever. Another nicker drifted to him, and his focus shifted to the present. He opened the door to find a horse standing beside the porch. A beautiful Paint stallion with classic medicine hat markings.

Kegan eased down the steps and held one hand toward the horse, watching him closely. The animal leaned forward, sniffed him, and then snorted.

“Hey, big guy. Where did you come from? If a medicine hat had appeared in any of the BLM herds around here, we’d have known.”

The horse tossed its head, the black and white markings shimmering in the sun. He didn’t shy as Kegan moved closer. The horse’s only reaction was the rippling of thick muscles as it shifted its weight.
“Easy, boy. You’re awfully tame.”

The horse froze in place, studying Kegan as he moved closer. He reached out, resting his hand against the stud’s silky skin. It nickered at the touch but didn’t move. As he ran his hands over the animal, he marveled at how calm the stallion was. This was one of the steadiest horses he’d ever come across.

“Fella, you must belong to someone. Where’d you come from? I know if I was missing a horse like you I’d be having a fit.”

He turned to go into the house and put out the word he had a mystery horse. When he did, the horse stepped in front of him.

Kegan tried to step around him again, but the horse’s hooves shot out and stopped him. After a third attempt earned him the same results, he threw his hands up in surrender. “Okay, so you don’t want me to go into the house. What are we going to do?”

The stallion stuck his muzzle in Kegan’s face and snorted. He turned and started down the driveway toward the river. The river had become Kegan’s favorite place to escape his problems, especially after his dad died, and they scattered his ashes there. He had spent a lot of time watching the snowmelt flow past. In the past couple of months, he’d stopped going to the river. But the mysterious horse headed directly toward a large boulder marking his favorite spot.

The stallion threaded its way through aspen thickets that looked tight for a goat, but he slipped into them without disturbing a leaf. The sound of the river grew as they passed through the mix of evergreen, aspen, and willow. He cleared the final clump of trees to find the horse standing among boulders larger than he remembered.

Kegan took a step and froze in mid-stride. A neatly folded set of clothes was perched on the nearest flat rock. He stepped closer and touched them. The deep-blue jeans and the heavily pressed white shirt were obviously new, not some freak occurrence. He glanced around, wondering what was happening.

“Horse, did your rider fall in or something? You don’t seem concerned about finding anyone though.”

He searched up and down the riverbank to see if someone was trying to swim, or in trouble. He checked for a good distance in each direction and found nothing to indicate the source of either the horse or the clothing. He made his way to the boulder holding the pile of clothes and ran his hand over them.

The Paint stepped close and pushed them toward Kegan. He flared his nostrils and snorted again. With the horse fixed squarely in his sight, he pulled the jeans from the boulder and held them in front of him.
“They’re my size. How the hell....”

The horse struck his hoof across the rock and the wind gusted, sounding like the low note of a Cheyenne flute. The tone drifted away, but not before leaving Kegan with a lingering sense of peace. He looked again to find a cowboy hat, hand-tooled belt, and a pair of boots in the mix with everything else. Each of them appeared custom made. He studied the stallion again.

“You know, I never put much store by the whole medicine-hat-horse-having-magic thing, but I’m starting to change my mind.” He paused for a minute to consider. “Does that mean you’re going to let me ride you, too? I need a horse to do the rodeo thing.”

The stallion slipped beside him, pressed his nose under Kegan’s backside, and shoved him forward. His nudge was enough to send Kegan stumbling across the rocks.

He stripped quickly, splashing the crystal-clear water over himself to wash off the day’s dust and sweat. As he slipped into the clothes, he found he’d been right. Each piece was a custom fit. The boots came to just below his knees and stitched across the uppers were patterns of horses and aspen leaves. The jeans hugged his butt, emphasizing his ass until even he had to admit it was toned and muscular. By the time he fastened the silver buckle and situated the hat, he was transformed. The ugly duckling feeling he always had, evaporated. With a final brush of his hands, he fixed his gaze on the horse.

“All right. It’s time to see if this is going to work out. We need to get to the stable and find a saddle to fit you. The big question is, are you going to let me ride you? I guess now’s as good a time to find out as any.”

Jon Keys’s earliest memories revolve around books. Either read to him or making up stories based on the illustrations, these were places his active mind occupied. As he got older the selection expanded beyond Mother Goose and Dr. Suess to the world of westerns, science fiction and fantasy. His world filled with dragon riders, mind speaking horses and comic book heroes in hot uniforms.

A voracious reader for half a century, Jon recently began creating his own creations of fiction. The first writing was his attempt at showing rural characters in a more sympathetic light. Now he has moved into some of the writing he lost himself in for so many years…fantasy. Jon has worked as a ranch hand, teacher, computer tech, roughneck, designer, retail clerk, welder, artist, and, yes, pool boy; with interests ranging from kayaking and hunting to drawing and cooking, he uses this range of life experiences to create written works that draw the reader in and wrap them in a good story. 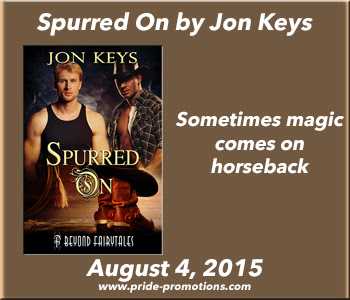