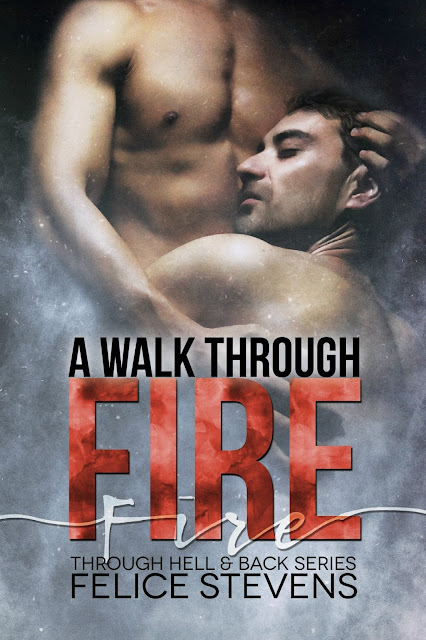 Years after running away from an abusive foster family, Asher Davis still struggles with the guilt of leaving his foster brothers behind. He’s climbed to unimaginable heights as a ruthless, high-powered attorney, creating a life of power and control and takes whatever and whomever he wants.

Blaming himself for the death of his parents, Dr. Drew Klein retreats into a shell of loneliness, merely going through the motions of life. After a disastrous, short-lived marriage, Drew leaves his lucrative medical practice to set up a clinic for abused young men and women. The decision has more repercussions than Drew could ever imagine when the dark and sensual Ash Davis volunteers to help.

Although Drew isn’t gay, Ash is inexplicably drawn to him. He vows to simply bed him and forget him like he's done with every other man. However, Drew's sweet and caring nature and unexpected passion both stun and frighten Ash, who questions his right to any happiness at all. And when Ash befriends an abused young man who unwittingly draws the clinic into danger, threatening Drew’s safety and that of his beloved grandmother, Ash discovers that there is nothing he won’t sacrifice to protect the love he never thought he’d find.

Author Note: This is a re-release of a previously released edition from November, 2014. It has been completely re-edited with over 15k added. 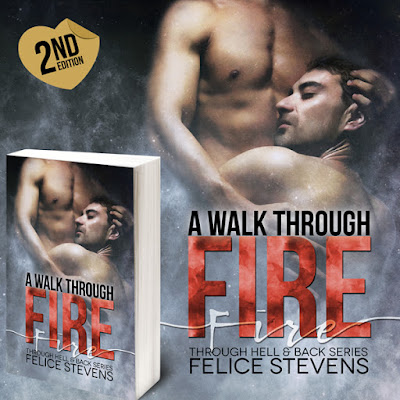 “Have a drink, Drew, and tell me why you’re here.” Ash sipped his vodka and stared at Drew over the rim of his glass.

“No, thanks, I’m driving. But I do want to talk to you.” The man was a study in contrasts. Drew couldn’t think of a time he hadn’t seen Ash perfectly dressed, every hair in place, looking like he’d stepped out of a men’s fashion magazine.

Tonight, however…well, he looked off-kilter. Though he still had on his clothes from earlier, his white shirt was uncharacteristically wrinkled and unbuttoned lower than he’d ever seen. Dark stubble shadowed along his jaw, and his hair lay unkempt and disheveled. Drew shifted on the sofa. “Look, I know this may sound stupid, but my grandmother was concerned about you, so she asked me to stop by and check up on you.”

“And of course you do everything your nana says.”

A tiny smirk hit the corner of Ash’s lips. “What’s the matter, Doc? The truth hurts?”

The bastard. After all the nice things his grandmother had said about him, how she’d worried about him, this was his response? To act like the snide sarcastic son of a bitch he’d been at their first meeting? How dare he treat her concern as if it were nothing. And to think he’d actually thought they were friends. “What the hell do you know about the truth, huh? No one knows anything about you; you have no friends, no lover.” He stood, ready to leave. “No wonder you’re all alone. No one cares about you. You aren’t worth it.” Even as he spoke, Drew regretted his harsh words—he’d never spoken so cruelly to anyone. But no one had ever gotten under his skin like Ash Davis.

Like a snake uncoiled, Ash jumped off the sofa and grabbed him by the shoulder. “Take that back.”

“What’s the matter, Davis? The truth hurts?” He mimicked Ash’s earlier words and watched the anger flare in those colorless, glittering eyes.

Ash tried to grab on to him, but Drew wrenched away and took off for the door, speaking over his shoulder.

“People don’t like you, Ash; they want to fuck you because you’re beautiful. That’s not liking. That’s not a friendship. How many relationships have you ever had with another man? You’ve never even had a boyfriend or a permanent relationship, have you? Because you have to have a heart. You have to care about someone. How can you value someone else in your life when you don’t even value yourself?”

Ash grabbed him. “Don’t think you can say that and then fucking walk away from me.” He shoved Drew against the wall. “Who the hell do you think you are?”

Ash’s hand tightened on his bicep. It hurt, and Drew pulled away. He didn’t get into physical fights with people; violence never solved any problem. “I thought I was your friend. But now I see I’m not. You don’t know how to be a true friend. You run at the first sign of closeness and make fun of relationships. Relationships require effort, a give-and-take. You don’t know how to give because you’re always the taker.”

Ash slammed him back into the wall. For the first time, unease rippled through Drew as Ash’s hard body pressed against his. Unease and something dark and sinuous uncoiled in his stomach, but he ignored it and tried to wriggle out of Ash’s unrelenting grip.

Instead of moving away, Ash pushed harder against him. There was no mistaking that thick ridge between the two of them. Drew’s heart raced until he could barely hear Ash through the pounding in his head.

“You said people don’t like me; they only want to fuck me. Then you said I’m a taker.” Before Drew could breathe, Ash grabbed his hands and pinned them above his head, forcing their bodies to press against one another. “But you need to know, Doc, that nobody fucks me. So tell me. You want me to take you?”