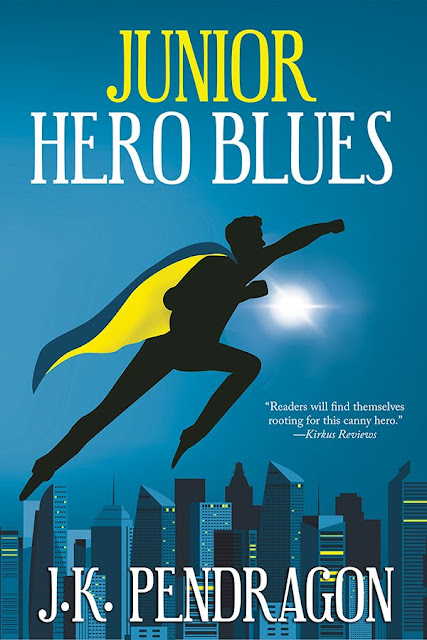 There is a lot of swearing in my books. I find it a useful tool, as a way to add characterization to and just to add realism. People swear a lot. It's just the way they are. Adults reacting to adult situations are not going to say things like "gosh darn" and "dog gone." Whether or not a character uses profanity, and what kinds they use can say a lot about them, their personality and their background. I also just take a particular pleasure in swearing. As someone who grew up as a goody two-shoes who never swore, and then slowly realised that "bad words" along with other "bad" things weren't just arbitrarily bad because some people decided they were, swearing reminds me that there's nothing wrong with any action, as long as you're not hurting someone with it.

However, when transitioning from writing adult romance to writing young adult fiction, I did have to take a look at my writing, and decide what level of profanity I wanted to include. Now, I'm not of the opinion that young adult books should not include swearing. The fact is that teenagers swear, and they know and are surrounded by swear words. But also, I think, teenagers can be more hesitant to swear, because a lot of them are still in that stage where they're figuring out what things are actually bad, and what things they have just been told by adults not to do. It really depends on the person.

The final decision I came to was not to cut swear words out entirely, but also not to use them as punctuation like I have in some of my books. I decided to have the swear words act as an emphasis, for when the characters were feeling particularly emotional, or to show that a teenage character considers themself more mature than others. Obviously books aren't real life, and it's common enough for books not to use swear words that people aren't going to be surprised if a book (especially a YA) doesn't include them, so I think waiting for the opportune moment to use a swear word for emphasis can be really effective.

I also think I used the phrase "swear words" way too many times in this post.

By the way, did you guys notice in the new Captain America movie that Spider-man got to use one of the few allotted swear words in the movie? I loved that.

Anyway, thanks for reading, and don't forget to leave a comment with your name and email address to be entered to win one of three $15 Amazon gift cards! Hope you're all well, and happy swearing!

Last year, Javier Medina was your average socially awkward gay high schooler with a chip on his shoulder. This year, he’s . . . well, pretty much the same, but with bonus superpowers, a costume with an ab window to show off his new goods, and a secret identity as the high-flying, wise-cracking superhero Blue Spark.

But being a Junior Hero means that Javier gets all the responsibility and none of the cool gadgets. It’s hard enough working for the Legion of Liberty and fighting against the evil Organization, all while trying to keep on top of schoolwork and suspicious parents. Add in a hunky boyfriend who’s way out of Javier’s league, and an even hunkier villain who keeps appearing every time said boyfriend mysteriously disappears, and Blue Spark is in for one big dollop of teenage angst. All while engaging in some epic superhero action and, oh yeah, an all-out battle to protect Liberty City from the forces of evil.

Welcome to the 100% true and totally unbiased account of life as a teenage superhero.

J.K. Pendragon is a Canadian author with a love of all things romantic and fantastical. They first came to the queer-fiction community through m/m romance, but soon began to branch off into writing other queer fiction. As a bisexual and genderqueer person, J.K. is dedicated to producing diverse, entertaining fiction that showcases characters across the rainbow spectrum, and provides queer characters with the happy endings they are so often denied.

After writing in the romance community for several years, Junior Hero Blues is J.K.'s first book for young adults. Having been very positively affected by the queer books they came across as a teen, J.K. hopes their young adult books can have a similar effect on teens who may have a harder time finding books about people like themselves.

Notable works by J.K. Pendragon include Ink & Flowers, a contemporary romance novel with coming out themes, and To Summon Nightmares, a horror-fantasy that follows the journey of a young trans man into a world of magic and danger. To Summon Nightmares is the winner of the 2015 Rainbow Awards' Best Transgender Fiction award. J.K. also contributed to Less Than Three Press's Geek Out: A Collection of Trans and Genderqueer Romance.

J.K. currently resides in British Columbia, Canada, with a boyfriend, a cat, and a large collection of artisanal teas that they really need to get around to drinking. They are always happy to chat, and can be reached at jes.k.pendragon@gmail.com and on twitter @JKPendragon.

To celebrate the release of Junior Hero Blues, three lucky winners will receive $15 in Amazon credit! Leave a comment with your contact info to enter the contest. Entries close at midnight, Eastern time, on November 12, 2016. Contest is NOT restricted to U.S. entries. Thanks for following the tour, and don’t forget to leave your contact info!