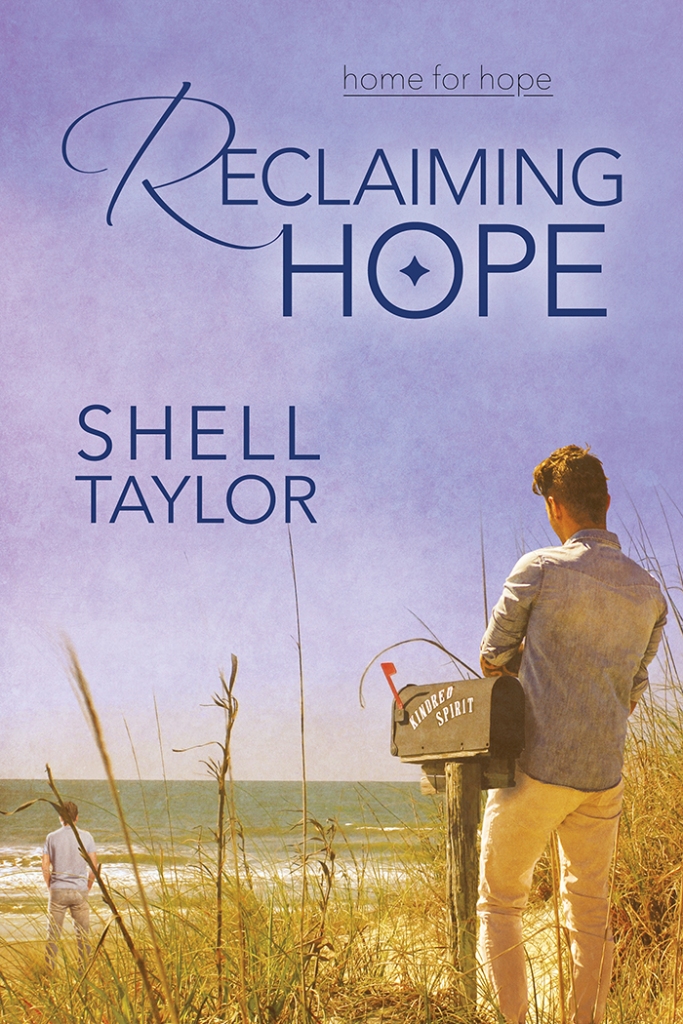 Four years ago, Kollin Haverty’s best friend, Riley Meadows, dropped off the face of the earth. When he shows up out of the blue, armed with a flimsy excuse for disappearing and having nearly completed his transition from female to male, Kollin wants to pick up where they left off. But Riley’s unwillingness to be honest with Kollin prevents him from fully trusting Riley again. Despite Riley’s insecurities and Kollin’s abandonment issues, they quickly discover there’s something more than friendship between them.

When a ghost from Riley’s past unexpectedly appears with haunting memories in tow, Kollin’s anger about being lied to outweighs his desire to be the understanding boyfriend Riley needs. As Riley’s web of strategically withheld secrets begins to unravel, he must find the courage to pursue his own peace before he can move forward with Kollin, and Kollin must decide what’s more important—supporting his best friend or protecting himself.

Adam rolled his eyes to mimic her and then turned his attention toward Kollin. “Look who the cat dragged in.”

For some reason, Kollin’s heart fluttered. Waves of nervousness raced through his body as he tried to figure out why Adam thought he should know the stranger. He’d never told either of his parents about meeting the guy at the bookstore, and even if he had, Adam couldn’t have known he was the same person.

The man studied the ground, seemingly reluctant to look at Kollin, but Kollin knew he couldn’t identify him even if they were staring directly at one another.

Fortunately Adam saved him from further embarrassment. “I didn’t recognize Riley until he threatened to own me in Ping-Pong.”

Kollin sucked in a huge gulp of air. The nervous flutters, which had been nothing more than a curious enigma, ceased, and he suddenly felt as if a boulder had settled in the pit of his stomach.

He hadn’t spoken to Riley Meadows in over four years. When Kollin’s parents kicked him out, Riley had been the one who kept Kollin sane. He tethered him to reality when all he’d wanted was to escape inside himself. They’d kept in touch when Riley first went to college and somehow became even closer—until Riley seemingly dropped off the face of the earth. Phone calls, e-mails, texts… all unanswered. Kollin eventually took the hint and gave up.

Now Riley was back?

Reclaiming Hope is the third book in the Home for Hope series. It is best to read this series in order because the backstory for both Kollin and Riley are in the previous two books.

Reclaiming Hope picks up four years after the previous book, Resurrecting Hope. Kollin has long ago been adopted by Elijah and Adam and now has a little sister who's twelve. Kollin's in a good place in his life finally, he's in college, volunteers with his Dads at Home For Home, and has plans for his future. While he still has some abandonment issues, life is really good for Kollin. One day while he's out studying, he's approached by an attractive young man, thinking he's flirting with him he flirts back but nothing comes out of it. A few days later, Adam is speaking with the young man again but this time at H4H, he introduces him to Kollin and tosses his world upside down. The young man is Riley, who disappeared out of Kollin's life four years ago.

Kollin and Riley were best friends both dealing with being queer, and in Riley's case, being transgender and just starting the transitioning process. While Riley's home life wasn't bad, his parents didn't accept his wanting to transition. Kollin was living with an abusive family and used Home for Hope's center as a getaway after school so he didn't have to go home. Riley was also harboring deeper feelings for Kollin but had so many issues in his life that he didn't want to ruin their friendship in case Kollin didn't feel the same.

Kollin and Riley start getting to know each other again but Kollin knows Riley is hiding something or at least holding information back from him. This causes Kollin to not trust Riley completely, which also makes him feel like Riley could disappear from his life again.

I'll admit I was a little hesitant of where Kollin and Riley's story might go. I loved both characters in the previous books but hated that Riley disappeared out of Kollin's life. I almost expected that if the author wrote Kollin's book eventually that we'd find out something tragic had happened to Riley. So I'm thrilled that wasn't the case and that Riley and Kollin got a start at a HEA. And yes this is a start because both of these young men are just that, young. Kollin isn't even 21 yet and Riley is just past 21, I believe. They still have a lot of things to work through by the end of the book but the romance between them is solid and their sex scenes were very hot. The author did not hold back on the scenes between them, even though Riley hasn't had bottom surgery just yet. Riley has completed his transition by the end of the book though, which is one of the things he struggles with through out the book.

I enjoyed the developing story between these two, watching them move from friends into the start of a solid relationship. I liked that the author made these characters assess their feelings causing them to take a hard look at themselves as much as what they wanted from the other person. I only wish that there had been a little more toward a solid HEA vs just the HFN. I hope the author revisits these two in the future either in another book of their own or as part of another couple's story, just to complete their circle.

I definitely recommend this one for anyone that's read the other books in the series and for those that haven't, pick up the series and enjoy it from the start.

Shell Taylor is a full-time mother of three exuberant and loving kiddos and one fur baby, a tiny but fierce Yorkie-poo named Rocco. As a Christian who practices love, grace, and humility, she tries her best to instill these same virtues in her rowdy kids. She is a huge fan of Marvel comics and will never stop loving Harry Potter (Hufflepuff pride, baby!) When Shell isn’t writing, she can be found binge watching Netflix or volunteering at her church and childrens’ school. Shell considers herself blessed to have married a strong, supportive man who works hard to allow her to continue to follow her dreams.

You can also email Shell at - shell4jmu@gmail.com

October 26: Because Two Men Are Better Than One