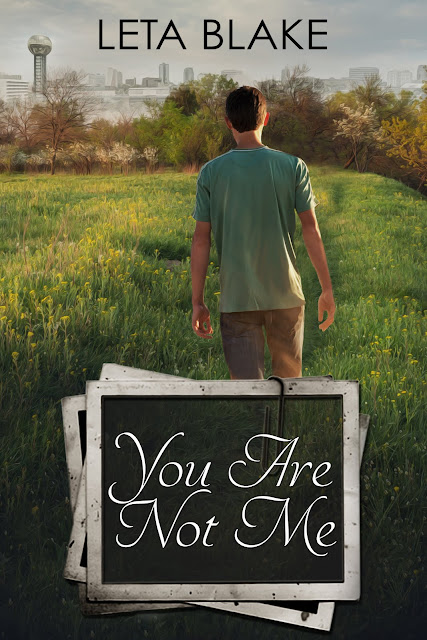 After a tumultuous final year of high school, Peter Mandel needs a break. It's the summer of 1991, and his secret relationship with his ‘best friend’ Adam Algedi is put on hold as Adam goes away to Italy for the summer. On the cusp of adulthood, Peter has a couple of months to explore who he is without Adam at his side.

Enter Daniel McPeak, a slightly older, out, responsible college guy with a posse of gay friends and an attraction for Peter. Drawn into the brave new world of the local gay club, Peter embarks on a whirlwind of experiences—good and bad—which culminate in a hotel room where he has to make the ultimate choice.

But Adam will come back eventually, and there are promises that have to be kept. As autumn draws near and college awaits, can Peter break free of the binds of twisted first love? And what exactly is Daniel's role in his life - a brief temptation, or something more?

Join Peter in the second book of this four-part coming of age series as he struggles to love and be loved, and grow into a gay man worthy of his own respect.

This new series by Leta Blake is gay fiction with romantic elements.
Book 2 of 4.

The stool next to me wasn’t empty for long. Minty dropped onto it, his purple tutu rubbing against my chinos and his thin, white arms curled up to rest on the bar. He stared at me for a long, curious second. “I’ve met you before, right?”

“Yeah.” I shook off my disappointment and gave him my attention. “Last spring, up on campus.”

I stared at him.

“My car was broken down,” I said slowly. “Daniel helped me.”

Minty grinned. “Oh, right! I remember now. You looked amazing that night. Made of moonbeams. Everyone was made of moonbeams.” He tilted his head. “You look all right now too.”

Minty laughed and fluffed his tutu. He turned away from me to hammer his fists on the bar. “Jolly Zima, Barry! Watermelon! Hit me!”

Barry rolled his eyes, but he pulled a Zima out from the fridge and popped the lid, then reached under the counter and came out with a watermelon Jolly Rancher, unwrapped it, and dropped it into the drink. Minty slapped three dollars down and took a dainty sip.

“Ah! Perfection!” He turned to me with his eyelashes lowered flirtatiously. “Anyway, back to what you were saying. We haven’t fucked yet?”

Startled, nervous laughter bubbled out of my mouth.

“Sure thing. You’re the boss.” Minty sighed and leaned toward me conspiratorially. “He won’t fuck me either. What’s a girl gotta do these days? I mean, I look good, don’t I?”

I looked him over—white, though scuffed, ballet slippers, purple tutu, toned, pale, lithe arms, and his made-up face. “Sure. You look really pretty.”

Minty grinned. “Aw, you know how to make a girl feel nice.”

“Didn’t I just see you downstairs with two guys, though?”

Renée appeared at my side, dropping an arm around my shoulder. “Minty, doll baby, I need you backstage in an hour. You’re my naughty boy tonight.”

“You’ll be gorgeous.” Renée grabbed hold of Minty’s face and looked him over. “We need to put some eyelashes on you too.”

“Yes! Every man in this room will ache to be in that pert ass of yours.” She glanced at me and then back at Minty. “Except Peter here.”

I didn’t like my positional preferences being discussed like it was any of their business, but I was mystified that Renée seemed so certain about it. Was there something about me that screamed loves it up the ass?

“How do you know who Johnny Bench is, woman?” Barry handed Renée a milky-looking drink topped with brown liquor.

“I’ve never mentioned baseball to you and you know it.”

“Of course not. You’d never do that to me. Earl at Ringo Comics, though, he babbles on and on about it when he’s trying not to come. Earl says I catch like a pro.” She patted her ass.

Daniel was right last spring when he said Robert and Renée were the same but different people. Robert could be sassy and forthright about his sexual shenanigans, but raunchy details rarely left his mouth. My face burned.

“Hear, hear!” Minty cried, throwing back his head to draw a long swig from his Zima.

“Earl’s positive.” Barry’s gaze bore into her. “You used a condom?”

“Of course!” Renée licked her lips and shifted nervously to her other foot, her hip cocking out. “I always do. You know that.”

Minty bit his purple-painted thumbnail, eyes going distant. “I’m probably positive. I should get tested. My mom wants me to get tested.”

Barry nailed Minty and Renée with a frustrated glare. He reached under the counter and pulled out two condoms. Then his gaze shifted to me and he pulled out a third. “For fuck’s sake, use these. Every time. Every damn time.”

Renée stuffed the condom in her bra. Minty held it up in front of his face and then gave it a kiss before lifting up his tutu to tuck it into the waistband of his white briefs. Nodding, I pocketed the one Barry handed to me, even though I wasn’t going to need it. Adam was in Italy and the casual sex Minty and Renée played with was something I’d never risk.

Breaking the tension, the two guys Minty and Daniel had come upstairs with shoved into the space between us, ordering beers from Barry and slinging their arms around Minty’s shoulders or Renée’s waist.

“Who’s this?” asked the muscular, olive-toned one, dropping a kiss on Minty’s upturned cheek.
“Peter,” Minty said sweetly, like I was a cat he was fond of. “He knows Renée, Barry, and Daniel.”
“Ah.” The guy was handsome with bedroom eyes. Dark circles smudged beneath them, as if he’d just left a fistfight or he’d been crying his eyes out. Both thoughts twisted something up in me, a hand grabbing my heart and squeezing for a second. He looked like he needed a hug.

Minty caught me staring up at his friend. “He’s smarter than he looks,” he said, out of the blue, and I blinked in confusion. “And he likes to kiss more than fuck.”

“Okay?” I had no idea why Minty was telling me this.

“Is he your boyfriend?”

“What?” Minty looked scandalized. “Of course not. That’s gross.” He grinned slyly. “He could be your boyfriend, though.”

I shook my head, and Minty laughed.

“Name’s Antonio,” the guy said, sticking out his hand. “Ignore him. He’s always trying to set me up with pretty bottoms. I keep telling him I’m not a top.”

Minty rolled his eyes. “You have to be a top. Have you looked in the mirror? Those eyes? That mouth? Your tough-guy pout? C’mon. Fuck me.”

Antonio sighed. “I only like to stick it in chicks. I’ve told you.” He tugged their Asian friend a little closer. “This one’s the top.”

I gulped club soda, unsure how to deal with a conversation with complete strangers about who liked what about butt sex.

Antonio snorted. “I love eating pussy, but nothing beats a cock up my ass.”

Antonio went on. “Sometimes a man’s gotta make a choice about what he wants to pursue in life, and, well, I’m chasing dick.”

“Can’t blame you for that, man,” Barry said, nodding.

Minty grabbed their Asian friend’s tie and pulled him down close, saying to me, “This is Windy. With an ‘i’ in the middle and a ‘y’ on the end. And he tops like a champ.”

Windy kissed Minty’s cheek and winked at me.

Minty’s eyes narrowed. “Don’t ask where he’s from, it pisses him off.”

“Why would I ask him that?” I said, confused.

“People always want to know. ‘Are you from Japan? Or China?’” Minty rolled his eyes. “He’s from Vietnam.”

Windy shoved Minty hard enough to unseat him from his stool. “I’m from Kentucky, asshole.”

Once Minty had righted himself, he gripped my shoulder and whisper-yelled into my ear, “Windy’s basically my best friend besides Daniel. We only fucked once.”

“That’s how I know for sure he’s a great top. You should try him.”

Windy laughed at me and then swept in and gave Minty a wet kiss on the mouth. I wasn’t sure if there was tongue or not. Breaking away, Windy grabbed Minty’s Zima and took a swallow from it.

“So, Minty and Windy, are those your real names?” I asked.

“Is your real name Peter?” Minty asked, his eyes narrowed.


“Well, aren’t you lucky then?” He tossed head, lifted his hand dramatically, and Windy pulled him up from the stool. “To the dance floor!” He grabbed hold of my arm and tugged me up too. “Let’s show this crowd what gorgeous bitches we are!”

Author of the bestselling book Smoky Mountain Dreams and fan favorite Training Season, Leta Blake's educational and professional background is in psychology and finance, respectively. However, her passion has always been for writing. She enjoys crafting romance stories and exploring the psyches of made up people. At home in the Southern U.S., Leta works hard at achieving balance between her day job, her writing, and her family.

Two lucky winners will win an ebook copy of Pictures of You, ’90s Coming of Age #1