A Kind of Home by Lane Hayes - Release Blitz with Excerpt, Review, and Giveaway 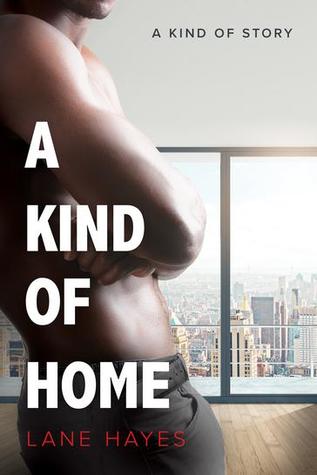 Isaac Dalton is the guitarist for Spiral, arguably the biggest rock band in the world. The band’s meteoric rise to superstardom has its perks, but fame and fortune aren’t all they’re cracked up to be. Nonstop touring and performing exhaust him, and when an overzealous fan makes it imperative that Isaac travel with a clingy bodyguard, he is ready for a break from the madness. More so when his newly single first crush shows up on his doorstep. The man is strictly off-limits. He’s a memory from a place Isaac would rather leave behind. And he’s straight.

Fun-loving former athlete slash construction worker Adam McBride desperately needs a new beginning. And New York City is the perfect place to start over and think about how to rebuild his life. A short stint as roommates with his brother’s best friend from high school seems like a mutually beneficial arrangement. However, when friendship gives way to fierce attraction, both men find themselves in uncharted and possibly dangerous territory. Isaac has to decide if he’s willing to take the ultimate risk for a kind of love and a kind of home he never dreamed possible.

A Kind of Home by Lane Hayes

“I’ve got it!” Adam sprang to his feet and waved his hand excitedly.

I gave him a weary sideways glance. “Whatever you’re thinking, stop.”

“No, it’s perfect. You teach me guitar and I’ll teach you how to bake something.”

“Not necessarily. When we can. The point is I’ll be here if you don’t feel like being alone. We can keep each other sane with wholesome diversions without having to ask ‘What do you feel like doing, roomie?’”

“Ha. Ha. Don’t overthink. I’ll keep my hands to myself. You’re safe with me. I promise. I just—we’re both adjusting to change. It might be helpful to lean on each other. That’s all.”

“Sure. Boston cream pie for a tip or two on how to play a couple Guns N’ Roses classics. What do you think?”

I lowered my eyes as I worked on the row of buttons on my navy shirt. I was touched. I couldn’t remember the last time someone stopped to notice my state of mental well-being and offered to ease my mind. I knew my friends cared, but they were going through the same things I was. All they could say was “Hang on. It’ll get easier.” Adam was offering something more—himself and his time. Platonically.

I wasn’t sure I trusted myself to keep us in the friend zone. Even now I wanted to tackle him to the bed and grind against him. He was solid, familiar, and trustworthy. Just what I needed to keep my mind off my troubles.

“Okay. You’re on.” I chuckled when he let out a whoop before I continued. “But we each get to choose what we want to learn.”

Adam mulled over my suggestion for a moment, then inclined his head. “As long as you know we aren’t making anything from a box.”

“And as long as you know I can only take so many run-throughs of ‘Sweet Child of Mine’ before I’ll strangle you.”

Adam gave me a megawatt grin and then held up his hand for a high five. I slapped his hand and then rolled my eyes when he broke into a decent impression of Axl Rose’s version of “Patience.”

“Go,” I said, shooing him out of my bedroom. “I’ve got real-life bullshit to deal with. No more nonsense.”

“A little nonsense is good for you, Isaac. It’s what keeps you afloat so the bad stuff doesn’t drag you under.” He reached for my wrist and pulled me against him so our chests collided.

It was a slapstick maneuver that was too rough to be taken as a sensual overture. Until he backed me against the wall and lowered his head a fraction of an inch, stopping when his nose brushed mine. I held my breath, aware of my thundering heart. My world constricted to the smallest fragment of space. I occupied a place against a wall, covered by a man I’d known most of my life. Someone I cared about and, yeah, lusted after too.

Adam lowered his head again, and this time he didn’t stop. He pressed his lips to mine and went perfectly still as though testing my response. When I didn’t protest, he melded his mouth over mine, careful to keep the connection light. I reached out and ran a tentative hand along his cheek. Adam trembled and leaned into my touch, deepening the kiss ever so slightly. Then he licked my lips in a silent request for entry. I groaned when our tongues glided together and let him pull me under.

I broke for air and pushed his chest. This was ridiculous. We were friends only, and we were destined for heartache if we tried to be something else. “We can’t do this. I told you, I—”

Adam tugged at my belt loop and drew me against him. Then he rested his forehead against mine and went still as though he was wordlessly giving me control. I should have pushed him away, but I couldn’t. I fused my lips to his and moaned into the connection. I shivered when he moved his hands up my chest, then placed them on the wall on either side of my head. He nudged my chin with his nose until I exposed my neck. He traced my jawline with the tip of his tongue and then bit my earlobe before whispering in a raspy voice, “No repeats. I’ll behave. But I gotta admit… I really want to change your mind.” 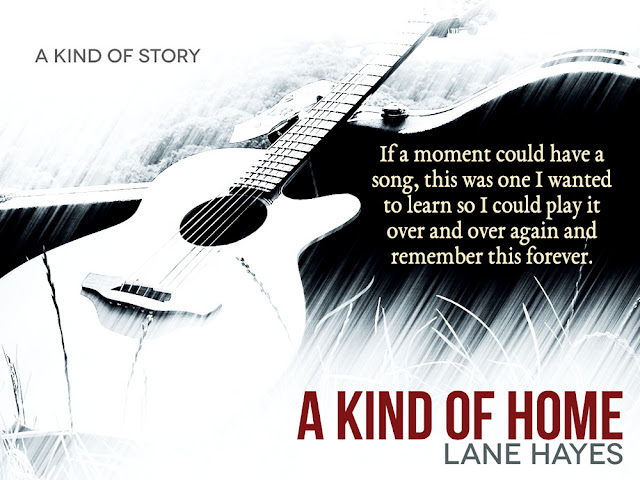 A Kind of Home is the fourth book in the A Kind of Stories series. While it could possibly be read as a standalone, for greater enjoyment I recommend reading the series in order.

As I said in my other review for this author's newest novella, I was excited to see two stories coming out in such a short order. I loved the novella but this story... really worked for me and I have to say is probably now my favorite couple out of this author's backlist. Isaac and Adam were just fantastic both as friends and then as they moved into more than friends territory.

Isaac is the guitarist for the band Spiral, a band who's suddenly found themselves as mega-stars when all they really wanted to do was make music. Iz really is all about the music, not the fame but he's part of the band so he goes with the flow. Except for the overzealous fan who's started to leave him slightly creepy messages. While on tour with the band, Adam needs a place to stay for a while and asks Isaac if he can use his place for a short term place to crash. He's still there when Isaac gets back into town. To say they are friends is stretching it just a bit because Adam is actually Issac's childhood best friend's older brother... one who Iz had a giant crush on before he left town at 19. Finding Adam's red Chuck's sitting on the floor in his apartment, throws Isaac for a bit of a loop, and keeps Iz off balance for the rest of the story.

That off balance feeling for Iz makes this one of those stories where you want to see where it goes as fast as you can possibly read. Adam is not really lost but is in the process of reinventing himself because of a divorce and losing his job. So him reconnecting with Isaac adds a little extra sweetness to his journey. But as these two men work toward a relationship that will last, their journey is just about perfect. I loved the scenes with Adam and Iz baking, and then when Adam finally banishes Iz to the other side of the kitchen for making a mess it's one of those laugh out loud moments.

This story is all about finding your home and for Iz, his home ends up being Adam. It just takes him a bit to see that Adam won't leave him like everyone else in his life has before. That moment though when Isaac recognizes what Adam means to him is that moment we all want in our lives. It's that rom-com moment of the one person running toward the other until they collide and say those three little important words. In this case it's not just I Love You...but You're My Home. Which for Isaac means just as much, if not more, than saying he loves Adam.

For me, this was a perfect, sexy, hot, and even sweet romance story with the secondary theme of the slightly crazed fan. Which really was more of a background story until the last 20% when they finally figure out who the fan is and is then caught. Otherwise this was a well-written, well-paced story with good focus on both the main characters growth and development, and had engaging secondary characters. There were a lot of great moments in this story that all lead up to one fantastic moment at the end with Adam and Isaac.

This book is one you need to pick up and definitely read this summer. You'll thoroughly enjoy it! I can't wait to see what this author has coming up next for us.