Back To You by Chris Scully - Blog Tour with Giveaway 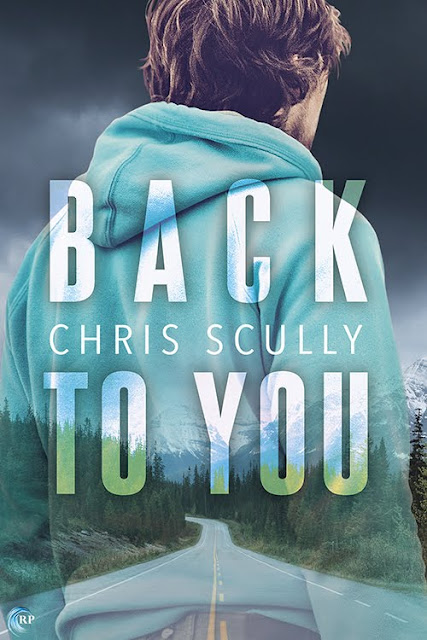 Hello! I’m Chris Scully. I’m thrilled to welcome you to my blog tour for Back to You, my new romantic suspense novel. Join me at various tour stops, where I’ll be sharing some background on the novel and the characters, my thoughts on writing, and more. Comment on each stop to be entered in a drawing for a $20 Riptide gift certificate. Thanks for joining me on the tour!

About Back to You

Journalist Alex Buchanan has come home to the remote British Columbia town he grew up in, but only because his estranged father is dying. For Alex, the homecoming holds a mix of memories, mostly bad. The only bright spot is reconnecting with Benji Morning, the childhood friend he never truly forgot. As boys, the strength of their bond had frightened Alex. But now that he’s confident in his bisexuality, he’s drawn back to quiet, soft-spoken Ben.

Ben isn’t the same boy Alex left behind, though. His life has been overshadowed by the disappearance of his sister two decades earlier, and now a new break in the case threatens to undo the peace he’s worked so hard to attain.

As Alex struggles to repair the relationship with his father before it’s too late, he finds himself caught up in a twenty-year-old mystery, a story he never expected, and a shocking truth that could affect his and Ben’s future together.

Chris Scully lives in Toronto, Canada. She grew up spinning romantic stories in her head and always dreamed of one day being a writer even though life had other plans. Her characters have accompanied her through career turns as a librarian and an IT professional, until finally, to escape the tedium of a corporate day job, she took a chance and began putting her daydreams down on paper.
Tired of the same old boy-meets-girl stories, she found a home in M/M romance and strives to give her characters the happy endings they deserve. She divides her time between a mundane 9-5 cubicle job and a much more interesting fantasy life. When she’s not working or writing (which isn’t often these days) she loves puttering in the garden and traveling. She is an avid reader and tries to bring pieces of other genres and styles to her stories. While her head is crammed full of all the things she’d like to try writing, her focus is always on the characters first. She describes her characters as authentic, ordinary people—the kind of guy you might meet on the street, or the one who might be your best friend.
Although keeping up with social media is still a struggle given her schedule, she does love to hear from readers.
Connect with Chris:

To celebrate the release of Back to You, one lucky winner will receive a $20 Riptide credit! Leave a comment with your contact info to enter the contest. Entries close at midnight, Eastern time, on June 17, 2017. Contest is NOT restricted to U.S. entries. Thanks for following the tour, and don’t forget to leave your contact info!