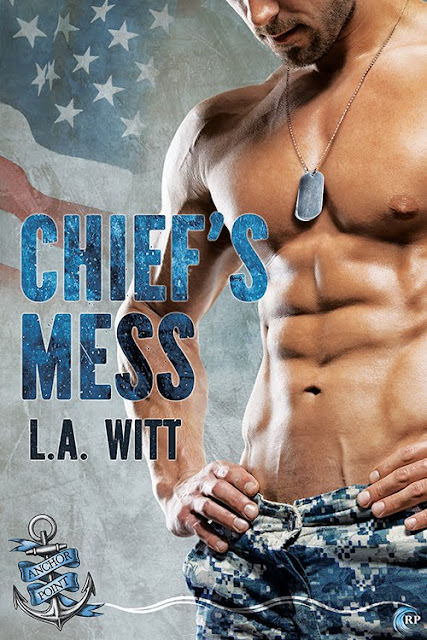 Anthony Talbot is in Anchor Point to visit family, but after two days of strife, he needs a break. A local gay bar is calling his name.

When Chief Noah Jackson sees that red head stroll into the club, he immediately wants him. They’re perfectly matched, and before long, they’re burning up the sheets. Noah can’t get enough. Anthony can’t stay in Oregon for long, but as soon as he leaves, he’s counting down the days until he can fly back for more. And between his increasingly frequent visits, there’s always phone sex, sexting, webcams . . . anything they can get.

But Noah’s got a carefully crafted façade, and Anthony can’t help noticing the slowly forming cracks. The scent of alcohol in the middle of the day. The extra drinks at dinner. The hint of red in his eyes. Anthony knows what it means. He doesn’t want to believe it, but he’s seen this before, and there’s no denying it. If Noah doesn’t get his downward spiral under control, he’s going to lose both his career and the first man he’s ever really loved.

Also check out Just Drive and Afraid to Fly, the first two titles in the Anchor Point series!

To celebrate the release of Chief’s Mess, one lucky winner will receive their choice of two eBooks off L. A. Witt’s backlist (excluding Chief’s Mess) and a $10 Riptide Publishing store credit! Leave a comment with your contact info to enter the contest. Entries close at midnight, Eastern time, on June 24, 2017. Contest is NOT restricted to U.S. entries. Thanks for following the tour, and don’t forget to leave your contact info!