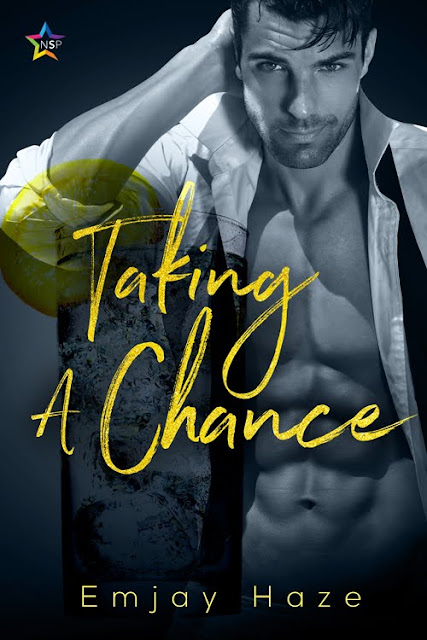 Recent college graduate, Ethan Moore, flies to San Francisco for a job interview with an advertising firm. That evening, he goes to a gay club where meets a gorgeous man who seduces him, but leaves his hotel room in the morning with only a note. A few weeks later, Ethan begins his new job and discovers that the man he slept with is his boss, Chance Harlow. He's fallen for the playboy, but wants to keep their relationship strictly professional. His efforts fail miserably as Ethan keeps succumbing to Chance’s advances.

Ethan is selected to accompany Chance to Bali for a huge account. He will be spending ten days at a luxurious resort with the man he's fallen in love with. Chance has made his intentions known, and he won't pressure him, but if Ethan doesn't want him, there are plenty of men who will. Ethan struggles with this until one evening they are in the hot tub with two hot swingers who want to play. He flees after watching Chance make out with one of the men. Will Ethan finally give in to the playboy, or did his actions lose him the man he loves?

A loud knock on his bedroom door startled Ethan. Expecting his mom or brother, he glanced up from his laptop. “Come in,” he shouted, looking past the scattered drawings on his bed and back at the screen, opened to a job website. He’d applied to advertising companies all over the country but hadn’t received any responses to his resume, so he kept searching online.

“Hey, buddy. Is this where you’ve been hiding?” His best friend poked his head in and opened the door fully before stepping inside. Realizing it was company, Ethan quickly gathered his drawings into a neat pile and sat up.

“Mark.” Ethan shut the screen. “What are you doing here?”

He shrugged. “It’s kind of boring being back home. Thought I’d see what you’re up to.”

“Gee, thanks.” Ethan chuckled, not taking offense at all.

Ethan put the laptop down and lay back on his bed, his hands folded behind his head. He did. He’d been bored too. Ethan couldn’t wait to get out of this place, and he’d only been back for a few weeks.

“Have you started looking for a job yet?” They both had graduated from the University of Iowa in the spring. Ethan’s degree was in advertising and marketing with a minor in graphic design. He’d always been a doodler.

Mark shook his head. “I’m working with my dad again this summer. I was accepted into grad school in the fall.” Mark was the business major, and his dad was prepping him to take over the family business.

“Oh, right.” Ethan felt like a loser. All their other friends seemed to have everything already figured out. Maybe he should go to graduate school. “I’ve applied everywhere but haven’t heard from anyone yet.”

“Where?” Mark asked, interested. He took a seat next to Ethan on his bed.

“Those are big places, and far away.” Mark never shared Ethan’s aversion to their hometown. But then again, he wasn’t gay.

Ethan stood up and walked over to his door, peering out to make sure they were alone, and then he closed it and sat on the bed again. “I can’t wait to get out of here. I’m going crazy already.”

Mark looked at him and shrugged. “It’s not that bad.” They lived in a small town west of Omaha, just over the border into Iowa. Ratchet Falls, population 6200. Who the hell names a town that?

Ethan sat on the edge of his bed. “Are you kidding? There’s not even a gay bar here.”

Mark laughed. “You wouldn’t go even if there was one.”

True. Ethan was only sort of out. He’d been so afraid of anyone finding out in high school that he even had a girlfriend. She was cool though when she figured it out, and they became friends. She called herself his beard, but he never liked the sound of that. When Ethan went away to college, he met a few guys, but he didn’t like the weird feeling he got the next day after a hookup and had to face the guy on campus. That was never not awkward—for Ethan, at least.

“Maybe I would if you went with me?” They’d had this conversation many times. The closest gay club was thirty minutes away, in the city. It was far enough no one would recognize him, but he didn’t have anyone to go with, and he was too chicken to go alone.

“Afraid of a guy hitting on you? Girls go to those clubs too, you know.” He already knew his friend’s answer.

Mark patted him on the back. “Oh man, I forgot this was in my hand.” He handed Ethan a letter. “Your mom gave me your mail on my way up.”

Ethan snatched it, looking at the return address. “Oh shit,” he said, sitting up.

“What is it?” Mark leaned over to look at the envelope.

Ethan flipped it over. “Ashton Lake. One of the firms where I applied.” He felt his nerves rise. What if it was a rejection? What if it wasn’t?

Ethan ran his finger through the glued flap. “San Francisco.” He’d only applied there on a whim. He thought he had no chance of getting a reply from that place, so his heart sped up as he tore open the envelope.

“That’s really far, Ethan,” Mark sat next to Ethan and read the letter out loud while Ethan’s eyes scanned the words on the page. “Ethan Moore. That’s you.”

Mark continued, “We have scheduled your interview for the junior account executive position at the Ashton Lake Advertising Agency for Monday, June sixteenth in our downtown San Francisco office. Please call to confirm…” He looked up from the letter. “Wow, Ethan, that’s great.”

Ethan grabbed the letter and finished reading. They were sending him an airline ticket and reserving a hotel room in his name for two nights. Ethan set the letter on the bed. “Hey, would you want to go with me?”

“I don’t think they’ll send you an extra plane ticket so you can bring a friend, Ethan.” Mark laughed, slapping him on the back.

“No, but we could drive. Maybe take a detour to the beach?”

Mark’s face lit up. “Doesn’t Curtis live out there? Montega—rey or something?”

“Is that far from San Francisco?” Ethan wondered.

Mark shrugged. “Let’s look it up.” He texted Curtis, who confirmed he lived in Monterey. Then he added, “Get your asses out here so we can party.”

Ethan reached for his laptop and Google-mapped directions from San Francisco to Monterey, California. Looking over his shoulder, Mark read, “Two and a half hours.”

“We could go there first, and then I’d drive to my interview the next day.”

“And hang out for a few days afterward?”

“Definitely.” Ethan stood up and paced his room. California. Could he do this?

Mark handed Ethan his phone. “Get it over with, so you don’t obsess about it all night.”

Mark knew him so well. Ethan overthought everything. He’d finished top ten in his class because he obsessed about his grades—well, that, and he heard his parents’ words in his ear saying “hard work will earn you respect.” His mom always worried he’d get picked on. Another reason he hid his sexuality at school. It was bad enough he was smaller than most of the guys in his high school. He’d grown a few inches his senior year, but topped out at five foot eight and could eat a pound of pasta and not gain an ounce.

He sighed and took the phone from Mark’s hand. “Here goes.” 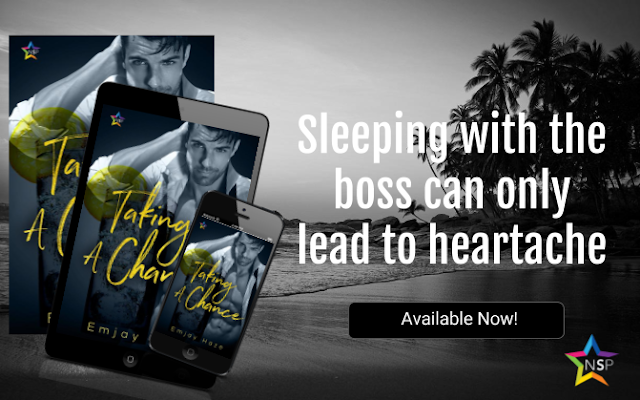 Background:  From mid-sized town in Iowa. College graduate in business from a big university. Gay, but only open to his close friends and parents.

Family: Parents, Bill and Louise Moore and a younger brother

Places lived:  Only his home town and college

How do people view this character: Sweet, kind, intelligent.

Wishes to spend time with: a boyfriend

Overall outlook on life: Positive. He has his whole life in front of him.

Does this character like himself:  He's young and insecure. Doesn't think he's special, but overall, yes, he likes himself. Has self-respect

What, if anything, would he like to change about his life:  wants to be more of a risk taker, wants an adventure

Posture: slumped a lot in school. Tends to round his shoulders.

Tattoos/piercings/scars: none. His mom would kill him.

Personality type:  tends to be introverted, but has a few good friends

Did he play in school: played club lacrosse

Idiosyncrasies:  rubbing the back of his neck when he’s worried or overthinking something

Most embarrassing thing that ever happened to him: his best friend finding out he's gay.

He is the kind of person who:  wears his heart on his sleeve

What do you love most about this character: He’s a genuinely good person and a little naïve. Hasn’t been jaded by life yet.

Emjay Haze is a pen name for a wife, mother, and writer of gay romance. She resides in Northern Virginia with her husband, two teenagers, a new puppy, cat, gecko, and several fish. She always loved writing and fell in love with the genre seven years ago after discovering the world of fanfiction. She went back to school to pursue a Bachelor’s Degree in Creative Writing from SNHU where she graduated in April, 2015, with a renewed desire of making her dreams of becoming a published author come true.

She has a wide and diverse work history in the fields of travel, hotel management, high-tech communications, web development, real estate, and the nonprofit health care industry where she has held positions such as travel agent, hotel concierge, web programmer, Realtor, account manager, and many, many others, giving her a varied and unique set of experiences that she draws upon in her stories and characters. Her interests include music and pop culture, and she is an advocate for the LGBT community.

Her stories delve into all types of romantic relationships, regardless of sexuality, with a focus on first times and new encounters in a lighthearted style with a goal to gain a diverse readership and broaden the minds of those who might not normally pick up an LGBTQ romance because it’s more about the person than the sexuality. She’ll take you on a roller-coaster journey, but you’ll always get a happy ending. 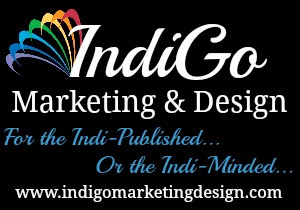