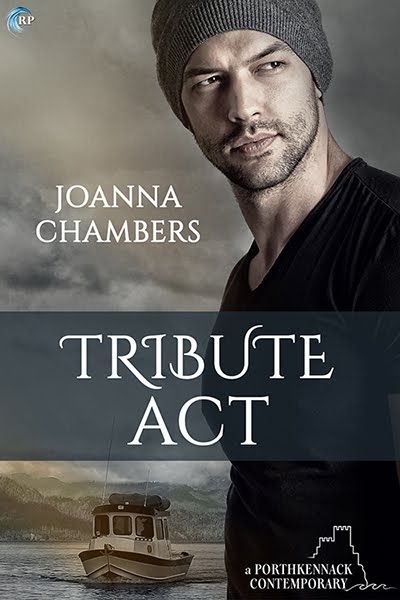 Hello, book lovers! I’m Joanna Chambers and this is the blog tour for Tribute Act, my new romance which is book #8 in the Riptide's Cornwall-set Porthkennack series. I’ll be sharing thoughts on writing my first full length contemporary, writing Christmas songs as an extreme form of authorly procrastination and my love of men with sad eyes. Please join me for a chance to win a copy of the book and a $25 Riptide gift card!

Nathan Bridges hadn’t intended to settle down in his hometown of Porthkennack—he just ended up staying after saving the family business from ruin. The truth is, Nathan can’t stop himself from stepping in when problems arise. He’s a fixer, the man everyone turns to. But even fixers can’t solve everything.

When Nathan’s sister needs an organ transplant, it’s his stepbrother, Mack, who the family turns to as Rosie’s only potential living donor. Nathan’s curiosity about the stepbrother he’s never met turns to shock when he realises that Mack is his latest—and hottest ever—one-night stand.

Nathan and Mack agree to forget their single night together, but that’s easier said than done. When Mack moves in to Nathan’s place to recuperate after surgery, it’s not just the sexual tension between them that keeps growing. Against all the odds, and despite Mack’s wariness of intimacy, the two men grow close enough that Nathan begins to wonder what it would take to mend the rift that’s kept Mack and his father estranged for over a decade . . . and whether Mack might consider staying with Nathan in Porthkennack for good. 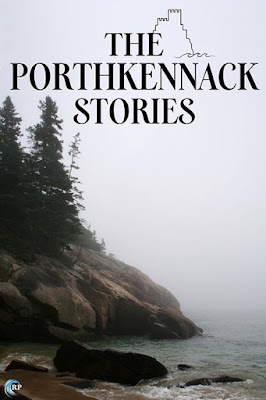 Joanna Chambers always wanted to write. In between studying, finding a proper grown up job, getting married and having kids, she spent many hours staring at blank sheets of paper and chewing pens. That changed when she rediscovered her love of romance and found her muse. Joanna's muse likes red wine, coffee and won't let Joanna clean the house or watch television.

To celebrate the release of Tribute Act, one lucky winner will receive an ecopy of the book and a $25 Amazon gift card! Leave a comment with your contact info to enter the contest. Entries close at midnight, Eastern time, on January 20, 2018. Contest is NOT restricted to U.S. entries. Thanks for following the tour, and don’t forget to leave your contact info!