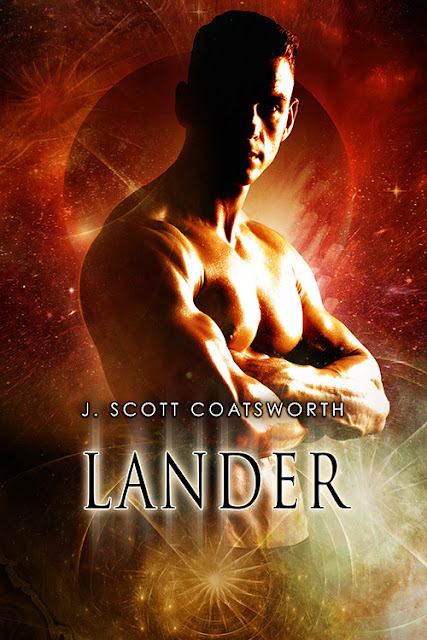 In the sequel to the Rainbow-Award-winning Skythane, Xander and Jameson thought they’d fulfilled their destiny when they brought the worlds of Oberon and Titania back together, but their short-lived moment of triumph is over.

Reunification has thrown the world into chaos. A great storm ravaged Xander's kingdom of Gaelan, leaving the winged skythane people struggling to survive. Their old enemy, Obercorp, is biding its time, waiting to strike. And to the north, a dangerous new adversary gathers strength, while an unexpected ally awaits them.

In the midst of it all, Xander’s ex Alix returns, and Xander and Jameson discover that their love for each other may have been drug-induced.

Are they truly destined for each other, or is what they feel concocted? And can they face an even greater challenge when their world needs them most?

Xander is a skythane man whose wings have always been a liability on the lander-dominated half world of Oberon.

Jameson is a lander who has been sent to Oberon to find out why the supply of the psycho-amoratic drug pith has dropped off.

What neither knows is that they have a shared destiny that will change the two of them - and all of Oberon - forever. 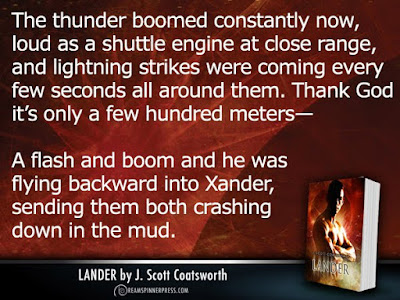 Lander is the second book in the dystopian/science-fiction Oberon Cycle series. This is a connecting series, so you must read the books in order or you'll be completely lost. Lander takes up right were Skythane left off with little to no break in time lapse. So if you can I'd recommend doing a fast re-read of Skythane just to get right back into the action.

So this is my official first 5 star review of 2018 and what a phenomenal second book in this series. The action was non-stop from start to finish leaving this reader wanting the next book in the Cycle NOW! While this may be the second book in the series, it doesn't suffer from the massive info-dump that many science-fiction stories fall into. Yes, there's a decent amount of new information that adds a lot of backstory to the series, it's not a continuous pile that is hard to wade through.

The story moves at a good pace, with absolutely no slow moments, outside of those that are meant to be a focused thinking moment. There is a significant amount of new and continued conflict amongst the main characters and ancillary characters. Giving them moments in the story to both show their vulnerabilities as well as their strengths while continuing their growth and maturity. There is a marked difference in how both Xander and Jameson interact with those around them and even themselves as they begin to become the respective leaders for their people.  The addition of Xander's ex, Alix, showing up alive and well and still with feelings for Xander, tosses extra conflict into their lives as well.

I absolutely am in love with this series for so many reasons. The main reason is that this series reads like the old sci-fi masters minus the misogyny and lack of diversity in the LGBT world. To see characters that I can relate to struggle with their sexuality as they deal with all that life can throw at them and of course save the world from evil while they do it. *g* I truly can not recommend this series any more than I've already fangirled all over this review.

I hope you give this series a try and enjoy it as much as I have and plan to enjoy the remaining book(s) in the series. 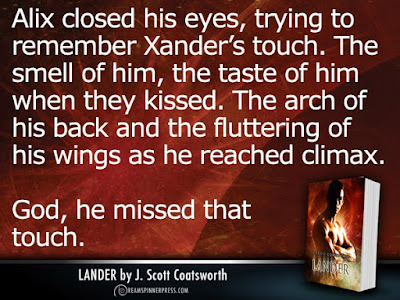 Where The Ideas Come From
by J. Scott Coatsworth

It’s something I get asked all the time. Where do I get my ideas? What inspired the half world in Oberon? Or the generation ship in “The Stark Divide?”

So I thought I’d reveal a few secrets of the writing trade.

There are three main places where writers get their ideas.

1)      The Idea Drawer: Every writer has an idea drawer. We cut out newspaper articles, scribble thoughts on bits of paper and post-its, and leftover bubblegum wrappers (some of them with chewed bubblegum inside). When we need an idea, this is the first place we reach into, and the reason we have to keep a bottle of hand sanitizer on our desks.
2)      The Great Idea Vortex: When you get your writing card, you get access to a special place – the great writing vortex. It’s a spinning, churning, nausea-inducing rip in the space-time continuum where all the unused writing ideas end up. Let me take a look at what’s floating around in there now. * stifles urge to upchuck * Let’s see. “vampire pandas.” “Downton Abbey with snowmobiles.” “garbage truck bandits.” OK, to it’s not always a great selection, which brings me to the third option:

3)      Mrs. Klempf’s Idea Emporium: If you want a good cover, you have to pay a professional cover designer. If you want your book edited, you’ll hire a good editor. Why should ideas be any different? When you’re stumped for a new idea for that next story, check out Mrs. Klempf. The ideas are top shelf, and if you get on her email list, you’ll get the occasional specials, including “three ideas for a dollar” and the fun “mixed ideas bag”, where you get a bunch of half ideas you can put together yourself to make new and exciting hybrid ideas.

I hope that clears it up for you. I gotta run over to the emporium – I spilled a can of cherry coke in my idea drawer, and my vortex access is on the glitch. 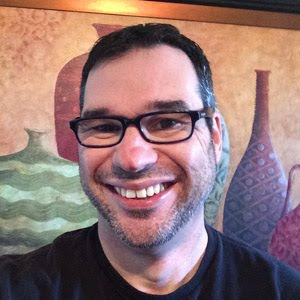 Scott lives between the here and now and the what could be. Indoctrinated into fantasy and sci fi by his mother at the tender age of nine, he devoured her library. But as he grew up, he wondered where the people like him were.

He decided it was time to create the kinds of stories he couldn’t find at Waldenbooks. If there weren’t gay characters in his favorite genres, he would remake them to his own ends.

His friends say Scott’s brain works a little differently – he sees relationships between things that others miss, and gets more done in a day than most folks manage in a week. He seeks to transform traditional sci fi, fantasy, and contemporary worlds into something unexpected.

He runs Queer Sci Fi and QueeRomance Ink with his husband Mark, sites that bring queer people together to promote and celebrate fiction that reflects their own reality.

Scott is giving away a $25 Amazon gift certificate and three copies of his queer sci fi eBook “The Stark Divide.” Use the rafflecopter code: