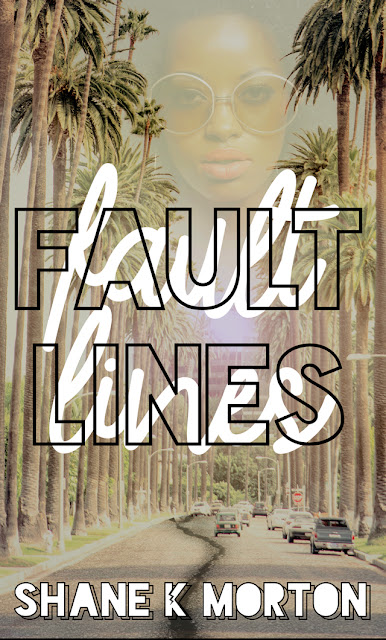 Drag goddess, Ursula Moolay, left Kentucky as fast as her size twelve pumps could carry her and has created a new life for herself in Los Angeles. Here, she has found herself surrounded by a group of people with their own secrets and lies:


A daytime Soap stud hiding in the Hollywood closet.

A reality television producer prepared to destroy his star.

An aging showgirl- the complex’s mother hen, fighting to survive.

A married male escort desperately hiding his profession from his pregnant wife.

And finally, Ursula, pulled into a terrifying ordeal of drugs, murder, and deception as she grapples with her own identity.

Can they survive or will they each fall into the cracks of LA’s fault lines?

Shane K Morton lives in Studio City, CA with his husband Jody and their fur baby Slayer. His first novel, The Trouble With Off-Campus Housing was published in 2016. When not writing, Shane can be found at a film festival or performing cabaret somewhere in a dark dive bar in LA.