Running On Empty by SE Jakes - Blog Tour with Giveaway 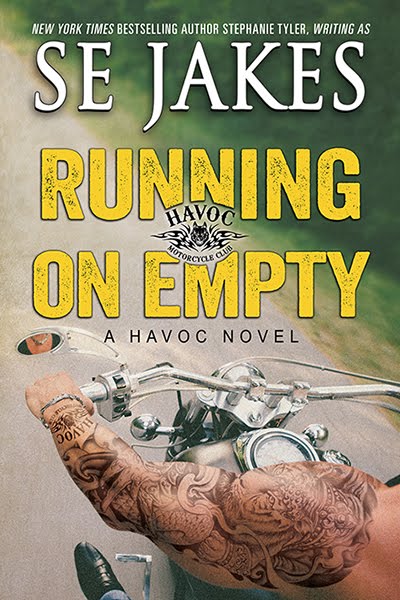 About Running on Empty
After years of running wild, Linc might’ve finally run out of road.
After a brutal capture at the hands of the Heathens Motorcycle Club, Linc is just trying to heal, mentally and physically. But he’s got men in his life who are complicating everything. There’s Mercy—a Havoc MC biker and the man he is falling fast for—plus an undercover ATF agent and a rogue Havoc member.
But Mercy's keeping him at arm’s length, and Linc is spinning. In an attempt to regain his equilibrium, he heads to the bar where he first met Mercy. Night after night, he escapes Havoc bonds and continues down his merry path of mayhem . . . mainly in the hopes that Mercy will give chase.
Since Linc’s capture by his old MC, Mercy's been dealing with the fallout of his guilt. He’s trying to give Linc space and still watch over him—all without Linc’s knowledge. But with Linc’s old job calling and a threat to Havoc MC heating up, can they make their way back together?
Now available from Riptide Publishing.
About the Havoc Series 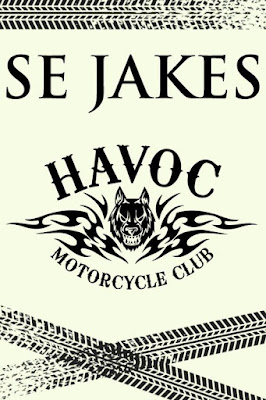 Welcome to Shades Run, where the notorious Havoc Motorcycle Club runs wild and free. Havoc’s got a long reach and strong community ties, and is always on the lookout for infiltrators like ATF agents, car thieves, and others who might harm their enterprises. Havoc’s community is tough to penetrate, but once these hard-living motorcycle men have taken you in, saved your life (maybe after threatening it a few times), or even fallen in love with you, you’re Havoc MC forever. Unless you’re one of their enemies, in which case you’re completely out of luck.
Check out Havoc today.
About SE Jakes 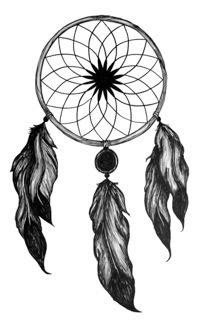 SE Jakes writes m/m romance. She believes in happy endings and fighting for what you want in both fiction and real life. She lives in New York with her family, and most days, she can be found happily writing (in bed). No really...
SE Jakes is the alter ego of New York Times bestselling paranormal and romantic suspense author Stephanie Tyler.
Connect with SE:
Giveaway


To celebrate this release, one lucky person will win an ecopy of Running Wild, the first book in the Havoc series! Leave a comment with your contact info to enter the contest. Entries close at midnight, Eastern time, on May 4, 2019. Contest is NOT restricted to U.S. entries. Thanks for following along, and don’t forget to leave your contact info!
Posted by Wicked Faerie's Tales and Reviews at 4/30/2019 10:00:00 AM