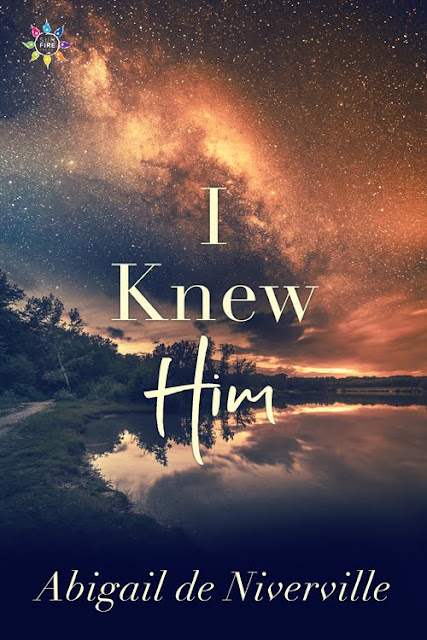 In his senior year of high school, Julian has one goal: be invisible. All he wants is to study hard, play basketball, and pretend he’s straight for one more year. Then, he can run away to university and finally tell the world he’s bisexual. And by “the world,” he means everyone but his mom and best friend. That’s two conversations he never wants to have.

When he’s talked into auditioning for the school’s production of Hamlet, Julian fears that veering off course will lead to assumptions he’s not ready to face. Despite that, he can’t help but feel a connection to this play. His absent father haunts him like a ghost, his ex is being difficult, and he’s overthinking everything. It’s driving him crazy.

The decision to audition leads Julian on an entirely different path. He’s cast as Hamlet, and the boy playing Horatio is unlike anyone Julian has met before. Mysterious and flirtatious, Sky draws Julian in, even though he fears his feelings at the same time. As the two grow closer, Julian begins to let out the secrets he’s never told—the ones that have paralyzed him for years. But what will he do if Sky feels the same way?

I Knew Him
Abigail de Niverville © 2019
All Rights Reserved

Will was already sound asleep in his bed, but I’d never been more awake. Everything I’d said replayed in my mind, every mistake I’d ever made flashing like a movie.

My phone vibrated again, and I jolted upright, the mattress groaning underneath. The message flashed on my screen as I glanced down at my hand.

I still love you.

I didn’t want Lucy to want me anymore. I wanted her to leave me alone, let me self-destruct in peace. She didn’t need my bullshit anymore. I was trying to spare her.

Before my phone went off again, I rolled off the mattress onto the floor and crept out of the room. Will barely stirred through all the commotion. I grabbed his set of keys from the desk and slipped out of his room.

Outside, the air was cool and damp. We’d started the second week of school and everything was still kind of green, but the smell of partially decaying leaves surrounded me. I sighed heavily, the breeze stinging my face. I probably should’ve put on a sweater before I stepped out, but I didn’t want to turn back now.

I ran out into the street and jogged a couple blocks, unsure of my plan, besides getting the fuck away from everything and everyone. Just being silent with the night and forgetting I was a bad boyfriend and an even worse friend. It was kind of cloudy, but some of the stars shone through. I craned my neck and walked in a tight circle, spotting the North Star and part of Orion’s Belt. Too cloudy for much else.

The sound of tires on the patched pavement snapped my attention to ground level. I stepped out of the way of an SUV and watched it inch down the road. The driver had the window rolled down, and he poked his head out as he passed me. His blond hair was slicked back, and his lips were full. He reminded me of a model.

He squinted his eyes at me, like he was trying to place where he’d seen me before. I just knew I’d never seen him before. Or had I?

“I remember you,” he said, mouth quirking into a smile. “Last summer. Austin’s party.”

“You remember that?” I tried to place him in my memory, but I’d been drunk for a good part of last summer. Lucy had broken up with me, and I was devastated. That time, I’d really wanted things to work out.

“How could I forget you?” he drawled, smiling again. It would’ve been sweet if I wasn’t so on edge. And also incredibly sober. Drunk me always wanted everything sober me never took. Sober me was never what he remembered.

He licked his lips thoughtfully, parted them slightly. “Let me help you remember.”

I shook my head, though part of me kind of wanted to remember. He had lips that were perfect for kissing. And the pieces were falling together in my head. An empty basement room, the air thick from smoke and humid heat. And a blond boy with messy hair with his hands on my waist. He kissed me.

“I have a girlfriend.”

He rolled his eyes. “And I’m straight.” He laughed softly and shook his head. When he regained his composure, he glanced down at me again. “Take care, you mess of a boy.”

He rolled away from me, and his car crept down the street and turned the corner. I waited until the sounds of his engine died away into the night before I dared move.

Letting out a sigh of relief, I pushed the hair back from my forehead. My whole body shook. I never expected the worlds of drunk and sober me to meet. Not this way. Not this year. We only had two more semesters of school. This wasn’t the time to change everything. It was all about surviving and moving on.

I needed to be what people thought I was. People here would never understand. Better to go away and let them find out much later. That was the way it had to be.

I breathed deeply again, trying to regain my composure. It had only been a moment, and he wasn’t a boy who went to my school. He was just a boy. Less faceless than before, but still anonymous. And people like him didn’t belong to someone like me. Not yet. I wasn’t ready for the world to see me.

My phone vibrated again. This time, it wasn’t Lucy texting. Will’s name flashed on the screen.

Had to get some air. I wrote. Can’t sleep.

Get over here. We got school.

I let out a grim laugh. School was the last thing on my mind right then. Lucy and boys danced in my head. I couldn’t stop it. I didn’t know how. The two were linked somehow. Lucy and my failure to love her—and the boys I kissed every time we ended things.

She deserved better than me. She deserved someone who wasn’t afraid, who told her about the storm overtaking him. Who wouldn’t let her assume he was on drugs or cheating because he was too afraid to admit he wasn’t…

I hated that word. I hated the alternatives. Hell, maybe I hated everything.

I craned my neck to look to the sky again and stared at the clouds passing over the horizon. When the wind picked up again, the frozen cold on my cheek made me aware I’d been crying.

“Shit,” I muttered, wiping at my cheek. I had to keep myself together.

This place had closed me in. I needed to survive one more year, and then I’d escape forever.

I wiped at my cheeks again as Will’s yells grew closer. He was wearing his pyjamas and jean jacket, carrying my hoodie. His flip-flops slapped on the pavement, echoing in the quiet street.

“Fuck, Jules!” he panted when he reached me. “What are you doing?”

He furrowed his brow. In the orange lamplight, his red hair was almost brown, and the freckles on his face were dark pinpricks. “About Lucy?”

I nodded and didn’t elaborate.

“You realize you don’t have to break up with her?” he suggested with a small laugh.

I pulled the hoodie over my head. “No, I should. We keep fighting.”

“My parents fight all the time,” he offered. “And they’re fine.”

Will raised his hands and took a step away. “Well, whatever. Whatever will make you happy.”

Happiness didn’t seem to be an option.

He squinted, as if he were trying to break me apart and analyze me, the wheels turning in his head as he tried to find the right question. “But you’re okay?”

“I’m fine.” He’d meant to ask me something else, but I wasn’t going to give him the answer he wanted to hear.

I followed Will to his house with heavy steps. What had only been hours seemed like a lifetime since I’d told Lucy we needed to break up. Since she’d cried and screamed about how much she loved me. Since I’d been too upset to go home to an empty apartment while my mom worked the night shift.

I slumped down on the mattress Will had laid out on the floor next to his bed. Remembering I held the spare keys in one hand, I threw them on the desk.

“I’m going early,” Will said once we’d settled under our covers.

“Gotta practice for this group project. You wanna drive me?”

“No,” I scoffed, pulling the blanket to my chin. “Nice try.”

He laughed softly and rolled over so his back faced me. “Try to sleep, Jules.”

And then, he was out.

But sleep wasn’t easy for me. I kept thinking about Lucy and boys. And how Will was too good a friend to me. He’d let me come and go whenever I needed to. He didn’t question it anymore. Sometimes, he tried to ask the hard questions, but he didn’t push when I was in a bad way. I wished I could tell him everything. But I couldn’t. He’d assume what he wanted to assume. He wouldn’t understand. 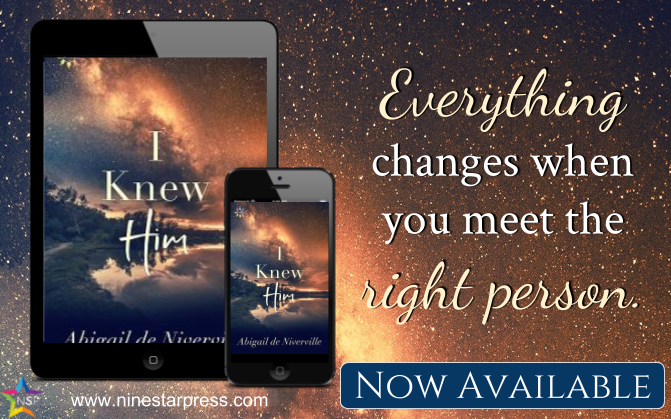 Abigail de Niverville is an author and composer based in Toronto, Canada. Born on the East Coast of Canada, Abigail draws inspiration from her experiences growing up there. When she’s not writing frantically, she also composes music and holds an M.Mus from the University of Toronto.