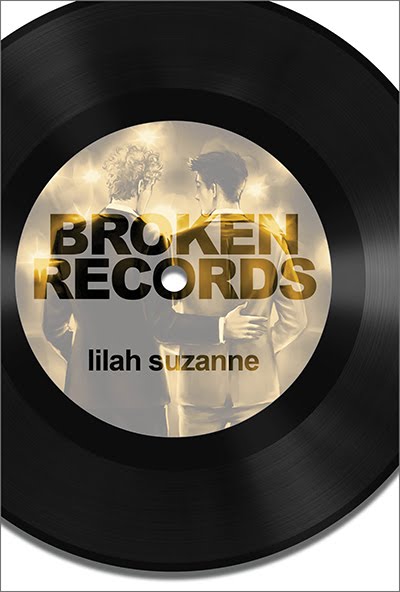 Los Angeles-based stylist Nico Takahashi loves his job—or at least, he used to. Feeling fed up and exhausted from the cutthroat, gossip-fueled business of Hollywood, Nico daydreams about packing it all in and leaving for good. So when Grady Dawson—sexy country music star and rumored playboy—asks Nico to style him, Nico is reluctant. But after styling a career-changing photo-shoot, Nico follows Grady to Nashville where he finds it increasingly difficult to resist Grady’s charms. Can Nico make peace with show business and all its trappings, or will Grady’s public persona get in the way of their private attraction to each other?

Grady presses his lips flat, looks up at the ceiling again to gather himself, sniffs and nods, then tugs Nico’s foot closer by his ankle. “Do you think... If we’d met at a bar. Or through a friend of a friend. Or the gym.” Grady’s thumb strokes the tender skin of Nico’s calf beneath the hem of his pants. “If we had just been two regular guys? We really could have been something.”

There’s a question in his voice, a hesitancy that maybe Nico would have rejected him eventually anyway. Nico scoots across the cramped bunk, crowds against Grady, shoulder to shoulder. “Well, we never would have met at the gym because I would have taken one look at you and gone home to mourn the body I’ll never have by consuming gallons of ice cream.”

Grady bumps his shoulder. “Shut up, you’re gorgeous.” He tips his head against the wall and grins. “If I’d first seen you at a bar I probably would have humiliated myself by trying to win you over with bad karaoke and shameless flirting.”

Nico’s eyebrows raise. “You mean to tell me you’ve been holding back on me? You have a level of flirting that’s even more shameless?”

“That is truly terrifying.”

Grady laughs, bright and uninhibited. Nico is so relieved to hear it, a moment of light in the darkness.
Grady’s hand rests on Nico’s knee, Nico watches his own hand brush his fingers there, but he doesn’t linger.
“We aren’t, though. Just two random guys.”

Grady’s fingers flex, curving over his kneecap. “No.”

Nico exhales harshly. “I have never wanted to be a groupie so badly.”

Grady shoves at his leg. “Come on, you didn’t really think that I would do that to you—”

“In my weaker, more insecure moments?” Nico scrunches his face, embarrassed. “Yeah, I did.”

“You think that little of me, huh?” He says it with a teasing grin, but Nico’s heart sinks.

“No, Grady. I think you’re…” A million adjectives flash through his head: beautiful, amazing, stunning, compassionate, kind, generous. A supernova. He settles on, “Really special.”

“Oh lord.” Grady laments with a laugh. “Not that, please.”

“I’m the guy on the sidelines. I’m the one who makes everyone else shine. I don’t belong there, in the spotlight. I like that at the end of the day I can go home and just walk away from the cameras and the red carpets and the scrutiny. And you—you’re a star. And you can have anyone.”

Grady turns, the cramped space of the bunk making his limbs bump and nudge and curl around Nico’s body. During Grady’s shows, in the moment just before he starts singing the opening line of “Broken Records,” there’s this pause, this moment suspended in the air when the audience is silent and waiting and doesn’t even dare to inhale because in that moment, Grady’s soul is laid bare. He looks at Nico just like that and Nico can’t breathe around it.

Q & A with author Lilah Suzanne

Today I’m very lucky to be interviewing Lilah Suzanne author of Broken Records. Hi Lilah, thank you for agreeing to this interview. Tell us a little about yourself, your background, and your current book.

1) What genres do you enjoy writing in? I prefer contemporary; I like writing stories that feel very present. Sometimes I toy with the idea of writing historical fiction. Maybe someday...

2) What was the hardest part about writing this book? The clothes. I like fashion, but making sure the things that Nico would wear and dress his clients in were actually outfits a stylist would choose took some dedicated research. I am not a style guru, but I needed Nico to be one.

3) What did you enjoy most about writing your book?
I’d had the idea for a character like Grady for some time, but just hadn’t had the right story for him. So bringing Grady Dawson to life was exciting. I’m pretty pleased with the way he turned out, and that I get to hang out with him more—Broken Records is the first book in a series.

4) What cultural value do you see in writing?
Oh gosh, I think stories are hugely important. They influence culture, they help us understand a point of view we had maybe never considered, they bring us joy, they help heal our pain. We even tell stories in our sleep! I believe even silly, lighthearted stories have importance; there is tremendous value in putting laughter out into the world.

5) What is your favorite positive saying?
Always be a little kinder than necessary.

Meet the author:
Lilah Suzanne has been writing actively since the sixth grade, when a literary magazine published her essay about an uncle who lost his life to AIDS. A freelance writer, she has also authored a children’s book and has a devoted following in the fan fiction community. She is also the author of Interlude Press books Spice and Pivot and Slip. Broken Records is Book One in Lilah’s Spotlight Series. 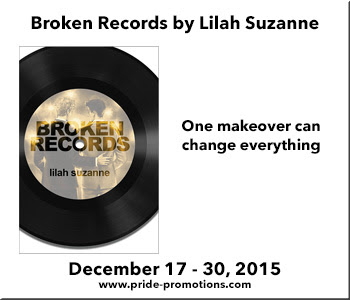