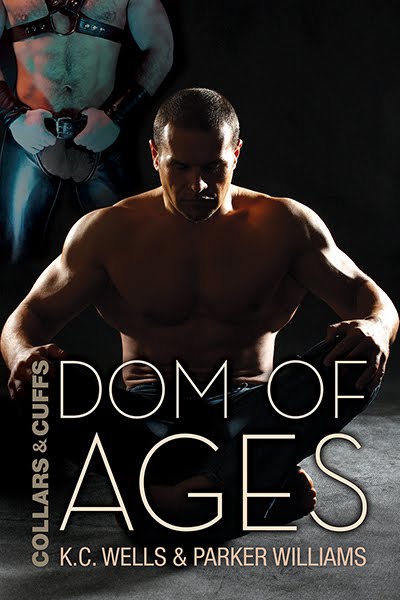 Jarod spent twenty-eight years with his Master, until Fate took Phillip from him. Four years on, and Jarod is still lost, so when a young Dom takes charge, Jarod rolls with it and finds himself serving again. But he keeps waiting for the shoe to drop. Because there’s going to come a point when Eli realizes he’s a laughing stock in the club. Who would want to be seen with a fifty-year-old sub? And when the moment of humiliation does arrive, Jarod flees. He’d be better off with Phillip.

Despite several missteps, what happens forces Eli to understand that Jarod needs him as much as he needs Jarod. But he knows in order to find happiness, they need friends who will understand. A friend keeps telling him Collars & Cuffs is what they need. Eli finally goes to visit, refusing to risk Jarod being hurt again, and finds everything he's heard about the club is true. When he takes Jarod, he watches as his sub is met with open arms. As they settle in to their new life, Eli begins to see things differently. And he dares to think he can have it all. Until the phone call that shows him he didn't realize what he could lose.

Born and raised in the north-west of England, K.C. Wells always loved writing. Words were important. Full stop. However, when childhood gave way to adulthood, the writing ceased, as life got in the way.

K.C. now writes full time and is loving every minute of her new career.

The laptop still has no idea of what hit it... it only knows that it wants a rest, please. And it now has to get used to the idea that where K.C goes, it goes.

Parker Williams began to write as a teen, but never showed his work to anyone. As he grew older, he drifted away from writing, but his love of the written word moved him to reading. A chance encounter with an author changed the course of his life as she encouraged him to never give up on a dream. With the help of some amazing friends, he rediscovered the joy of writing, thanks to a community of writers who have become his family.

Parker firmly believes in love, but is also of the opinion that anything worth having requires work and sacrifice (plus a little hurt and angst, too). The course of love is never a smooth one, and Happily Ever After always has a price tag. 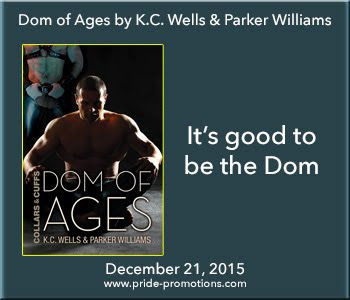 Rafflecopter Prize: One of three $10 ARe gift cards, plus K.C. and Will are going to be stopping at each blog and picking a winner from the comments to receive a copy of 'An Unlocked Heart' (or one of the other first six books in the series).