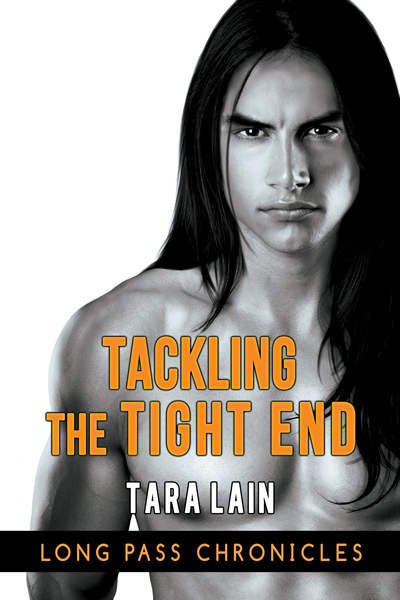 Everyone wants the best for SCU student and tight end, Raven Nez—and they know exactly what that is. Enter the NFL draft, become a big football hero, promote his tribe’s casino, and make a lot of money to help people on the reservation. Just one problem. Raven really wants to work with gay kids, and while he loves his tribe and likes football, his visions for the future don’t mesh with theirs. Then the casino board hires a talented student filmmaker to create ads for the tribal business and asks Raven to work with him.

But the filmmaker is Dennis Hascomb, a guy with so much to hide and a life so ugly it’s beyond Raven’s understanding. Still he’s drawn to Dennis's pain and incredible ability to survive. Captivated by Raven’s stories of the two-spirited and by the amazing joy of finally having a friend, Dennis knows he has to break free from everything he’s ever been taught was good—but that’s a struggle that could kill him and Raven, too. Is there a chance for “the great red hope” and the “whitest guy on earth”? A future for the serpent and the raven?

You can pre-order your copy at

Also available for pre-order in paperback from Dreamspinner Press

Dennis’s heart kept pounding in his throat as he crawled out of Walt’s car in the parking lot of the burger place and watched Raven’s long legs emerge from the front seat onto the pavement beside him. Jesus, he was about to go eat with this guy who looked like a god. Man, that was some kind of new milestone. He leaned over and peered in the front seat. “Thanks for driving, Walt. And for including me. Good to meet you.”
“Yeah. Same here.” Walt gave a wave to Raven. “See you later, lover.” After Raven slammed the door, Walt drove off.
“He seems like a great guy.”
Raven nodded as he walked toward the door of the diner. “Yeah, he’s the best. Been my friend since we were kids.” All those strong planes in his face seemed to soften. “Sometimes I’m not sure how I’d get through a day without Walt.” He pulled his jacket tighter and seemed to shudder against the breeze. Weird that Dennis wanted to wrap his arms around Raven to keep him warm. Weirder since he probably couldn’t get his arms halfway around the guy’s chest.
“But Walt’s not your boyfriend?” He swallowed hard.”
Raven seemed to take a breath. “Uh, no. Just friends.”
“I heard he was your guy.”
He shrugged. “We exaggerate our friendship a little to keep our families from trying to hook us up. I’d appreciate it if you kept it to yourself.”
“Sure. No big.” Why did he want to laugh? Maybe just because Raven Nez trusted him with a secret.
They got inside and were given a booth in the back. Walking behind Raven, Dennis got to watch people stare. Women’s lips parted and stayed open like they couldn’t catch their breath. A few people nudged each other, probably recognizing him from TV or the newspapers. The height, the hair, the overall gorgeousness. Hell, who wouldn’t stare? They slid onto the bench seats opposite each other and ordered burgers with fries and Cokes.
Raven smiled. “I really enjoyed getting to see that film in a new light. You were right. I’d never noticed the complete lack of law in the film—except for the law of the crooks. But the nihilism thing. I don’t know. The film is so exuberant and full of fun. I don’t think it says that God or meaning is dead, you know?”
Dennis grinned. Wow, Raven got it. The waitress brought their food, and Dennis dug in. So great getting to eat something his mother hadn’t cooked, and with another person—kind of like a friend. Of course, Raven wouldn’t be anything like a friend if he knew who Dennis was and what he did. He fought a shudder.
Raven took a huge bite, chewed, then tried to talk around his swallow which was kind of cute. “Butch and Jules get away, don’t they? I mean, it seemed like they both found something.”
“Yeah, interesting observation. I mean, it’s like one found God.”
Raven nodded. “And the other found love.”
Together they said, “Same thing.” Raven laughed and spit some bread on the table. It was fun to see him a little less than cool.
Dennis wiped his mouth with his napkin. “You ever been in love?”
“Not yet.”
“Is, uh, falling in love with a guy the same as falling in love with a girl?” He snorted. “Sorry. Dumb question. You just said you’ve never been in love.”
“And I’ve never been with a girl.”
“No kidding? Not even in high school or anything?”
“No. I knew I was gay when I was little. My grandfather raised me to accept the idea that some people are two-spirited, so I was actually excited when I realized I was. I rushed to tell my folks.” He shook his head. “As you can imagine, they weren’t quite so thrilled.”
“That must have been tough.”
He shrugged, but he didn’t look casual. “My grandfather intervened and told them stories of the old ways.” He shoved a couple of fries in his mouth.
“So your grandfather brought your parents around?”
“Not really. They accept my being gay, but they don’t like it.”
“Hell. Accepting is huge compared to some people I know.” Dennis shuddered. “So Indians, I mean, Native Americans accepted, uh, homosexuality?”
“Some tribes. It’s not the Native way to deny something out of existence or make laws against stuff that happens in nature. In some communities the two-spirited were actually revered and considered closer to spirit. Of course, often they were more like what we might call transgender. Not just guys who love guys.”
“Hell, that seems a lot better than being told you’re bad by your church for something you can’t change.” Jesus, he should change the subject. This one made him want to cry.
Raven shoved back his empty plate and sipped his Coke. “Yeah. I volunteer at the Gay Youth Shelter and, man, between their parents throwing them out and their churches calling them perverts, a lot of those kids barely escape suicide.” He stared at the dark liquid in his glass. “Some of them don’t escape.”


“That’s crazy.” So crazy he totally got it. 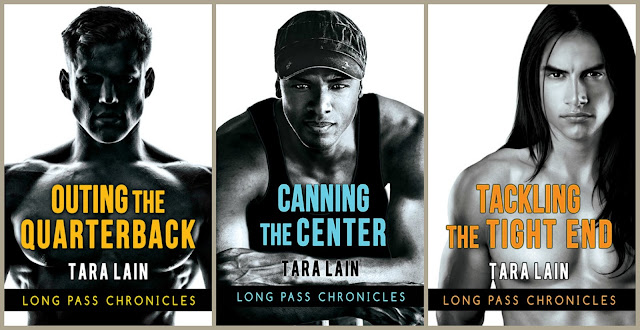 In her other job, Tara owns an advertising and public relations firm. She often does workshops on both author promotion and writing craft. She lives with her soul­mate husband and her soul­mate dog in Laguna Beach, California, a pretty seaside town where she sets a lot of her books. Passionate about diversity, justice, and new experiences, Tara says on her tombstone it will say “Yes”!