Need Your Love by Dean Pace-Frech - Book Blast with Giveaway 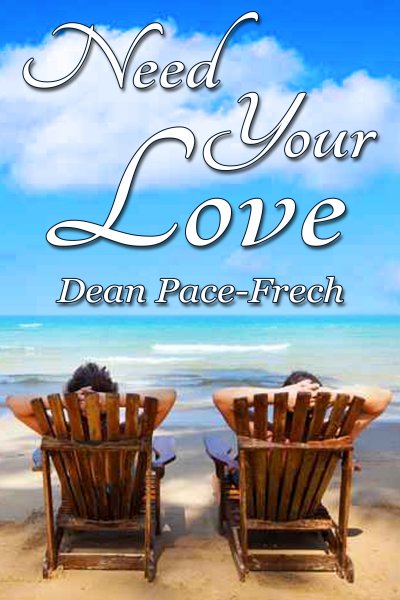 In June, 1966, ACLU attorney Eron Lassiter attends his uncle’s wedding, and makes an unsettling discovery. Though he’d bowed to family pressure and has a potential marriage planned, his long-ignored attraction to other men roars to life when Garrett Emerson, the bride’s nephew, captures his attention.

After serving in the Korean War and going to college later than his peers, upwardly mobile Garrett is a loan officer at a local bank. For his girlfriend, fiancé in her mind, he can’t climb fast enough. But none of that matters to Eron, and maybe that’s why Garrett’s so drawn to him.

Can Eron and Garrett find happiness amidst the still pervasive culture of propriety, honor, and expectation in the 1960s?

They finished the drive back to the apartment in silence. Eron’s sincerity had shone through when he spoke of what they had done and his lack of regret. Eron’s words eased the tension between them. At the flea market, with other people around, they had no trouble carrying on a conversation.

Garrett pulled into his parking spot and nodded toward his apartment as they got out of the car. Once inside, Eron lowered himself to the davenport and Garrett plopped down next to him.

“We’re both confused. Don’t be so hard on yourself. It doesn’t help that we both have girlfriends and family that only want what they think is the best for us.”

“Do you and Johnette…you know…”

“Have sex? No. I used to tell myself it was because she was a respectable girl and we should wait.”

“Come on, you know the answer to that. What about you and Mary Ellen?”

“Eron, why did you come see me today?”

Eron had struggled with the same question. “As much as I don’t want to be queer, I want to be with you.”

“I understand that,” Garrett said after a while. “I don’t identify with the queens that live in the city.”

“What about our jobs? Our family?”

“Could we make it work?”

“I have no idea. Honestly I don’t. I’ve spent hours plotting and examining every angle and I’m more confused than I was to start. I walled up any feelings I had about other men a long time ago, but you brought them to the surface.”

With inspiration from some historical tourism sites, the love of reading,
and a desire to write a novel, L. Dean Pace-Frech started crafting his
debut novel, A Place to Call Their Own, in 2008. After four years of writing
and polishing the manuscript, he submitted it for publication and Musa
Publishing offered him a contract in early 2013.


Dean lives in Kansas City, Missouri with his partner, Thomas, and
their two cats. They are involved in their church and enjoy watching
movies, outdoor activities in the warmer weather and spending time
together with friends and family. In addition to writing, Dean enjoys
reading and patio gardening.

Prior to novels, Dean did some technical writing in his career.
He has written another complete fiction manuscript and has a third
manuscript outlined. 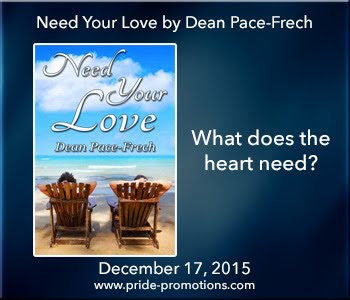