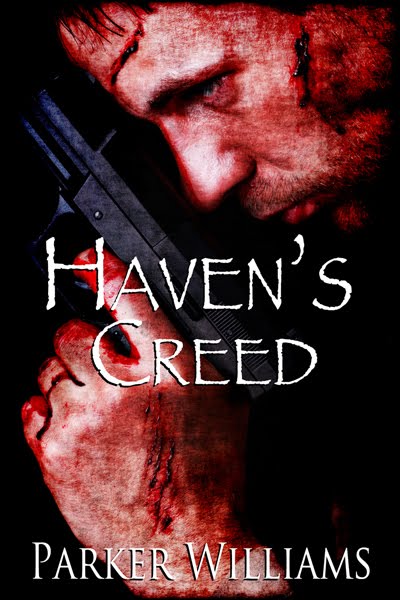 An act of violence destroys his family and ends the life he knows. To escape his haunted past, he joins the military, where, as a sniper, he is trained to kill with precision and detachment. When a covert organization offers him a new purpose, he becomes Haven, an operative devoted to protecting the innocent when he can and avenging them when he cannot.

After ten years of battling the evil in the world, the life no longer holds the attraction or meaning it once had, and he’s ready to walk away. Then he meets Samuel, a young man forced from the age of twelve to work as a sex slave. If ever a man had a need for Haven, it is this one.

Yet nothing about this growing relationship is one-sided. Sammy gives Haven a stability he’s never known, and Haven becomes the rock upon which Sammy knows he can depend.

When Sammy reveals something about the enemy Haven has been hunting for months, Sammy fears it will destroy what they’ve built and he’ll lose his home in Haven’s heart.

Excerpt:
When I was fifteen, I killed my first man. Every time Arnie, the guy my mother was shacking up with at the time, drank, he got it into his head she was cheating on him. He’d start slapping her, and that turned into full-fledged beating within a few months. When he was done, he’d start on my sister.
There were nights she’d crawl into bed with me, sobbing. For the longest of times, she wouldn’t tell me what happened, but when I found blood on her pajamas, I knew. I’d tried to stand up to him, but he beat me badly enough that I couldn’t go to school for two weeks until the bruises faded. But I got off lucky. The things he did to Chrissy gave me nightmares. I’d hear her cry out and knew there was nothing I could do but hide in my bed, my pillow covering my head. He was bigger, meaner, and stronger than me, and he reminded me of that fact constantly.
The old lady never said boo about it. She always forgave him and tried to justify what he did by telling me how much stress he was under. How he was a good man and didn’t mean it. It was just the drinking, she swore. It was more like he was a bastard and she was his meal ticket.
I came home one night and found him whaling on her, my sister’s body crumpled in a heap, her head smashed in. The son of a bitch had a gun in his hand, slick with blood, and he threatened to kill them both, screaming he wouldn’t let her leave. She slapped him. It wasn’t hard, but it shocked him enough that he dropped the gun. I picked it up. He sneered at me and called me a weak-willed fag.
I looked at the gun I held in my hand. The instrument of my revenge. The means to saving my sister.
“Give me the gun, you fuck. It’s not a dick, you wouldn’t know what to do with it.”
The bullet I put in his forehead showed him how wrong he was. He lay on the floor, blood bubbling from the wound, and his eyes locked on mine as he took his last breath. I wanted that fucker to know it was the weak-willed fag who had done this to him.


Q & A with author Parker Williams

Tell us a little about yourself, your background, and your current book.
My name is Parker Williams (or Will Parkinson if you prefer). I live in Milwaukee, Wisconsin with my husband, our four dogs, and three cats.

Haven’s Creed is a huge departure from anything I’ve ever done in the past. Haven is not a nice man. He’s an assassin whose job it is to protect the innocent when he can, and avenge them when he can’t.

1)      Is there a character in your books that you can’t stand? (Antagonist for example) And what makes them someone you don’t like?

Yes! Curtis Rogers from the Collars & Cuffs series that I’ve worked on with K.C. Wells. He’s a very nasty piece of work. He’s sold drugs, forced guys to be drug mules, coerced them into prostitution, then made money by selling them into slavery. Oh, and he killed the man who wanted him to get away from the lifestyle and just love one another.

2)     Are there misconceptions people have about your genre?

Indeed. It’s hard for some people to wrap their heads around the fact that gay men are like anyone else. We fall in love, we have families, we hurt when we lose someone. Yet so many people think these stories are unrealistic.

3)     Is there message in your novel that you hope readers grasp?

Oh god, I hope not. I don’t want them thinking it’s okay to go out and kill people, but to know that there may very well be people out there who stand between us and the worst of the worst.

4)     How has your writing evolved since your first book?

My first book I was so damned nervous (not that that’s changed at all), but I like to think that I’ve learned enough from people that I’ve tightened the story, and become more expressive in describing things.

Liver. Of course I’m vegan now so that’s not likely going to happen. My mother used to try to tell me they were baby beef steaks, but damn they were gross. 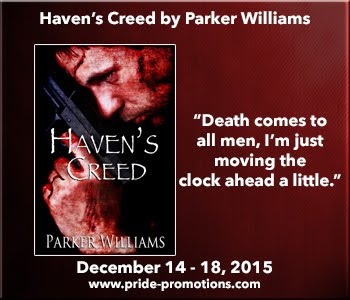