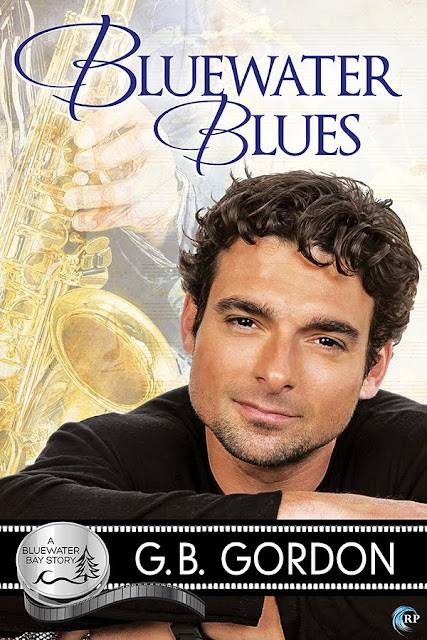 Jack Daley left his music career behind—along with his domineering father—and is struggling to make a new life for himself and his autistic sister in Bluewater Bay. When a summer storm sweeps a handsome stranger into his general store, Jack is more than ready for a fling. No strings attached, because Jack can’t share the secrets he and his sister are hiding from. Unfortunately, his feelings refuse to stay casual.

Mark Keao is married to his job as a costume designer on Wolf’s Landing. He’s autistic, so he’s used to people not knowing how to interact with him, but that doesn’t mean he wants to be a hermit. Especially when he meets Jack Daley, who dances with brooms, shares his love of the blues, and gets him like no one else. But relationships have proven complicated in the past.

Just when Mark is ready to try anyway, Jack pulls back. But Mark isn’t giving up, and neither is Jack’s sister. And then there’s the music both men love, bringing them together time and again. It will take trust, though, to bring them together for good.

Having lived in various parts of the world, Gordon is now happily ensconced in suburban Ontario with the best of all husbands.Santuario is G.B. Gordon’s first published work, but many more stories are just waiting to hit the keyboard.

To celebrate the release of Bluewater Blues, one lucky winner will receive $20 in Riptide Publishing credit! Leave a comment with your contact info to enter the contest. Entries close at midnight, Eastern time, on October 22, 2016. Contest is NOT restricted to U.S. entries. Thanks for following the tour, and don’t forget to leave your contact info!