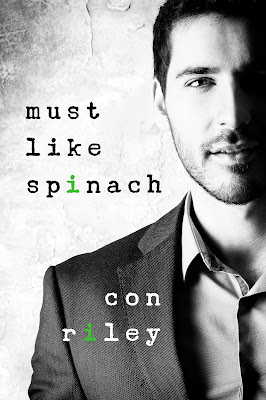 Jonís future in New York seems bright. Heís on the corporate fast track as an executive problem solver, but somehow he canít help feeling hollow. Yearning for a life spent outdoors makes no sense if he wants to flourish in this city, nor does losing his cool with clients when they make bad decisions. Only leaving the East Coast behind for three months can save his business reputation.

His exile in Seattle has unexpected upsides. Jonís rented home has a garden where his true passions blossom. Itís overgrown yet idyllicóperfect if he didnít have to share it with another tenant. Tyler might be as cute as hell, and their landlady adores him, but Jon canít let himself fall for someone who seems lazy.

Three months could be enough time to see Tyler clearly, but choosing which to nurture long-termólove or a business careerómight take Jon longer than one summer.

Must Like Spinach is a standalone contemporary romance from author Con Riley.

What would you do when what you think is your perfect life is tossed on it's head and you have to 'fix' it?  That's what Jon has to do, except his fix is 1200 miles away from his comfort zone in New York and all it's gleaming skyscrapers and corporate rules and guidelines. After he disagrees with a client, he's moved to Seattle to work with a new client and to learn that the client is always right, no matter what they intend to accomplish.

Then once Jonathan gets to Seattle, he's faced with staying in an impersonal hotel or finding an apartment to stay in while he's there. One ad stands out to him, while the description of the apartment is short and to the point, the last line stands out to him, "Must Like Spinach" and it and the picture of the garden leaves him intrigued enough to check out the residence. Seeing that garden reminds him of some of his favorite memories with his mom.

While the apartment isn't anything like what he'd normally stay in, the garden and the landlady, Peggy pulls him in to say YES, he'll take it, even though he immediately regrets it. Staying at the apartment, though creates many moments for Jon to re-think who he is and what he ultimately wants for his future. Add into that mix Tyler, who isn't the person Jonathan believes he is at first meeting. Every time these two are near each other, Jon discovers something different about Tyler and he becomes someone that Jon wants in his life. Tyler is way more than just someone Jon is interested in but he's the type of character that you really need to 'meet' yourself to understand.

Must Like Spinach is as much a story of rebuilding yourself as it is a slow-burn romance. Jonathan has to redefine his life path after he realizes that his original goals really aren't what he wants for himself. Tyler is already on the path of creating the life he wants to live. The storyline really allows these two characters and their personalities and struggles to shine through. It's a story that you literally just fall into and fall in love with the characters. And the garden becomes it's own character of sorts because he helps Jon, Tyler, and Peggy express things that would fail with words.


I really can't say enough about the way this story just pulls you into it's words and allows you to really get to know the characters and their struggles. This is a story that once you start it, you will not stop until you've read the last word on the last page. So pick up Must Like Spinach and fall in love with Jon, Tyler, and the other characters. 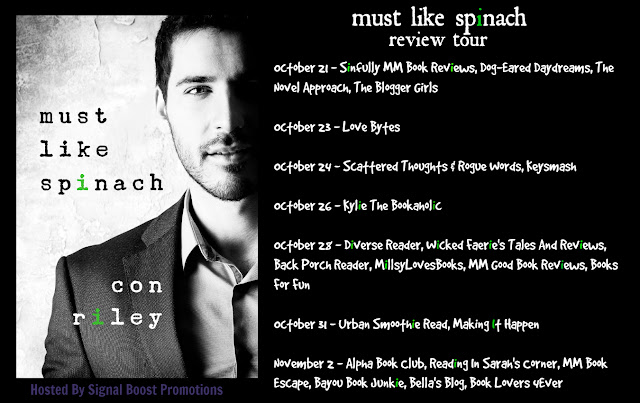 Con Riley lives on the wild and rugged Devonshire coast, with her head in the clouds, and her feet in the Atlantic Ocean.

Injury curtailed her enjoyment of outdoor pursuits, so writing fiction now fills her free time. Love, loss, and redemption shape her romance stories, and her characters are flawed in ways that makes them live and breathe.

When not people watching, or wrangling her own boy band of teen sons, she spends time staring at the sea from her kitchen window. If you see her, don't disturb herósheís probably thinking up new plots. 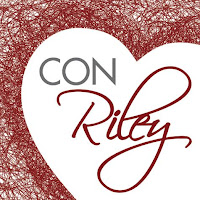