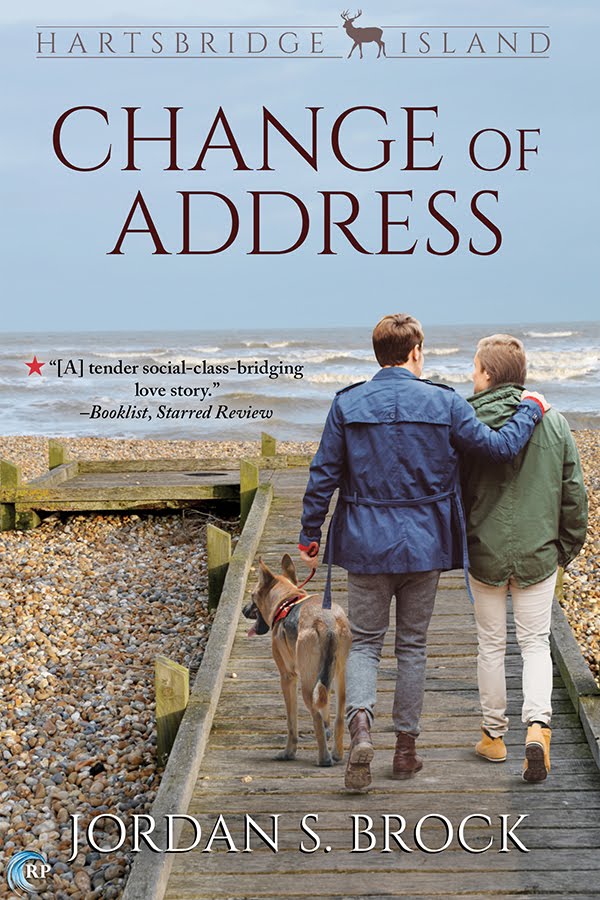 About Change of Address

Air Force sergeant Michael Baldwin wanted nothing more than to escape his family’s political ambitions, but his dream of freedom was shattered by an enemy bullet to the head. Two years later, he and his service dog, Kaylee, resist his father’s demand to join him on the campaign trail—where a photogenic “wounded warrior” is always an asset—and instead return to the family’s summer home on Hartsbridge Island.

There Michael and his beautiful German shepherd capture the attention of Josh Goldberg, co-owner of the local bagel shop. Josh has a knack for business and a killer repertoire of his bubbe’s recipes. But lack of education undermines his confidence, and Josh’s father doesn’t share his ambition for the restaurant’s future.

Chicken soup and bacon might be the way to Michael’s heart, but he and Josh need time to learn about everything that comes after—lessons that Governor Baldwin and his relentless ambition will do anything to thwart. Letting someone in is a tall order for two men who can’t trust themselves, but if they have any hope of a future together, that’s exactly what they’ll need to do.

Change of Address is available from Riptide Publishing. http://riptidepublishing.com/titles/change-of-address

Coffee-fueled author Jordan Brock writes engaging contemporary romance with a deliciously pan-romantic sensibility and an emphasis on consent, respect, and, of course, love. Her characters are constantly surprised by the way love’s slow burn sneaks up on them.

Jordan’s children are all four-legged and furry. They love to be oh-so-helpful with her writing. She can usually be found hiding from the sun with her service dog and her puppy-in-training. (She tried the training thing with cats first, since cats are so much smarter, but it was a no-go.)

Before she was published, Jordan worked as a tech writer in the semiconductor industry. She’s also created labs and learning materials for auto, diesel , and motorcycle mechanics. The technology was the easy part; the hard part was trying not to slip in pop-culture snark.

Jordan lives in the desert outside Phoenix, Arizona, despite the fact she turns into gray goo and blue hair dye when exposed to heat. For fun, she hunts scorpions in the backyard, with a blowtorch, and a crowbar. She’s chronically unavailable for at least a month after new game releases from Blizzard. She’s an unapologetic fangirl and has been known to write an occasional fanfic to prove Bucky Barnes is not a villain. Oh, and she crochets the cutest amigurumi ever.

To celebrate the release of Change of Address, one lucky winner will receive a stuffed United States Air Force bear and $15 in Riptide credit! 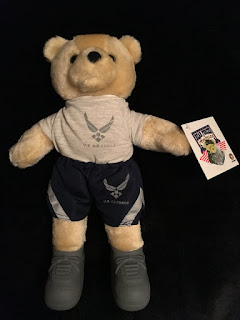 Leave a comment with your contact info to enter the contest. Entries close at midnight, Eastern time, on October 29, 2016. Contest is NOT restricted to U.S. entries. Thanks for following the tour, and don’t forget to leave your contact info!
Posted by Wicked Faerie's Tales and Reviews at 10/28/2016 09:00:00 AM