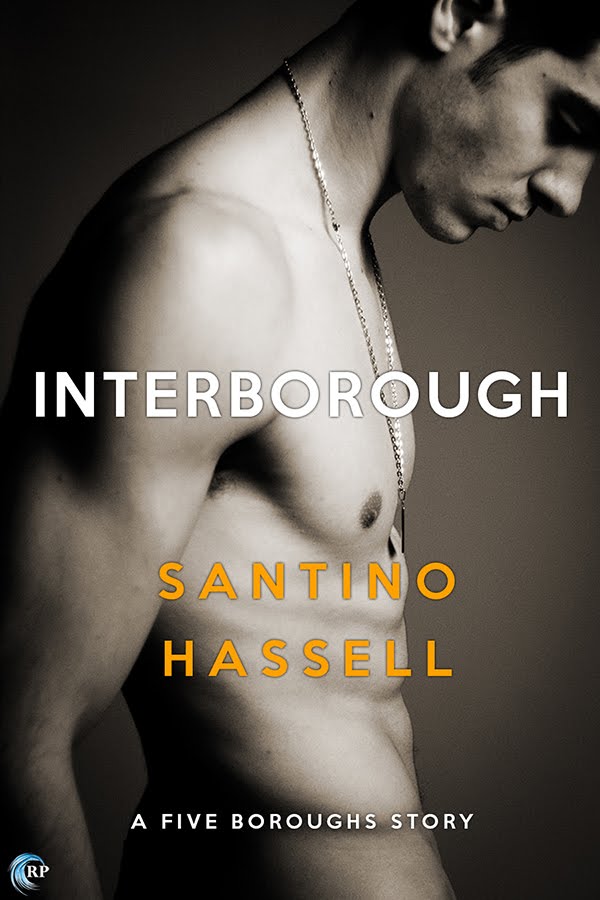 The Raymond Rodriguez from a few years ago wouldn’t recognize the guy he is today. He’s left his slacker ways far behind him and is now juggling two jobs and school. But the balancing act doesn’t allow much time for the man he loves.

David is doing his best to be supportive, but problems at work and his own insecurity leave him frustrated—in more ways than the obvious—whenever he goes to bed before Raymond gets home. The heat and affection between them is still there, but they barely have the time or energy to enjoy it. And it doesn’t help that Raymond is still hiding David from his colleagues.

The stress mounts so high that a vacation in paradise is filled with turmoil instead of harmony, and culminates on their return to the five boroughs with broken promises and heartache. They have to figure out how to stop allowing their differences to overshadow their love. It’s the only way they’ll make it to forever.

Sometimes I think about my favorite couples and wonder how they’re doing. I do this with my own characters which is why I wrote INTERBOROUGH—my newest Five Boroughs novel. David and Raymond were the heroes of SUNSET PARK and confessed their love to each other at the end, but I knew it was just the beginning for them. There were a lot of changes headed their way, and I kept wondering how they’d handle various situations. This led to me wanting to write a check in novella which quickly turned into a full-length novel with one of the most HEA-wrapped-in-a-bow epilogues I’ve ever written.

I asked readers and authors what couples they’d like to check in on if given the opportunity, and these five novels made frequent appearances in the responses!

Desmond Poole is damaged in more ways than one. If he was an underachiever before, he’s entirely useless now that he’s lost his right hand. He spends his time drowning his sorrows in vodka while he deliberately blows off the training that would help him master his new prosthetic. Social Services seems determined to try and stop him from wallowing in his own filth, so he’s forced to attend an amputee support group. He expects nothing more than stale cookies, tepid decaf and a bunch of self-pitying sob stories, so he’s blindsided when a fellow amputee catches his eye.

Corey Steiner is a hot young rudeboy who works his robotic limb like an extension of his own body, and he’s smitten by Desmond’s crusty punk rock charm from the get-go. Unfortunately, Desmond hasn’t quite severed ties with his ex-boyfriend, and Corey isn’t known for his maturity or patience.

Meatworks is set in a bleak near-future where cell phone and personal computer technologies never developed. In their place, robotics flourished. Now robots run everything from cars to coffee pots. Taking the guesswork out of menial tasks was intended to create leisure time, but instead robots have made society dependent and passive.

Desmond loathes robots and goes out of his way to avoid them. But can he survive without the robotic arm strapped to the end of his stump?

HOW TO REPAIR A MECHANICAL HEART by J.C. Lillis

Eighteen-year-old Castaway Planet fans Brandon and Abel hate bad fan fiction—especially when it pairs their number-one TV crushes of all time, dashing space captain Cadmus and dapper android Sim. As co-runners of the Internet’s third most popular Castaway Planet vlog, they love to spar with the “Cadsim” fangirls who think Cadmus will melt Sim’s mechanical heart by the Season 5 finale. This summer, Brandon and Abel have a mission: hit the road in an RV to follow the traveling Castaway Planet convention, interview the actors and showrunner, and uncover proof that a legit Cadsim romance will NEVER, EVER HAPPEN.

A Brandon and Abel romance: also not happening. Brandon’s sick of his struggle to make “gay and Catholic” compute, so it’s safer to love a TV android. Plus Abel’s got a hot new boyfriend with a phoenix tattoo, and how can Brandon compete with that? But when mysterious messages about them start popping up in the fan community, they make a shocking discovery that slowly forces their real feelings to the surface. Before they get to the last Castaway Planet convention, Brandon’s going to find out the truth: can a mechanical heart be reprogrammed, or will his first shot at love be a full system failure?

Only, it’s not just his dad he has to live with. There’s Lila, too: The other woman, the one who stole the rock-solid foundation of his life.

All Cooper wants is to have his family back the way it once was, but there’s something about this boy that promises things will never be the same again.

Resisting the realities of his new life, Cooper and Jace get off to a rocky start. But rocky start or not, after hundreds of shared memories together, they forge something new. A close ... friendship.

Because friendship is all they can have. Although it’s not like they are real brothers...

But how does that friendship evolve under the pressures of life?

Under pressures of the heart?

TIED TO TROUBLE by Megan Erickson

Between love and hate, there's a whole lot of trouble…

Chad Lake only showed up at his sister's party for the free food, but when he spots an uptight nerd at the edge of the crowd, he can't resist trying to ruffle the guy's perfect bow tie and impeccable hair. The hottie's ready for him, though, and in the end, it's Chad who's left wide-eyed, his ears still ringing with the filthy things Bow Tie whispered in his ear. No one gets the upper hand on Chad. Ever.

Owen Hawkins has heard all about the cocky Adonis from Chad's sister—the same sister who holds Owen's career advancement in her hands. He has every intention of steering clear of the other man…until Chad's sexy taunts push him too far. There's something intriguing about Chad, and even though Owen knows that getting tangled up with the infuriating man is trouble, he can't seem to stay away…

OUT OF NOWHERE by Roan Parish

The only thing in Colin Mulligan’s life that makes sense is taking cars apart and putting them back together. In the auto shop where he works with his father and brothers, he tries to get through the day without having a panic attack or flying into a rage. Drinking helps. So do running and lifting weights until he can hardly stand. But none of it can change the fact that he’s gay, a secret he has kept from everyone.

Rafael Guerrera has found ways to live with the past he’s ashamed of. He’s dedicated his life to social justice work and to helping youth who, like him, had very little growing up. He has no time for love. Hell, he barely has time for himself. Somehow, everything about miserable, self-destructive Colin cries out to him. But down that path lie the troubles Rafe has worked so hard to leave behind. And as their relationship intensifies, Rafe and Colin are forced to dredge up secrets that both men would prefer stay buried.

Which characters would YOU want to see more of?

To celebrate the release of Interborough, one lucky winner will receive $25 in Riptide Publishing credit! Leave a comment with your contact info to enter the contest. Entries close at midnight, Eastern time, on October 29, 2016. Contest is NOT restricted to U.S. entries. Thanks for following the tour, and don’t forget to leave your contact info!