The highly anticipated second book in the Crossbreed Series is now available!!

“WE ALL HAVE SECRETS, RAVEN. DARK ONES. EACH AND EVERY ONE OF US.” 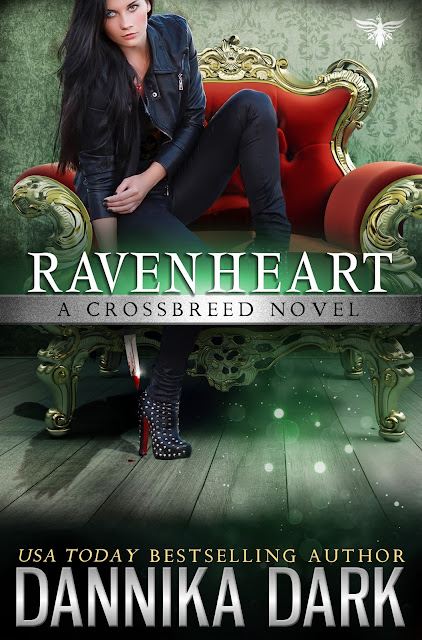 Two weeks after joining Keystone, Raven Black is ready to take on the world as a criminal hunter for hire. If only her partner wasn’t a bloodsucking Vampire with a penchant for getting under her skin. Despite her lavish surroundings, Raven misses the freedom of life without rules. And Keystone’s next assignment is about to test her self-control in more ways than one.

Dead bodies are popping up in the human district, and all signs point to a Breed serial killer. In order to catch him, Raven and Christian embark on a mission that takes their partnership into uncharted waters. Lives are at stake. Can Raven trust her instincts, or will she fall into a web spun from lies and deceit?

Time is running out in this pulse-pounding tale of dark secrets, murder, and forbidden desires.


Audiobook for RAVENHEART available on June 14, 2017

Christian slipped on his thin cotton shirt, and I kept waiting for that towel to drop from all his twisty movements, but it clung to him like a chastity belt to a virgin.

Only there was nothing virginal in the way he looked at me. His eyes burned with secrets, and when he licked his lips, I felt the invitation just as surely as I saw it.

He tossed me my jacket, and I stood up to put it on. Christian did the same, his long black jacket swirling around him as he slipped his arms into the sleeves, until finally it covered everything but his legs below the thigh.
Then the towel dropped.

Christian swaggered back to the bathroom. Did he just chuckle?
Perturbed, I looked away and widened my eyes when I realized my bra was draped over the TV. I stuffed it into my coat pocket and then switched off the television.

As I neared the bathroom entrance, I peeked in and saw him leaning over the tub, his foot propped on the edge while he tied his laces.

“You look like something the cat dragged in,” he said, peering over his shoulder.

“If you were a gentleman, I might have gotten to use the shower first.”

He stood up and gripped the doorjamb over his head. “Perhaps next time we should share—that way nobody gets left out.”

Christian winked. “Just trying to think about the environment and water conservation.”

“Exactly what did you say to that woman at the bar that made her a willing victim?”

He grinned wolfishly. “I’m afraid you’ll have to come closer to find out.”

“No, thanks. I’m just curious what kind of words of seduction you use to catch your prey. Probably telling them they taste like the Dead Sea or something romantic like that.”

Christian gave me a bemused look. “Why would you say something like that?”

I shrugged. “I don’t know. It was the first thing that popped into my mind. Am I getting warm, Romeo?”

“Ice cold. Like your nipples. Perhaps you should get decent and put on a bra.”

“If a bra makes you decent, then you need one more than I do.” 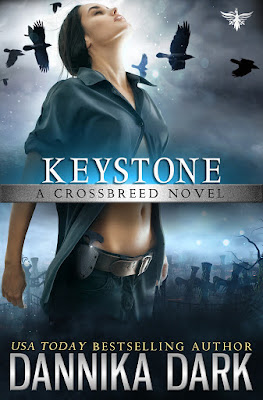 Grab your copy at

Dannika Dark is the USA Today Bestselling Author of Urban Fantasy Romance and Paranormal Romance. Her books have sold more than 1 million copies worldwide, and she is a 2016 Audie Awards finalist.

Dannika was born on a military base in the U.S. and spent her youth traveling abroad. She developed an interest writing poetry and song lyrics early on, eventually gravitating toward a job that involved writing procedural training documentation. In her spare time, she wrote novels before she decided to pursue a career in publishing.

In addition to writing about supernatural worlds, Dannika is passionate about graphic design and creates all her own covers and series art. When not writing, she enjoys indie music, movies, reading, Tex-Mex, strawberry daiquiris, heaps of chocolate, and unleashing her dark side.

All of her published books to date are written in the same universe and contain material suitable for adults only.

"For me, writing is all about blending genres to break out of the confines of predictability, but it's what I love to do." ~ Danni

You can find Dannika at

To receive exclusive content and be the first to know about upcoming releases, please sign up to receive her newsletter.