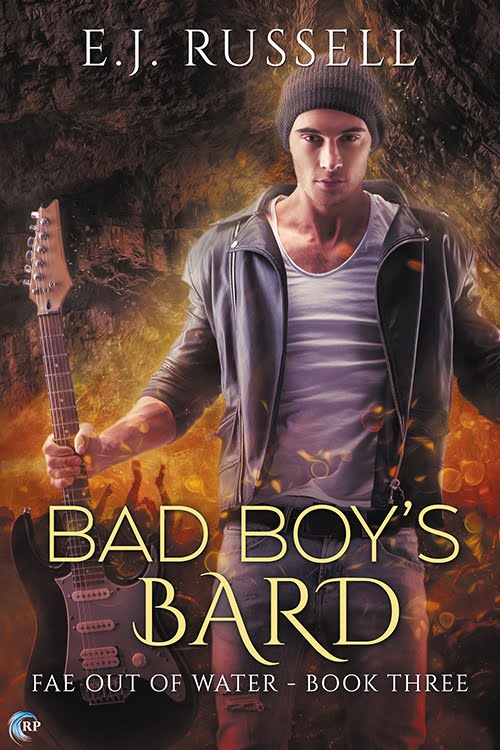 As far as rock star Gareth Kendrick, the last true bard in Faerie, is concerned, the only good Unseelie is . . . well . . . there’s no such thing. Two centuries ago, an Unseelie lord abducted Gareth’s human lover, Niall, and Gareth has neither forgotten nor forgiven.

Niall O’Tierney, half-human son of the Unseelie King, had never lost a wager until the day he swore to rid the Seelie court of its bard. That bet cost him everything: his freedom, his family—and his heart. When he’s suddenly face-to-face with Gareth at the ceremony to join the Seelie and Unseelie realms, Niall does the only thing inhumanly possible: he fakes amnesia. Not his finest hour, perhaps, but he never revealed his Unseelie heritage, and to tell the truth now would be to risk Gareth’s revulsion—far harder to bear than two hundred years of imprisonment.

Then a new threat to Gareth’s life arises, and he and Niall stage a mad escape into the Outer World, only to discover the fate of all fae resting on their shoulders. But before they can save the realm, they have to tackle something really tough: mending their own broken relationship.

Exclusive Excerpt
The barman brought them two pints with only a glance from Niall. “Evening, John. Keeping all right?”

“Ach, Niall. That bastard of a baron has nearly stripped us bare again. Taxes.” The barman snorted. “You ask me, them taxes is going to buy another trinket for the blighter’s jewelry box, while half the town is nigh on starving.”

“Is that so? Well, we’ll have to see what we can do about that.” He took a sip of his ale. “Ah. Always the best around, John. You never disappoint.”

“By the way, this is— What was your name again, boyo?”

“Gareth then. Gareth’s a rare bard, John, and we wouldn’t want his throat to get too parched, now, so keep them coming, aye?”

“Welcome to ye, bard. If the ale’s to your liking, perhaps you’d favor us with a tune?”

Gareth smiled at man. “It would be my honor.” He could sing his latest song, the one that would have won him the eisteddfod chair if he’d been unscrupulous enough to pit his bardic magic against human musicians. But here, he could repay the barman, and maybe catch that look of admiration in Niall’s eyes again before he had to move on.

After the song, though, Niall welcomed Gareth back to their table with an arm slung across his shoulder. “That was grand, boyo. But are you after a spot more excitement tonight?”

But instead of the expected kiss, Niall led him behind the inn to the stables. Is he going to do more than kiss me? Gareth’s mouth went dry with newfound desire. He expected the Voices to mock him for that, since he’d never approached another man, but they were mute, as if Niall’s presence—so big and bold and real—had muzzled them.

But Niall didn’t lead him to the hayloft and the tryst that Gareth was suddenly desperate for. Instead, he nodded to a groom, who led out two horses.

“It’s Gareth, and yes, I can ride. Better than you, I’ll wager.” That was one thing other than music that he excelled at.

“A wager, eh? You’ve pegged my weakness. I’ll never say nay to one of those.” Niall grinned as he mounted a black stallion with a blaze on its forehead. “What are the stakes?”

Gareth took a moment to whisper to the chestnut mare the groom handed over to him. She flicked an ear back before pressing her head to his chest for him to stroke her neck and mane. Stalling. He could admit it, but if he asked for what he really wanted, and Niall said no, or worse, attacked him for the insult? He mounted, and when he glanced at Niall, his grin had widened, as if he knew what Gareth was thinking.

Gareth took his courage in both hands. Nothing ventured, nothing gained. “A kiss.”

Niall’s eyebrows shot up. “A kiss is it? From some comely barmaid?”

Niall laughed then, a sound that Gareth had longed to try to capture in a melody. “Then, boyo, I hope you outride me for certain.” He pulled a fist-sized bundle out of his saddlebag and tossed it to Gareth. “Once we’re clear of town, put that on. Wouldn’t do for anyone to see that pretty face.”

“I’ve got my own, never fear. Coming?” He urged his horse to a trot.

Gareth wheeled his own mount and followed Niall out of the stable yard. He’d never stepped a foot out of line before, the responsibility of being the last bard in Faerie weighing him down, reinforcing Arawn’s—and later the Queen’s—refusal to allow him combat training. His hands were too valuable to risk, they said; his voice too precious to break in a battle cry.

But the excitement surging in his veins tonight set off a whole new melody in his soul—bright and martial and a little bit sly.

His heart beat like a bodhran as they nearly flew through the windy night, Niall’s eyes dancing behind his mask, his grin manic in the moonlight when they intercepted the coach.

When the coachman raised his weapon, pointing it square at Gareth’s chest, he ought to have been terrified. Instead he’d never felt more alive. One moment of life before death.

But the gun misfired, and Niall’s order to “Stand and deliver!” met with no more resistance.

The trembling lord handed over his fat purse and stickpin, causing a twinge of guilt in Gareth’s chest. Thievery—the Voices were dismissive of it, all of them having been thieves or worse themselves. For that reason alone, Gareth disapproved on principle.

But then Niall led him back to the village where the lord had just been to collect taxes, returning the money to the villagers, and their gratitude, the lessening of desperation in their faces, wiped out any regret. 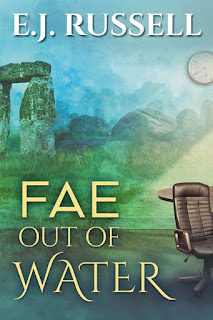 Check out Fae Out of Water! http://www.riptidepublishing.com/titles/series/fae-out-water

To celebrate the release of all three books in the Fae Out of Water series, one lucky winner across all three tours will receive a GRAND PRIZE of a $50 Riptide credit! Leave a comment with your contact info to enter the contest. Entries close at midnight, Eastern time, on September 23, 2017. Contest is NOT restricted to U.S. entries. Thanks for following the Bad Boy’s Bard tour, and don’t forget to leave your contact info!