Alistair Ellis is the proud gardener for beautiful fifteenth-century Whitecott Manor, in England’s West Country. His life changes forever following a gas explosion at the manor, in which his boss—and love of his life—dies. However, his boss hasn’t exactly gone for good and Alistair still finds himself involved in conversations with the deceased.

Circumstances improve when he meets Noah, the handsome dog groomer for the manor’s new owners. Although there are some issues: Noah is already engaged and Alistair suffers from cynophobia—an acute fear of dogs!

Once I was aware of the cuts, they stung like a bitch. I should’ve worn gloves, really, but it’s so much easier not to. I was almost finished anyway, and the Harpers’ rose borders were nearly ready. They’d look beautiful when they flowered in the summer—they always did. White and red rose blooms flanked the path to the tennis court. I just had one last bush to prune and then I could stop for a cuppa. The cuts were itching now too, right where the thorns had snagged and ripped my skin. I sucked the flesh between my thumb and index finger, tasting blood and mud, and stood there, secateurs in hand, watching the house.

It was a fifteenth-century manor—a beautiful listed building made from warm-yellow stone. It’d been revamped inside, a strange mixture of modern and ancient, and was currently—unfortunately, in my opinion—on the market. I didn’t want it to sell; I didn’t want to lose my job. The Harpers assured me that whoever bought the place would keep me on but, well, it wasn’t down to them.

I took my hand from my mouth and watched as the estate agent led a middle-aged couple from their car—some sort of old classic; light blue with a soft-top—to the front of the manor. Even at this distance, I could see the look on their faces as they gazed up at the building before entering. They loved it already. Everybody did; it was such an impressive place. Bloody hell, I’d buy it if I had a spare eight million lying around.

I glowered to myself and turned back to the last bush, reaching into the branches to snip it into some sort of order. I cut myself on another thorn and swore impatiently.

I turned to see Mr Harper—Emmett—watching me. He stood there, smiling, his hands tucked in the pockets of his ridiculous purple corduroys. He always reminded me of Colin Firth, though he didn’t look particularly like him. He was a similar age, I suppose, and had that same clipped accent and no-nonsense manner.

I tossed rose clippings into my wheelbarrow. “Sorry. It’s these roses. They’re full of thorns.”

I scratched at my cheek with the edge of my thumbnail and then wiped the back of my hand across my brow. “You really want Whitecott Manor bought by lottery winners?” I asked. It wasn’t really any of my business, but I didn’t want to see the place sold on yet again because the Scrantons squandered all their money and ended up bankrupt within a year.

Emmett shrugged. “My dear, I don’t care who buys it as long as they cough up the money. You know I can’t afford to keep the place.”

I knew. Emmett was swimming in debt. His daughters—all five of them—had now moved out and he had to pay for everything on his own since his wife had left. Old Mrs Harper, Emmett’s mother, lived in the house with him, but she was in her eighties and, I think, had about as much money as he did. They wanted to move to a little cottage somewhere, with a nice granny annex and a garden that didn’t require much attention. Certainly not enough attention to take me with them.

I hadn’t said anything. Emmett came and put his hand to the small of my back. “Whoever ends up here would be mad to let you go. They can see how beautiful the gardens are.”

I nodded and stared into the rose bush.

“And you’re beautiful,” he added. “Who would not want you around?”

“You don’t need to flatter me.” I snipped at the bush and tossed branches into my wheelbarrow.

Emmett chuckled and moved away. “Cheer up, Alistair! You’ve got your whole life ahead of you. I’m off to take Mother her tea.”

I watched him stroll back to the house as if he didn’t have a care in the world. I’d miss him most of all. Well, maybe he wouldn’t move far. I’d probably still see him around—at the local fair or plant show perhaps. Besides, house sales took ages; I knew that from experience. If the Scrantons bought the place, it’d be a while yet before they moved in. And if they decided they didn’t want a gardener—if—then I had plenty of time to look for a new job. I could always audition for the X Factor and see where that got me—Emmett said I had a great singing voice, and I’d often dreamed of performing on stage.

I picked up the wheelbarrow and went to empty the clippings on the compost heap. I was just trundling back to the roses when I spotted the estate agent leading the Scrantons out into the gardens. I’d make myself scarce; I didn’t want to have to smile politely while they stood and gawked, so I downed tools and headed to the potting shed.

The cabbage seedlings were coming on nicely, I noticed, but my beetroots were depressingly small. I’d never had much luck with beetroot. They never grew much larger than rat testicles. I shrugged out of my overalls and tied the arms around my waist, singing an Elvis track softly beneath my breath.

I’d just reached for a watering can when an almighty bang made me jump out of my skin. The windows blew out the front of the manor, followed by tongues of fire licking the frames. I stared, heart frozen and mouth open. Then my heart started again, blood thumping in my ears. I threw open the shed door and ran.

I dashed towards the building, pulled open the door, and hurried down the hall to where the explosion had come from—the kitchen. Flames crackled in the room, red and angry and louder than I would’ve expected. Smoke and heat billowed outwards, and I coughed and covered my nose. My eyes watered.

Something crashed—maybe part of the ceiling falling—and I took a step to go after Emmett when somebody grabbed my arm and hauled me back.

“Mr Harper’s in there,” I shouted at the estate agent, fighting the man’s vice-like grip. “Emmett! Emmett!”

The estate agent pulled me away, forcing me bodily back down the hall and outside. He was speaking—shouting, I think—but I yelled too, my voice hoarse, and I couldn’t hear him, couldn’t see, couldn’t… Emmett.

Sirens screamed in the distance, and then I saw the lights flashing through the trees that flanked the lane beside the manor. Fire engines arrived in a cacophony of noise and colour. The estate agent held me in a bear hug, and all I could do as firefighters jumped from their vehicles was stare at the flames roaring from the broken windows. 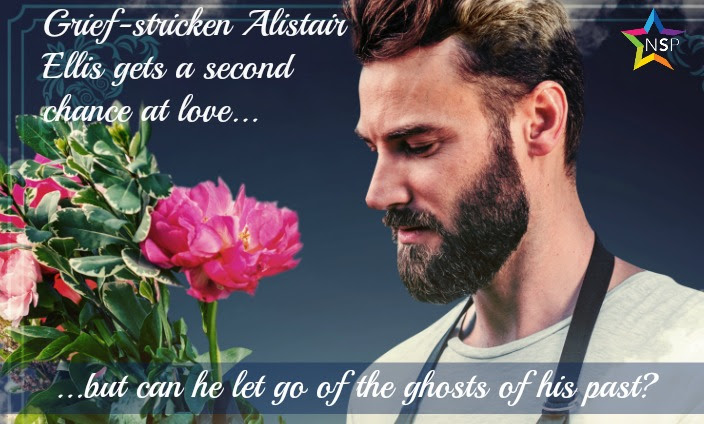 Emma Jane has been writing stories since primary school, some of which still survive in notebooks in her dad’s attic, and wanted to be an author as soon as she realised it was a possible career choice and ‘Pony’ or ‘Ninja’ weren’t viable options.

Her first short story, Club Freak, about an anonymous woman’s determination to find her husband’s killer, was published by Park Publication’s Debut magazine in May 2009. Since then, she has gone on to write many short stories and poems for various small presses and has achieved an Honourable Mention in the 2011 Writers of the Future competition. In 2014, writing as Emma Jane, she signed her first publishing contract for not one, but two novels.