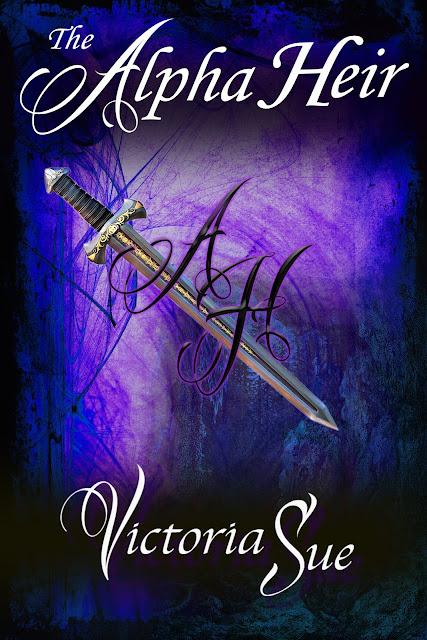 Blurb
Man and wolf. Sworn enemies in the battle for Askara. Can hate and betrayal ever lead to love?
Caleb Harken has spent six years wrongfully imprisoned for his father’s treachery. Tortured and reviled by the very wolf pack he should have been leading as Alpha, he is not surprised to learn he’s finally to meet his death at the hands of the human rebel leader, Taegan Callan.

Taegan gave up his dreams of a life-mate and a family after seeing too many humans butchered at the hands of the wolves—even if Caleb doesn’t seem to be the bloodthirsty savage he expects, and even if he starts to long for a different kind of future with the wolf.

Can Caleb become the Alpha he was always meant to be and lead his pack, or will he finally realize that winning his freedom means nothing when he has already lost his heart?

Excerpt
Taegan paused outside the room. Caleb’s cry had reminded him of a wounded animal and he ached to soothe the hurt he heard in the man’s voice. He had unashamedly listened for the last few minutes. Heard Caleb’s fears, and even more so listened to Silas’s pronouncement with a quiet desperation. He had seen plenty of atrocities in his life but the thought of what had happened to Caleb turned his stomach. Mason would slaughter him. He could still hear the sound of Xander’s neck snapping and he couldn’t stand the thought of the same thing happening to Caleb. The irony once again was not lost on him. He pushed the door open, his gaze immediately settling on Caleb. Caleb didn’t move, but Taegan knew the wolf knew he was there.

Silas stood and gathered his book and papers. “I am sending a bird with a message to contact an old friend in Nairn for some advice. He has the same interests in our history that I share, and I believe some of his books are older than mine. He is also quite gifted in Askaran and translates for the Alphas.” Before Taegan had found the words to acknowledge his friend, Silas was closing the door behind him. Caleb curled into himself. He did it all the time — tried to make himself smaller. Taegan knew it was a defense against all the hurt and he ached that Caleb still did this with him. But then, Caleb still had no reason to believe Taegan wasn’t going to hurt him. Taegan eyed the bed. Caleb had curled so far away from the edge there was now enough room for him, so he sat down.

He heard the inhale and saw how Caleb’s whole body seemed to pause and then relax as he let the long breath out. He would bet Caleb didn’t even know he was doing it. He’d begged Silas not to mention the bonding to Caleb again. He needed time to get his own head around the preposterous idea, and Silas had agreed on condition that Taegan kept Caleb with him at night for the time being. Caleb was right about one thing though. He couldn’t stay here. It put every human they had at risk. After a second, Caleb opened his eyes.

“I know I cannot stay,” Caleb said, repeating what he had told Silas a few moments ago.
“Let’s not rush into anything,” Taegan said, inexplicably the opposite of what he had just told himself. But all he could think was to soothe away the hurt he could hear in the whispered words and the hopelessness he could see in the slump of Caleb’s shoulders.

“I am putting your whole settlement at risk. It is clever to use the Sulphur fields.”

Taegan’s head shot up. “The fields travel for many hundreds of miles.”

Caleb smiled. “Like I said, clever, but not impenetrable.”

They were touching. Taegan had sat down with a good ten hand spans between them, and little by little Caleb had moved until their knees rested against each other. Taegan wasn’t convinced Caleb was even aware of what he had done, but he was. Every nerve in his body was hyper-aware of the other delicious body sitting so near to him. Taegan let his hand fall into the small space between them and suddenly the silence between them lengthened. Caleb’s head was lowered and Taegan knew beyond a shadow of a doubt his eyes were fixed on Taegan’s fingers. Taegan knew he ought to move his hand. So close, it was an invitation, one Taegan had no business offering and one Caleb would be insane to accept. Caleb raised his face to Taegan. Liquid brown eyes. He’d seen them filled with pain, fear, resignation; but none of that was there now. Wonder, awe, and a deep understanding shone from them. It was as if some emotion arced between them. A feeling, an acknowledgement, one as old as forever but with the promise of something new. At the same instant Taegan saw Caleb’s lips part in a different sort of invitation, he felt the smaller hand flutter and rest on his own. Taegan stared into Caleb’s deep golden eyes and as he moved — because he was helpless to do anything else. The second their lips finally touched, he knew.

He didn’t need to question the need to be Caleb’s home; to argue the danger, the impossibility of his choice … because suddenly it was the futility of any other choice, the need for this man to be nowhere other than wrapped in Taegan’s arms. Soft lips, warm breath that ghosted and mixed with his. Taegan’s arms rose and wrapped themselves around Caleb’s body, an urgent unspoken need as Caleb parted his lips to let Taegan’s tongue in. The soft noise in the back of Caleb’s throat went straight to Taegan’s groin and he dragged him closer.

The knock on the door had Taegan wrenching them apart. He stood before it opened. Rego walked in and stood staring with narrowed eyes. His gaze confused, then darkening as he looked from Taegan to Caleb. Taegan’s eyes slid once to Caleb and he nearly groaned. Wide, brown eyes, wet pink lips, a blush of need darkening his throat and cheeks.

Shit. Of all people to walk in it had to be Rego.

“We need you outside,” Rego said and turned back to the door, clearly expecting Taegan to follow. He did, but one step away from disappearing he glanced back at Caleb and his lips curled upwards in an automatic response. Fear, yes. Pain, yes. All those things, and now even desire had shone in those eyes. But now there was something else, and the smile that lit them was possibly the most beautiful thing he had ever seen.

Wrote her first book on a dare from her hubby three years ago. Loves writing about gorgeous boys loving each other the best, and especially with either a paranormal or a historical twist. Had a try at writing contemporary but failed spectacularly when it grew four legs and a tail.
Is an English northern lass but is currently serving twenty to life in Florida – unfortunately, she spends more time chained at her computer than on a beach.