Leaning Into The Look by Lane Hayes - Blog Tour with Review 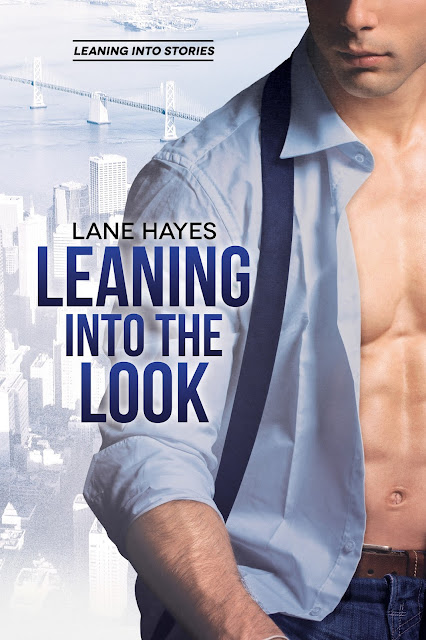 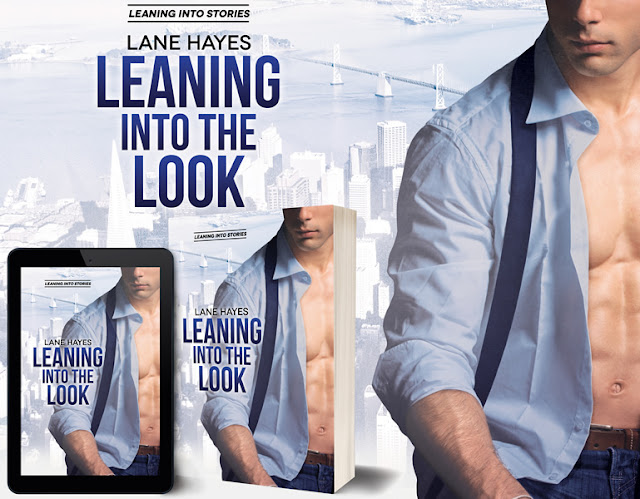 Grant Kostas made a career based on his looks before joining his family’s real estate firm. He may not love his job but he’s better at sales than he thought. And when he’s poised to bring in the biggest account of the company’s history, even his father is impressed. Unfortunately, the extra attention highlights Grant’s personal life. His parents accept that he’s gay. They just wish he’d meet a nice Greek man.

Miles Harrison is a fabulous red head going through a rough patch. Between getting dumped by his long-term boyfriend and finding a new place to live in the city, he’s nearing his wits end. He’s not sure why he thought rooming with his boss’s friend was a good idea. Miles has had a crush on Grant for years. However, he knows attractive people aren’t always pretty on the inside. As the two men grapple with external problems, they form an unexpected bond of friendship and trust that feels like the real thing. The only way to know for certain is to let go of fear and lean into the look. 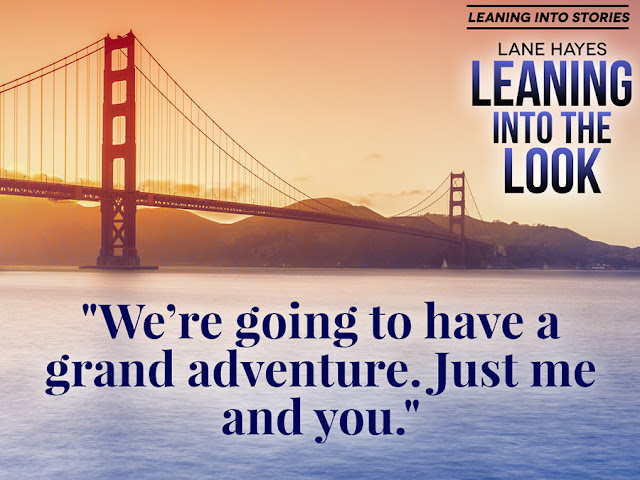 “You and I are opposites. You like quiet and order, and I thrive on chaos. I want everything you have and more. The boisterous family with the ancient traditions and food for days. I can’t even watch My Big Fat Greek Wedding without getting jealous. And that’s your real life.”

“Times ten,” I agreed with a half laugh.

Miles chuckled. “Humans are a mystery. Why are we never happy with what we have?”

I lowered my hand to his waist and hooked my fingers through his belt loop. “We don’t see well. We don’t know when to speak and when to listen. We don’t understand the nuances in taste and touch. Take your pick.”

“Mmm. Personally, I think we rely too heavily on looks. Physical appearances and perceived appearances. It takes patience and effort to really see the person under skin and bones. The scars and insecurities. To sift through their baggage while they do the same to you and cross your fingers, hoping like mad that you pass the test. It’s so…hard.”

“I’ve heard if you find the right partner it’s worth it,” I said softly.

Miles sighed and leaned heavily against my side. We fell silent for a moment, letting the squawk of seagulls and the medley of tourists’ voices mix with the occasional bark of a sea lion. We were part of a crowd and yet separate enough to hear our own thoughts.

“Thank you for today,” he said after awhile.

“I didn’t do anything special.”

“It wasn’t a real date. I can do better,” I assured him with a wry grin.

“No complaints here. Oh, except you made me walk three miles and—”

“Hey, at least I avoided the steeper streets.”

Miles snickered. “You were probably afraid I’d get tired and demand a piggyback ride.”

“Yeah, that did cross my mind,” I agreed sarcastically. “How about if I buy you a coffee for the walk back to the car?”

“Make it a hot chocolate and promise to hold my hand the whole way, and you’ve got yourself a deal,” he countered with a straight face.

My smile was so big it hurt. I enveloped him in a giant bear hug and pulled back to kiss his forehead. “Deal.”

I laced my fingers with his and pulled him through the crowd to the boardwalk. And I didn’t let go. Block after block through familiar city streets and eclectic neighborhoods, I kept him close, marveling at how right it felt just being with him. I noted his shy, pleased smile and cautioned myself not to read too much into the look. I didn’t want to ruin the mood by saying too much. But I knew it was a matter of time before I lost myself to Miles completely.

Leaning Into The Look is the sixth book in the Leaning Into series. While you could possibly read them as stand-alones, I'd recommend reading the books in order as you meet most of the characters in the series from the first book.

I think that this has become my favorite book in this series to date. I really enjoyed both main characters separately and when they were together. Miles and Grant are very different people but worked well together. Especially once they pulled their proverbial heads out of their asses and realized that they needed each other.

Miles is the complete and utter opposite of Grant for the most part. He's bold, and colorful, and tends to speak his mind but he also hides part of himself and says he doesn't want another relationship. Grant is reserved, except around his close group of friends. He struggled most of his life with issues, and no I'm not sharing what because that's a bit of a spoiler for a major portion of who Grant is. Miles has crushed on Grant for ages but neither have ever done anything about it until they just finally give in to that moment.

There's so many little things that if I share will give away the entire plot and I just can't do that because this is the kind of story that really needs to be read without giving away bits and pieces. Needless to say though.. this book worked well for me. The only drawback, and the reason for the missing half star, is that I would have loved to have seen more of Mile's POV just to get more of his inner dialogue and also his feelings. I think that would have added that extra little bit to this wonderful character.

Overall this was a really good story and it's also the last of the original circle of friends. So what's next in this series, if it's continuing, I'm not sure but I'm anxiously going to await it. This author is one of my favorites and her books tend to be auto-buys for me. I recommend that you pick up this one for a relaxing weekend read or better yet a fun spring break read.