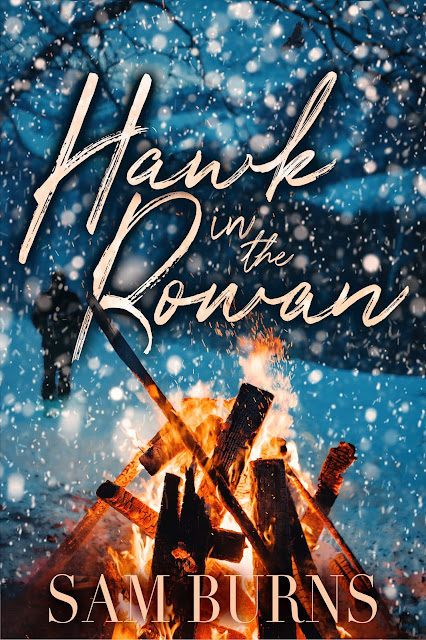 Devon Murphy has been back in Rowan Harbor for three months. He’s taken on a host of new responsibilities, and is in a serious relationship for the first time in his life. He loves the town and its inhabitants, but it’s starting to feel like too much for the former drifter.

Now there’s a storm on the horizon, and it doesn’t seem like things are going to slow down and let him catch his breath. A blizzard is brewing, and three people have gone missing in the woods south of town. Devon needs to find them before time runs out.

This book is the fourth of nine in The Rowan Harbor Cycle, not a standalone. Devon and Wade will return in book seven for their HEA.

Hawk In the Rowan is the 4th book in The Rowan Harbor Cycle. This is not meant to be read as a standalone and the series must be read in order. This is the second full book that features Wade and Devon and continues their story along with the rest of their friends and townspeople. I have to really give this author some major love. They've created an extremely engaging and highly addictive urban fantasy story with a wide range of characters. The stories to this point have all been highly readable, and have made me want to turn around and start them again as I finish the first read through. These books also fill the void in the genre of a solid urban fantasy series that focuses as much on the happenings of the town and it's residents as it does on the couple that's the primary focus of that book. To be honest there is a LOT of Devon in this book and small amounts of the rest of the towns people so that's my only real drawback since I love to see the couples interacting with each other. There was significant interacting within the town and the secondary characters which filled out the story quite well. I'll be honest that this is a hard series to give a detailed review because it gives too many things away if I share the whos, the whats, and the hows. The story is getting deeper into the cycles so it's less the first blush of romance and now onto the long term relationship building, along with learning more about each character and their tasks and place in the stories. I highly, highly recommend picking up this series as soon as you can because it's well worth the time, and it would be a great sitting outside enjoying the spring/early summer read.