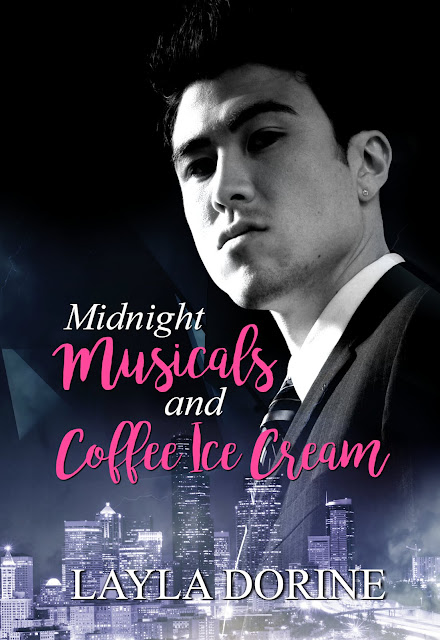 An escort and his client…could it ever be more than a business transaction.

Takashi never imagined that a simple call to an escort service would result in meeting Zander. What started out as a date to the winter gala at his office, morphed into a series of paid dates that offer him several unique opportunities to get to know the handsome, enigmatic escort.

Zander hates feeling like an ornament. After four years he’s ready for a new occupation. Unfortunately, he isn’t skilled enough for any job that would pay him the money he needs to make to support himself and his family. So, he stays with Mateo’s agency and keeps on taking clients, refusing to call them dates because that’s too personal.

Now their both trying to make the best of the brief moments they have together, blurring the lines more and more with every passing night. Takashi wants more, Zander wants to give it to him, but only after he gets the rest of his life worked out. Only problem is, he has no idea how.

The harsh crackle of rattling papers drew Takashi’s gaze away from the cloudy blue-gray sky stretching beyond the high-rise window. In the distance, waves rolled in an endless pattern. Yearning to feel the ocean spray against his face, Takashi regretted not taking the day off. It was too cold to swim, but a walk in the sand, feeling it squishing between his toes, was exactly what he needed after the week he’d had.

Greetings and thank you so much for hosting me and my new release Midnight Musicals and Coffee Ice Cream. The book took roughly two years to complete and three trips out to the Seattle/Everett area where the novel is set. Along the way, I got to experience a fish toss, organic vodka, some amazing bookstores, awesome coffee, unique spice rubs, karaoke, a leather bar during leather pride week, leather pride week itself, a beautiful stretch of beach, several forms of public transportation, scrumptious sea food, the loch system, the Nordic Heritage Museum, a garden park and maze and much, much more. In fact, many of the things I experienced along the way are woven among the pages.

Scribbling furiously on the two to three-day bus rides out and back, I would try to make as many notes as I could, start as many scenes as popped into my head, all while trying to keep everything fresh and vibrant in my mind. It helped that most nights I barely slept, so busy recording the inspirations from the previous days activities. Waking up in my hotel room to stumble to the shower and wander a block over to the diner, where I could caffinate enough to launch a small rocket before beginning my explorations again.

Now that Takashi and Zander’s story has been told, I still plan to return to Seattle each year. I’ve met some amazing people there and it’s a fascinating city. In fact, I’m already considering another story set within the Emerald City, though I am thinking a historical for that one. A glimpse into the cities past that will allow me to do a ton of research in the process. I love learning new things.

In the meantime, I hope readers will check out Midnight Musicals, and maybe try a few musicals themselves if they haven’t already. Song can really convey mood and tone in a story in a way that dialogue can’t always manage. If anything, it would be an opportunity to experience something new.

LAYLA DORINE lives among the sprawling prairies of Midwestern America, in a house with more cats than people. She loves hiking, fishing, swimming, martial arts, camping out, photography, cooking, and dabbling with several artistic mediums. In addition, she loves to travel and visit museums, historic, and haunted places.

Layla Dorine can be found at: