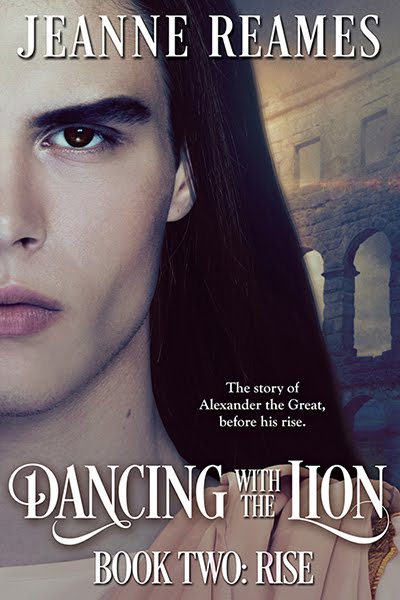 KHAIRĒ (again)!
As I said when introducing Book 1: Becoming, that’s “Howdy” in ancient Greek.
Thank you for joining me to kick off the release of Dancing with the Lion: Rise, the second half of my duology about ancient Greece and Alexander before he became “the Great.”
We have a Riptide gift card of $10 to offer, drawing made from those who comment or ask questions, one entry per blog. I’ve prepared entries about everything from ancient Greek food to ancient Greek love magic to Alexander’s sisters, as well as more about his relationship with Hephaistion, and with his father, King Philip.
I also want to let everybody know, there are some additional goodies on the series website, Alexander’s Macedonia.
Among these goodies are EXTRA SCENES, including cut scenes from book 1, newly added cut scenes from book 2, but also three additional scenes that occurred in the 9-10 months between the events of Becoming and Rise. One of them is a novelette of 10,000 words that shows the boys from (mostly) the adults’ point of view.
I hope you enjoy not just the tour blogs, but also the conclusion to my saga about Alexander’s youth.
About Dancing with the Lion: Rise
The story of Alexander before he became “the Great.”
Finished with schooling, Alexandros is appointed regent of Makedon while his father is away on campaign. He thrives with his new authority—this is the role he was born for—yet it creates conflict with his mother and Hephaistion. And when his soldiers, whom he leads with unexpected skill, start to call him “The Little King,” his father is less than delighted.
Tensions escalate between Alexandros and his father, and between Makedon and the city-states of southern Greece. As the drums of war sound, king and crown prince quarrel during their march to meet the Greeks in combat. Among other things, his father wants to know he can produce heirs, and thinks he should take a mistress, an idea Alexandros resists.
After the south is pacified, friction remains between Alexandros and the king. Hostilities explode at festivities for his father’s latest wedding, forcing Alexandros to flee in the middle of the night with his mother and Hephaistion. The rigors of exile strain his relationships, but the path to the throne will be his biggest challenge yet: a face-off for power between the talented young cub and the seasoned old lion.
Available now from Riptide Publishing! 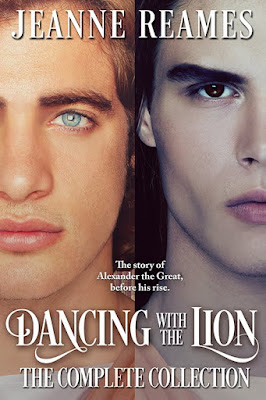 Alexandros is expected to command, not to crave the warmth of friendship with an equal. In a kingdom where his shrewd mother and sister are deemed inferior for their sex, and his love for Hephaistion could be seen as submission to an older boy, Alexandros longs to be a human being when everyone but Hephaistion just wants him to be a king.
Check out the series today!


“I know you've said you'd like to continue Alexander and Hephaistion's story beyond 'Rise', so can I ask how you see their relationship changing over the years as Alexander becomes 'the Great'?” 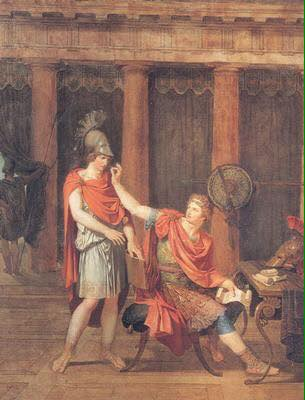 The biggest hurdle the two will face are Greek (and Macedonian) assumptions about “proper” relationships. While ancient Greece is sometimes portrayed as Gaytopia, it wasn’t. In the novels, I’ve endeavored to depict ancient sexual mores honestly, even if that may “harsh some squees.” While same-sex partnerships were permitted, rules still governed what was proper. It all came down to maintaining the social standing (timē) of the citizen men involved. Anything that made one of them too much “like a woman” was anathema, because theirs was a highly misogynistic society.

Ergo, past a certain age, men were expected to “graduate,” if you will, from younger (passive) partner to the elder (active) partner. Once able to grow a solid beard, a man who continued in the passive (womanish) role was looked down upon. Whoever was the higher status was assumed to be the “active” partner, and age usually determined who WAS the higher status.

But not always. Enter the difficulties for Alexandros and Hephaistion.

Until Alexandros is 18/19-ish, their relationship is acceptable, if eyebrow raising because Alexandros is a prince, but Hephaistion is not. That makes the issue of who has the higher status murky. Yet otherwise, it’s a pretty normal pairing. Yet by the time Alexandros becomes king (at 20), he’s both too old to be “the boy,” and AS king, absolutely cannot be “the boy.” Yet Hephaistion is even older, and shouldn’t be “the boy” either, or not without losing social face (honor/esteem).

I don’t want to give away the store, but suffice to say, their relationship has altered by the end of Rise. Yet the political reality is that—in order for Alexandros and Hephaistion to maintain social standing—they must become cagey. Even as prince (never mind king), Alexandros is expected to demonstrate that he can perform sexually with a woman to father an heir. In Rise, he acquires a mistress, who he does care about. But by the time he becomes king, what he and Hephaistion had continued semi-openly must become closeted.

Were Alexandros not so prominent, or at least if he were still prince, they might have been able to continue a little while in a shadowy “Well, they’re not that old yet…” Becoming king changes the landscape profoundly.

Kings, especially young kings not yet secure on their thrones, cannot do just whatever the hell they want, as the court of public opinion is merciless. Macedonian kings ruled by the consent and support of the people, especially the army. That meant they had to win wars, deliver loot, and maintain the respect of their people.

So Alexandros and Hephaistion must enter “the ancient Macedonian closet.” And while their inner circle might know they still maintained a sexual relationship, it can’t be publicly acknowledged.
This is how I intend to write about Alexandros and Hephaistion, going forward. Their friendship is legendary, and as philia was regarded as the more important love anyway, it’s not dishonest to emphasize philia…even if those close to them realize they’re still sexually involved, at least some of the time.

(Image by Neoclassicist painter, Louise Gauffier, 1791: source, M. J. Mann’s The Second Achilles. It represents a story from Plutarch wherein Alexander “sealed” Hephaistion’s lips [with his seal ring] when he was “caught” reading private mail over the king’s shoulder. An “oops” moment about their intimacy that Alexander handled graciously. But we might imagine that their lips are sealed about what else they do behind closed doors.) 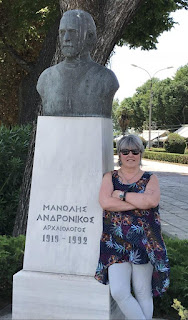 Jeanne Reames has been scribbling fiction since 6th grade, when her “write a sentence with this vocabulary word” turned into paragraphs, then into stories…and her teacher let her get away with it—even encouraged her! But she wears a few other hats, too, including history professor, graduate program chair, and director of the Ancient Mediterranean Studies Program at her university. She’s written academic articles about Alexander and ancient Macedonia, and does her best to interest undergrads in Greek history by teaching them (et al.) to swear in ancient Greek.
Her Website: https://jeannereames.net/Dancing_with_the_Lion/DwtL.html
On Facebook: facebook.com/jeanne.reames.3
On Instagram: instagram.com/jeannereames
On Twitter: twitter.com/DrReames
Giveaway
To celebrate this release, one lucky person will win a $10 gift card to Riptide. Leave a comment with your contact info to enter the contest. Entries close at midnight, Eastern time, on October 26, 2019. Contest is NOT restricted to U.S. entries. Thanks for following along, and don’t forget to leave your contact info!
Posted by Wicked Faerie's Tales and Reviews at 10/25/2019 10:00:00 AM