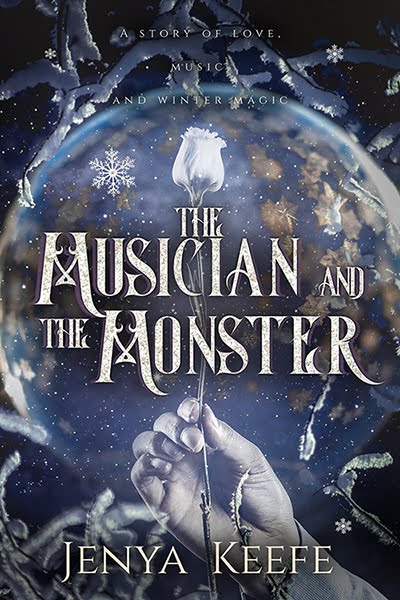 About the Book
Hatred is a spell only true love can break.
Ángel Cruz is a dedicated session musician, until loyalty to his estranged family forces him to work for Oberon: the feared and hated envoy from the Otherworld. Overnight, Ángel is taken from his life, his friends, his work, and trapped in a hideous mansion in the middle of nowhere, under constant surveillance, and with only the frightening fae for company.
Oberon’s poor understanding of humans combined with Ángel’s resentment and loneliness threaten to cause real harm to the pair. Then a long winter together in the mansion unites them in their love of music. Slowly, Ángel’s anger thaws, and he begins to realize that Oberon feels alone too.
Gradually, these two souls from different worlds form a connection like none other. But hate and prejudice are powerful things, and it’ll take all the magic of their love to stop the wider world from forcing them apart.
Now available from Riptide Publishing!

Wait, did you say reptilian?
The Monster and the Musician used to be about an alien.

A long time ago, I read a science fiction retelling of Beauty and the Beast, in which the Beast was an alien visitor from another planet. I loved the idea, but didn't like the execution. And so the first version of this story - Ángel and the Alien - was born.

In that version, the fae Oberon was an alien named Kepler (like Oberon, his true name was nearly unpronounceable to humans, so he was given a human name), and he communicated via chemical signals in his skin.  He was beautiful and frighteningly inhuman and very lonely, just like Oberon. He might have been a little reptilian.

When my editor suggested that readers might respond better to this character if he was more magical and less snakeish, I couldn't really disagree. So began the Great Rewrite, transforming a science fiction story into a fantasy one.

I think it's better; the only thing I'm sad about is the title change. Ángel and the Alien was a great title. 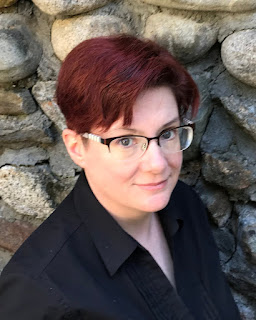 Jenya Keefe was born in the South. She has an advanced degree in European history, and has spent much of her life working the kinds of jobs a history degree qualifies you for: gift shop employee, lumber grader, classifieds clerk, hot glass artist. She currently lives in the Seattle area, where she works at a library. She has always written stories.
Website: www.jenyakeefe.com
Twitter: @JenyaKeefe
Giveaway
To celebrate this release, Jenya is giving away a $15 gift card to Powell’s City of Books! Powell’s is an independent bookseller located in Portland, but those not in Portland can still shop online. Leave a comment with your contact info to enter the contest. Entries close at midnight, Eastern time, on October 4, 2019. Contest is NOT restricted to U.S. entries.

Thanks for following along, and don’t forget to leave your contact info!