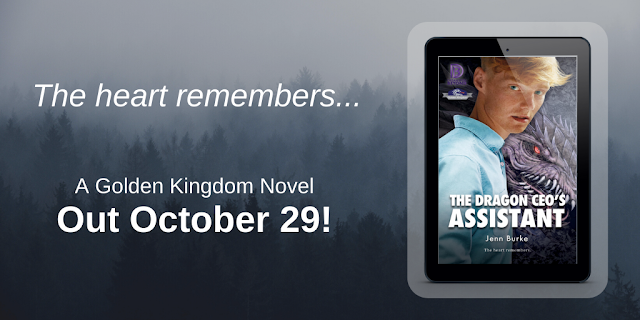 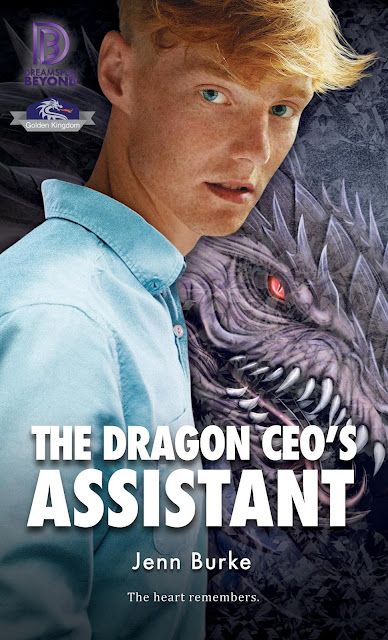 Synopsis for The Dragon CEO's Assistant:

When Aidan Bishop staggers out of the woods, naked and suffering from amnesia, he needs to relearn who he is and where he fits in the world.

His boss, nearly five-hundred-year-old dragon Nassim, head of a successful tech company, hurries to claim his wayward assistant and guide him back into the life he disappeared from. As they get to know each other again, Aidan wonders if their relationship went deeper than employer and employee. But Nassim isn’t telling, and Aidan has a secret of his own… even if he doesn’t know it yet.

He pulled the computer onto his lap, lifted the lid, and pressed the power key.
Wonder of wonders, it had no password.
“Bad Past-Aidan,” he muttered. “But thank you.”
Getting into his mail was no problem. As he waited for it to load, he couldn’t help the wriggle of excitement. Maybe there’d be an email from the friend he met on Monday after work. A clue. Something to give him a hint.
His inbox was empty. So was his sent folder and his trash too. There was a single message in his spam, but even without his memory, he wasn’t dumb enough to think he was related to a Nigerian prince. He deleted it and closed the application.
He opened the internet browser. It had no bookmarks, no social media, no favorite sites. That was weird, right? People used bookmarks. He went into the browser’s history.
Aidan tilted his head to the side as he regarded the explicit picture he’d apparently viewed sometime recently. He could see all the different parts of the two men, but he wasn’t sure what belonged to whom. Shaking his head, he selected the next entry in the history, an article on a local newspaper’s site that talked about Tuninas Software’s latest acquisition. The details didn’t really mean much to Aidan, though he noted Nassim’s name appeared more than once.
The next entry in the history was porn again, this time a GIF. If the description on the web page was anything to go by, it was a GIF featuring a dragon pounding his massive erection into another guy’s ass. The bottom didn’t look like he minded one minute, and the dragon…
Looked kind of like Nassim.
It wasn’t, but the surface similarities were there—bronze skin, dark hair, intense eyes that flared with dragonfire. Sweat poured down the bottom’s face, and Aidan wondered if that was from exertion or the body temperature of the being behind him.
Whatever. The entire scenario was hot as fuck—the dazed, amazed, overwhelmed expression on the bottom’s face, the possessive glower on the dragon’s.
Well…that answered one thing. His attraction to Nassim was not new.
But that raised other questions, like why hadn’t he pursued anything before? Was it the boss-assistant thing? Probably. It was an imbalanced dynamic, and his current situation had made the power gap worse.
He should not be thinking about Nassim like this. No matter how badly he wanted to be in the bottom’s position, taking those powerful thrusts from a powerful creature. Aidan’s dick perked up at the thought. He needed to close the browser, and not watch it again.
But the dragon just kept going and going…
“Everything okay?”
Aidan slammed the laptop closed. “Yep!”
“You’re flushed.”
Oh shit. What if Nassim could smell arousal? Were dragons’ senses that sharp? “It’s, uh…kind of emotional. You know?”
“Sure.” Nassim’s face was mostly blank, and Aidan didn’t know what that meant. Did he know that Aidan’s dick was hard as a rock under the laptop or not?
Not. Please not.


Jenn Burke has loved out-of-this-world romance since she first read about heroes and heroines kicking butt and falling in love as a preteen. Now that she’s an author, she couldn’t be happier to bring adventure, romance, and sexy times to her readers. 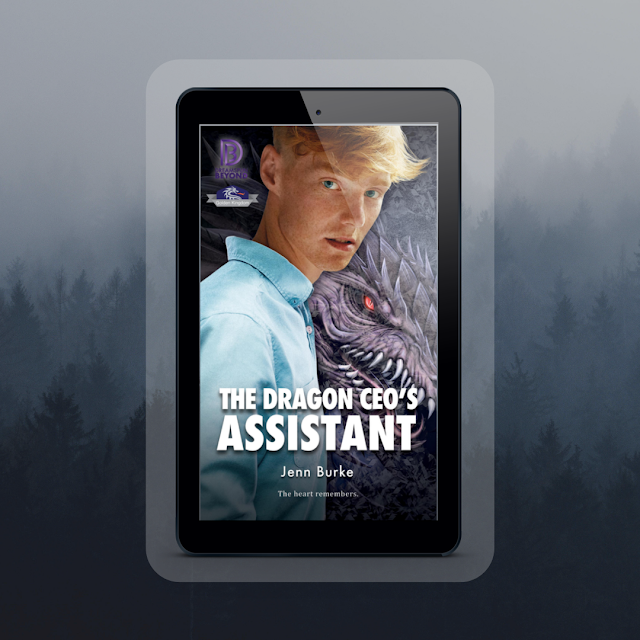 
Win a amazing prize package for the "The Dragon CEO's Assistant" release!