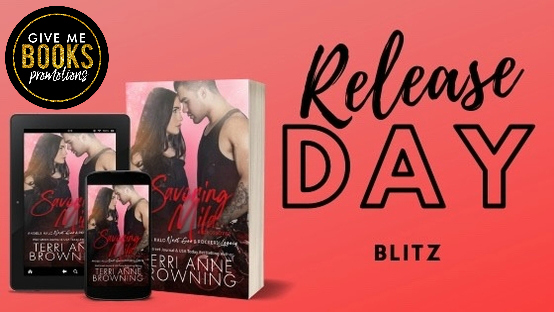 
One night.
That was all we had, all we needed.

Mila
It was a chance meeting in a New York City club while I was in town for a wedding. Our paths were never going to cross again.

Lyric
New York City was my dream. Work for the best tattoo artist in the country, build up my own client list, then start my own ink shop wherever I wanted.

Then I met Mila.

One night. That was what we agreed.

But even as I was telling her goodbye, I was already planning our forever.

Terri Anne Browning is a USA TODAY bestselling author. Being dyslexic, she never thought a career in writing would be possible, yet she has been on bestselling lists multiple times since 2013. Reese: A Safe Haven Novella was her first Indie published book. The Rocker Who Holds Me changed the tables and kicked off The Rocker... series featuring the sinfully delicious members of Demon's Wings. The Rocker... Series is now complete with 12 books and the occasional novella. Other books by Terri Anne include the Angel's Halo MC Series, as well as The Lucy & Harris Novella Series, The Vitucci Mafiosos Series, and The Tainted Knights Rocker Series.