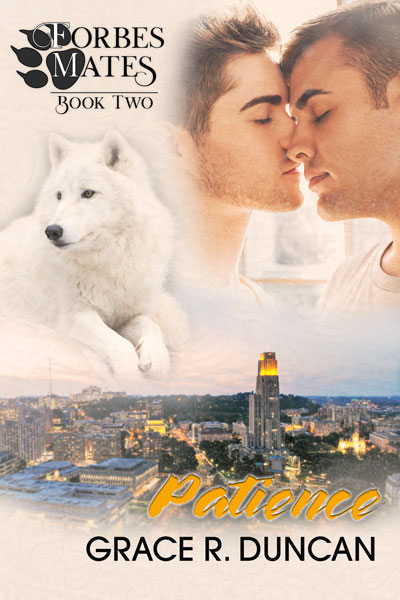 To go along with the Celebration, Devotion (book one) is 99¢ for the duration of the tour!  This will be a great way to get started on the series!

Despite being human, is Chad the mate Jamie is hoping for? Or did the gods give Jamie someone he couldn’t keep?

Jamie Ryan was almost ready to accept he’d never find his destined mate. They’re uncommon to begin with and same-sex versions downright rare. Since his gay best friend found a destined mate, Jamie figured he was out of luck. Until end of semester stress forces him to go through the full-moon shift early. Stuck in wolf form, he runs into none other than his destined mate. Who’s human.

Chad Sutton has always had good instincts. They served him well as a detective and continued on when he went private. Those instincts tell him there’s something about the dog that comes up to him while running away from animal control that isn’t quite right. He works to put the pieces together, but is unsuccessful until his dog turns into a human before his eyes.

Jamie has no idea what the mate bite of a shifter will do to a human. He’s terrified to try—and possibly kill his mate. They hunt for answers while working together on one of Chad’s cases. It’s easy to see they belong together, but Jamie fears the gods gave him someone he can’t keep.

Join us in celebrating the rerelease of the Forbes Mates books! The celebration tour has a $25 Amazon Gift Card giveaway and lots of fun excerpts from the books.  You can follow the tour here (http://www.grace-duncan.com/fm-tour) – hope you have fun! 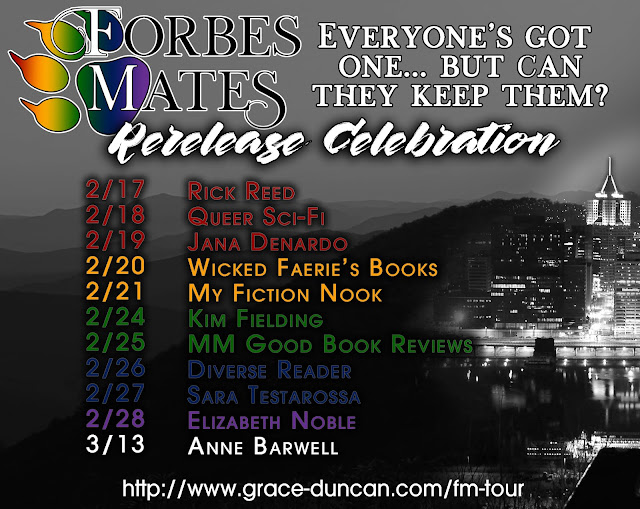 
Chad was having too much fun with this. “Hmm. Balls. I should call you Balls."
GIVEAWAY 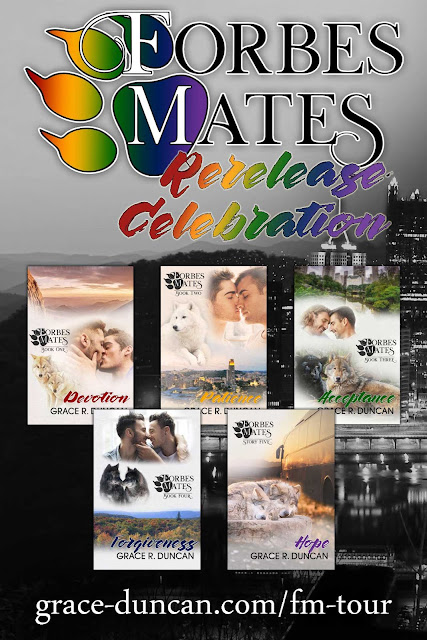