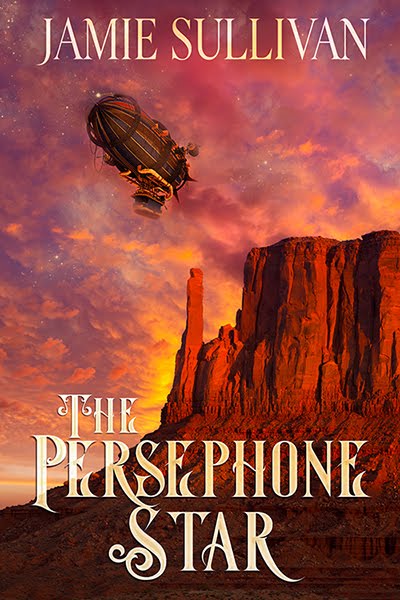 About The Persephone Star
Love looks different from a thousand feet up.
Postmistress Penelope Moser has recently settled with her father in the Wild West town of Fortuna. Shocked by the violence around her and the depressing lives of the town’s women, she throws herself into her job. She’s determined to make the best of it before she has to marry the odious town sheriff.
But when the Persephone Star is spotted in the territory, danger literally hits close to home. Its captain—the famed outlaw Mirage Currier—is fresh out of prison and gunning for revenge on Penelope’s fiancé for locking her up and sentencing her sister to death. Penelope’s pleas to avoid violence are ignored, and a bloody showdown seems inevitable. That is, until Penelope is kidnapped and held hostage on the Star.


Shockingly, Penelope finds intrigue rather than danger in the air. Mirage’s reputation as a hardened criminal doesn’t fit with the Star’s vibrant young captain whose only goal is to save her sister from the gallows. With her sympathies shifting, Penelope must decide whether to remain loyal to her father and the man she promised to marry, or face an uncertain future with an enthralling outlaw.
Available now from Riptide Publishing!

I’m going to be honest with you: the main inspiration for this novel was Dr. Quinn: Medicine Woman. Yes, the 1990s TV show. In graduate school my friend S.C. and I started watched a lot of Dr. Quinn. Some may say ‘too much’ Dr. Quinn.

We had both watched Dr. Quinn when we were growing up—we were nine when it first aired – and remembered liking it. What we didn’t remember was how straight-up absurd the whole show is. In one episode, Sully (Dr. Quinn’s longstanding will-they-or-won’t-they love interest) jumps over a bear. And it’s just treated like a totally normal incident. For a couple of episodes Johnny Cash –yes, the Johnny Cash—wanders in and sings some songs, because apparently he was a big fan of the show. In season 2 they all briefly join the circus!

Eventually graduate school ended and S.C. and I gave up on Dr. Quinn, but when I think about ‘the West’, it’s pretty much the first place my mind goes, and so I think the tone of the book, which tries to encompass the real struggles of women in the past, but also strives to be fun while doing so, was really influenced by Dr. Quinn.

Another perhaps unlikely source of inspiration was this Steampunk Costume Creator I found around the same time as I was planning this novel. Go give it a try – it’s great fun!

These were a few images I ended up saving as inspiration for Mell, Penelope, and Vera: 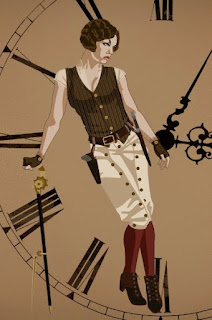 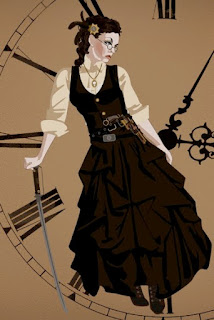 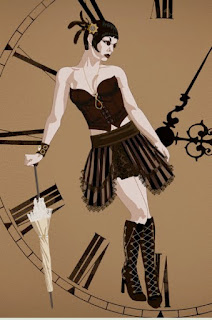 Each outfit captures the basic personality of the character: Penelope is more ladylike than the other two, but still has a masculine edge in the waistcoat and spectacles that she wears. Though this isn’t exactly what she ended up looking like in the novel, it shaped my perception of her as a librarian who is slightly bucking the norms of her society.

Mell and Vera, on the other hand, are well outside what would be expected of a woman during this time. Both have short hair – a shocking idea for a nineteenth-century woman – and Mell’s trousers and Vera’s corset would certainly draw censure during this period. Women wearing these outfits are either deliberately trying to shock, or really, really don’t care what people think of them.

I used another generator when writing this book: a pirate ship name generator. This spit out the name ‘Persephone Star’ (along with many others), which struck me as absolutely perfect for the ship at the heart of my novel.

The ‘star’ part of the name made sense because I was naming an airship, flying up amongst the stars. And ‘Persephone’ was equally appropriate: a myth about a woman fighting to get free of the control of men, living half in and half out of normal society. It seemed very appropriate for the bandits: they are far freer than any of the women in Fortuna, or Copper Creek, but they still aren’t entirely free. The sexism of society still seeks to trap them, like Persephone is trapped in the underworld for half the year.

The ship’s name and the images gave me a starting point out of which to develop my characters.
About Jamie Sullivan 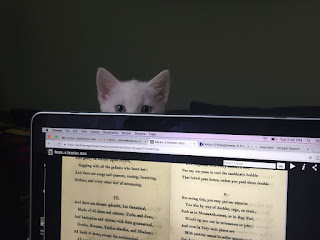 Jamie Sullivan has been writing for what feels like her entire life – her parents’ attic is full of notebooks brimming with early attempts at fiction. She's found her stride, however, in romance. She's happy experimenting with genre, and has written supernatural, science fiction, and realist stories.
She can be found on Twitter @jsullivanwrites and blogging at jamiesullivanbooks.wordpress.com. Come talk!
Giveaway
To celebrate this release, one lucky person will win a $10 gift card to Riptide! Leave a comment with your contact info to enter the contest. Entries close at midnight, Eastern time, on February 15, 2020. Contest is NOT restricted to U.S. entries. For more chances to enter, follow the tour, and don’t forget to leave your contact info!