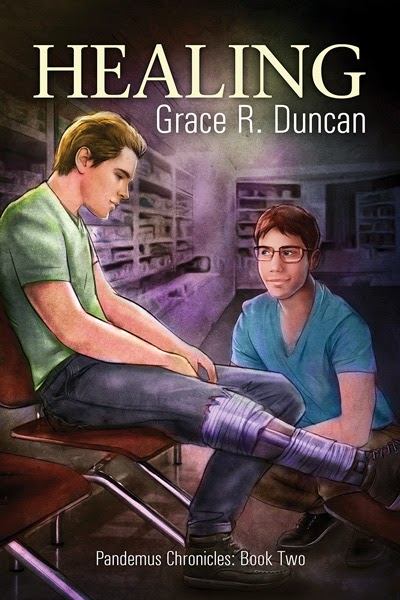 When Duncan stumbles into a pharmacy in search of something to fix his broken leg, he’s surprised to find someone else there. Like the rest of the post-pandemic world, it appeared empty. Instead, he discovers Mark, a former nurse who walked away from his profession after losing too many patients to the virus. Despite swearing he’d never practice medicine again, Mark patches Duncan up over Duncan's protests. He even finds an abandoned house in the tiny town, and they settle in until Duncan heals enough to look out for himself. Much to the chagrin of both, they find themselves caring for each other.
Duncan welcomes it, thrilled at finding someone he can trust. However, he’s well aware of the shadows in Mark’s eyes and understands Mark’s reticence as he learns the story. But as he’s starting to do things for himself again, Duncan realizes he doesn’t want Mark to leave. He’s not sure if can get Mark to let go of his fears so they can stay together and love. But Duncan’s damned sure going to try.

He should have known better. Under normal circumstances, it was a stupid move, but right here, right now, “stupid” didn’t begin to cover it.

Duncan glared at his leg for another moment, then leaned his head back against the wall. He needed to keep moving. It hurt like hell, but he had to keep going. It wasn't going to get better on its own. The gash needed to be cleaned and bandaged, and even if the break wasn't bad, it should at least be braced. And it wasn't like he could call an ambulance. Or even go into an emergency room.

Well, he supposed he could go into an emergency room, if he was in the city. But like a lot of other people, he avoided the cities whenever possible. And when it wasn't, he stayed as far on the edge as he could. But even there, it was a dangerous risk. As corrupt as the cities were now, the price of anything was higher than most could pay. He’d heard rumors that, in some of the worst cities, people simply got shot if they couldn't pay what the thugs in power wanted. It was all rumor, but rumor he wasn't about to ignore.

So he did his damnedest to stay away.

He’d been stupid to jump off the ledge. Even at only a couple of feet higher than he was tall, the risk hadn't been worth it. He’d have thought, after nearly three years, he’d learned how to be more careful and not take those kinds of risks. It wasn't the first time he’d fallen and hurt himself—though, thankfully, the last one hadn't involved a broken bone. Maybe it should have; he might have learned his lesson then.

Duncan steeled himself and pulled to his feet, grimacing when the sharp pain shot up his ankle and through his leg. “Fuck,” he muttered, breathing hard through his nose. When he finally focused past the pain, he looked up and noted the position of the sun, the only real indication he had for the time, and figured he had another good hour or two of light. If he was right about where he was, he wouldn't need all of it. He tucked the stick he’d found under his arm, grimaced when it dug into the soft flesh, but then leaned on it and hobbled along again.

What would your life be like if the world has gone to hell and you've lost everyone and everything that mattered to you?

That's what both Duncan and Mark have faced since the pandemic has decimated the world. Both have lost loved ones, friends, and their day to day way of living. Duncan was a librarian, Mark an emergency room nurse but now both struggle to survive what's become of the world around them.

A chance accident, Duncan fracturing his leg, brings them in contact with each other at a pharmacy. Mark being the healer that he is, can't allow Duncan to try to heal on his own so he decides to stay and help him. So they stick with each other, moving into an empty house in town while Duncan heals and gets stronger. As the days go by they get to know each other and get closer, even though both are not sure what's next for either of them they make the best of the situation.

This was a really solid, well told dystopian/apocalyptical story. I haven't run across many in the M/M world so this was really a pleasant surprise. I loved Duncan's solidness, and his unabashed nerdiness when it came to survival. He faced it head on and wasn't afraid to use his librarian skills to supplement what he didn't know or had never experienced. Mark, to me, was the more damaged character after the pandemic destroyed everyone around him, he ended up withdrawing into himself. It was harder for him to cope in someways then it was for Duncan. That's not to say Duncan wasn't scarred but the events, he just dealt with it differently.

I liked the the slow build up between the two, while there was instant attraction on Duncan's part they didn't dive into more. In fact Duncan wasn't sure if Mark was even interested and he didn't want to push him away by making a move. I'd have loved this to be a full length novel just to get more backstory on both characters and also to see what happens to them next. 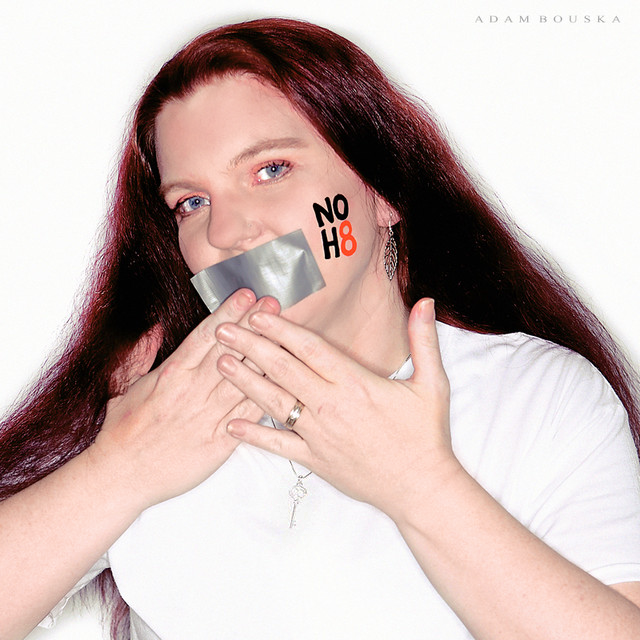 Grace Duncan grew up with a wild imagination. She told stories from an early age - many of which got her into trouble. Eventually, she learned to channel that imagination into less troublesome areas, including fanfiction, which is what has led her to writing male/male erotica.

A gypsy in her own right, Grace has lived all over the United States. She has currently set up camp in East Texas with her husband and children - both the human and furry kind.
As one of those rare creatures who loves research, Grace can get lost for hours on the internet, reading up on any number of strange and different topics. She can also be found writing fanfiction, reading fantasy, crime, suspense, romance and other erotica or even dabbling in art.

Praise for Grace R. Duncan:
“I really enjoyed the characters, and loved watching them on their journey.  Duncan does a great job of giving a really detailed story, and taking us on a great ride as two men find their happily ever after.”
—Joyfully Jay, on “No Sacrifice”
“There were so many wonderful themes going on in this story, I was wrapped up in them all and couldn’t wait to see how Grace brought them all together.”
—Love Bytes Reviews, on “No Sacrifice”
“I don’t really read a lot of historical fiction but some of it is damn good, including Grace Duncan’s Choices… The world building is excellent and draws you right in.  The character development is also wonderful.”
—Mrs. Condit & Friends Reads Books, on “Choices”

Top Ten? You want a top ten? Uh… favorites. I have to pick favorites…

“So… what’s your favorite genre to read?”
“Oh geez.” Duncan chewed on his lip, staring at his cards. “At least you didn’t ask for a favorite book.”
Mark laughed. “Hey, you’re a librarian, that’s like asking a parent to pick a favorite child. I know at least that much.”
Duncan snorted, then sniggered and finally started laughing. “Too true. Oh god, I think even picking a genre is tough. I guess… fantasy. Though, I’m not sure. I had a real thing for horror when I was younger, and I am kind of partial to sci-fi. And—” He paused and looked up, lips twitching. “Oops.”
Mark grinned, watching the color bloom on Duncan’s cheeks. “Should have known better than to ask.”
Like most authors, I’m such a voracious reader, it’s difficult for me to pick favorite books. I would have as much trouble as Duncan when it came time to pick favorites and there’s always a facebook meme—or blog post—asking. Every single time, I hem and haw and it takes me a ridiculous amount of time to decide.
This time, I forced myself to sit down and simply write. Whatever came to mind first was what I would include. I even surprised myself a little with some of my choices. Do note, however, that these are, in no way, in any kind of order.

I’d actually had a few more before I realized I’d overshot the number. It really is difficult to decide on favorites.

Thanks to Wicked Faerie’s Tales and Reviews for having me today!

One comment is eligible to win a copy of any of my previously-published works. 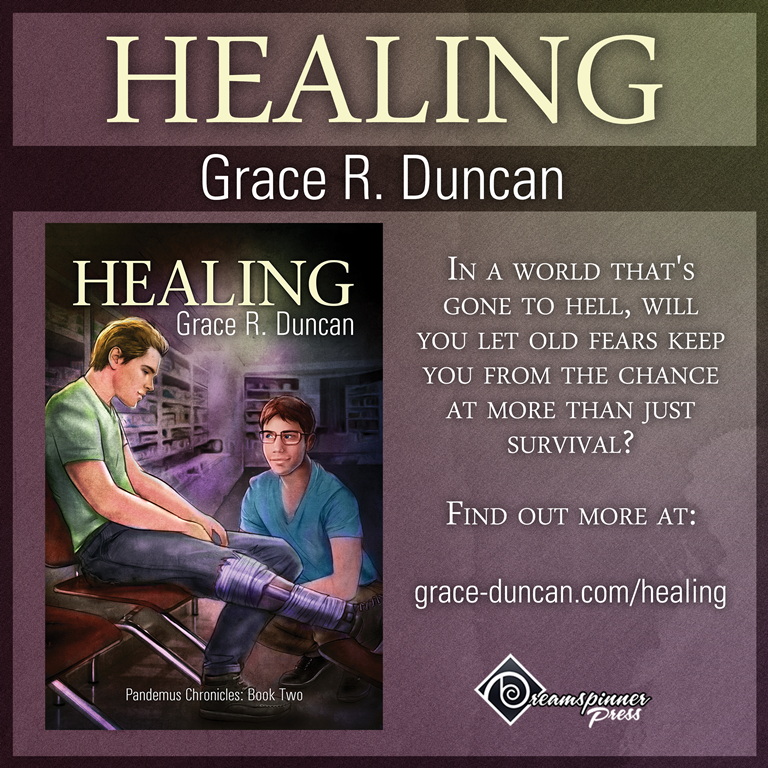