Can Christmas be the time when Kirby finally stops running and allows himself to fall in love with the man who saves his life?

CIA Agent Stefan Mortimer is cooling his heels in the UK until he can go home. Taking on easy assignments with Bodyguards Inc. seems like a good solution to keep him sane. He's used to life throwing him curveballs, and it’s just another day at the office when he rescues Kirby Devlin and his niece and nephew. Now he has to keep Kirby and the kids alive and stay professional.

Kirby Devlin has one priority; keeping his small family safe. On the run, and facing danger at every turn, Kirby finally runs out of places to hide on a snowy December day at an Edinburgh train station. Stefan comes to the rescue, saves him and the children. Is it possible that Kirby finally has someone to trust?
Now, if only it would be as easy for Kirby to trust Stefan with his heart.

"...Kirby was on the run with little Andy and Louise, having seen their father stabbed and left for dead. An unexpected attack at the train station left Kirby in a bloody mess and Stefan coming to the rescue. ... Love’s Design was a great addition to the Bodyguard, Inc. series, with a magical Christmas theme..." 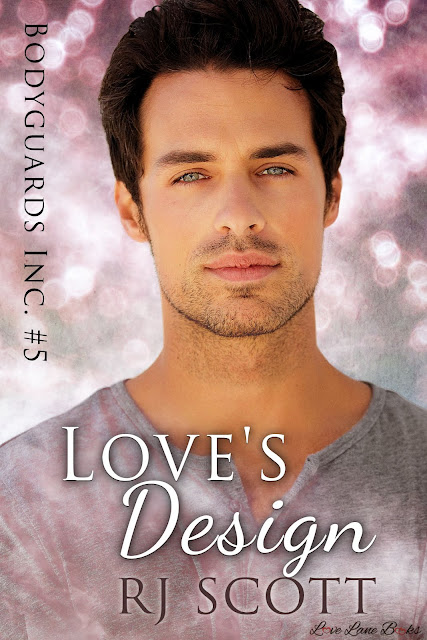 “If you’re not reading this series, you really need to because it wins all the awesome!” ~Meredith at Diverse Reader

“When I read an R.J. Scott book I never fail to get a quiver in my body and a smile on my face. Love’s Design lived up to my expectations.” ~Evelise at S.E.X. Reviews 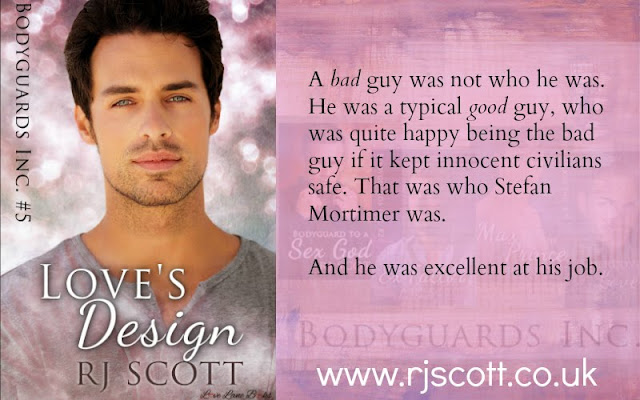 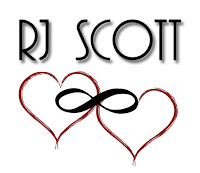