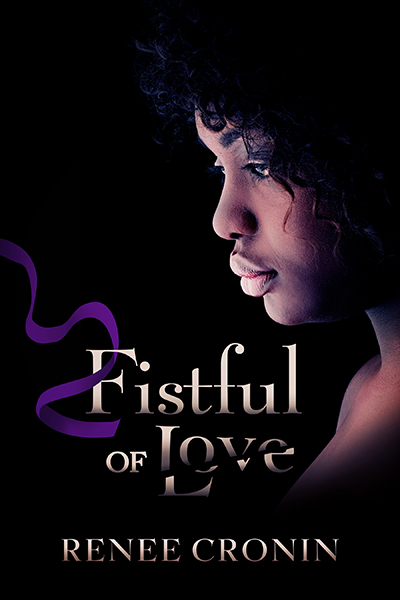 At the age of 23, social worker, Jeya Wellington was pretty much on her own. The devastating loss of her parents left her bereft and alone. Her best friend, Roman and his family have been like surrogates, but they could never replace what she lost. She needed a different connection. Shortly after losing her parents, she finds love and comfort in the arms of Rayne Watson, a correctional officer.

Rayne was exactly what she needed at the time, but now, two years later, Jeya wants out. She never expected love to come with bruises. She didn't anticipate losing friends and living in fear. This was not her idea of true love. With the support of Roman, Jeya finds a way to leave. But Rayne isn’t letting go that easily. They made a commitment to each, and she has the tattoo to prove it - ‘Til Death Do Us Part.

Torn between the love she has for Rayne and the instinct to protect herself, is Jeya’s will stronger than her vow?

Two simple words, intended to signify the end, were instead just the beginning. Jeya took a deep breath, and the pain that pierced her side served as the reminder she needed. She hit the send button. Unexpected relief instantly washed over her. “I did it. Step one. Now for step two.” Jeya placed her phone on the bed and stood up to double-check her suitcase. Going over the checklist in her mind, she felt confident that she had the essentials. A week away from home required more than she’d anticipated, but she had no intention of returning until the rainstorm had passed. Jeya took a second to acknowledge the double entendre of the word. Her girlfriend, Rayne, was definitely a hurricane. Her temper was unpredictable and left damage in its wake similar to that which Hurricane Gloria had. She knew she’d be safer at Roman’s house for the next several days.

The lyrics to “Dangerously in Love” cursed the air. The perfect ringtone to describe her relationship. She braced herself as she walked to the bed and picked up the phone. Jeya anticipated nothing less than an explosive response from her short-tempered girlfriend.

Today I’m very lucky to be interviewing Renee Cronin, author of Fistful of Love.
Hi Renee, thank you for agreeing to this interview.

Fistful of Love is a fictional story about intimate partner violence (IPV) in a same sex relationship between two women. The MC, Jeya decides to leave her partner Rayne. This is where the story begins. The rest of the book is about the aftermath of a decision to leave an abusive relationship, the impact of disclosing the abuse to loved ones and being torn between perceived love and trying to protect yourself.
It was also important for me to write a character that dispelled the myths about “what victims look like.” Jeya is educated, financially independent and a lesbian. Same sex domestic violence isn’t talked about. For whatever reason, it’s hard for people to understand that two women can be in a relationship and one of them become a victim of partner violence. It happens and I wanted to put that out there.

2)  How difficult was it to get into the main character’s head?

It was more difficult than I anticipated. I talk about this is in my acknowledgements as well. At one point I felt blocked and couldn’t finish what I started because I hadn’t finished my own story. I hadn’t been honest about my own experience in a previous relationship and when I was able to acknowledge my past and accept it, I was able to move forward with Jeya. It still wasn’t easy, but definitely easier. Jeya’s not a complex character, but I was challenged in trying to find her flaw. She was hiding it.

3)  Is this book a standalone or do you plan on visiting it again?

I definitely want to re-visit. I see a sequel in the future and maybe a novella. Jeya has more to tell. There is also a secondary couple in the book that keeps screaming at me to tell their story. The genre is not les fic. It would fall under the gay (men) romance. I’m excited to try my hand at that.

4) Why did you choose to write F/F stories?

It’s what resonates with me. While I love to read and not necessarily only about stories that resemble some part of my life, writing is different. When I tell a story, it comes from a personal place, and I want to be as authentic as I can. Les fic makes sense to me. It doesn’t mean that I don’t want to try other genres. As I mentioned earlier, I want to write a story with gay male characters as the MC’s. What I love about writing is creating a world, using my imagination and having full control (well as much control as my characters allow). Sometimes as an author you think you are in the driver’s seat and before you know it, you’re making a U-turn, when you just wanted to go left.

5) Where do you find your inspiration?

The world around me. I think about experiences I’ve had, experiences friends and family have had. I’m inspired by my emotions, or conversations I have with people. Sometimes I write because there’s a story I want to read. And someone has to write it!

Renee Cronin is a self-professed devour of knowledge, and a voracious reader. She began writing in earnest in 2005, when the characters in her head became so loud she was forced to tell their stories, or risk getting swept away into the abyss of her imagination. Renee has since used writing as a personal outlet to express her feelings, ideas, views, thoughts, and opinions about the world and the issues that impact her on a deep personal and societal level. (And of course writing also quiets the voices in her head of the many characters that are yearning to have their stories told.) Renee’s inspiration to publish is in large part due to the overwhelming display of encouragement, and support from family and friends, who believe she has a gift with words that need to be shared with world. Born and raised in Boston, Massachusetts, she works in the social work field avidly advocating and supporting the varied needs of the people in her community. Renee is a bibliophile with a transcendent love for words. Her soul yearns for the acoustic stylings from a plethora of musical genres. As she continues on this journey of published author she hopes to keep her readers captivated and pining for more. 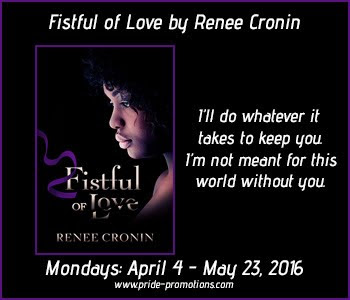 Rafflecopter Prize: $15 gift card to Amazon and an  e-copy of book