What Once Was Lost by A.M. Leibowitz - Book Blast with Giveaway 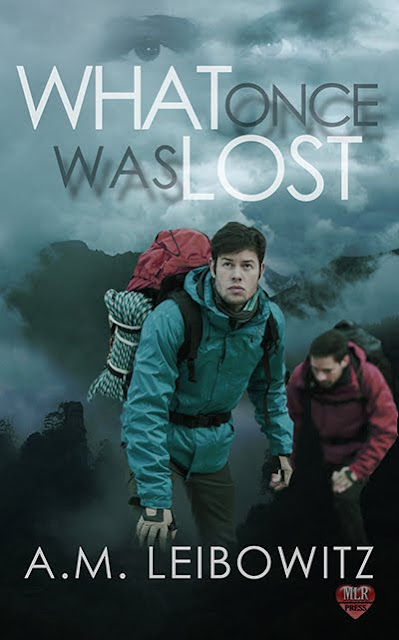 Following a volatile break-up with his partner, Casey has been raising his son, Ryan, mostly on his own. While Ryan is on a camping trip in the Adirondacks, Casey and Brook make another attempt to work through their differences, with disastrous results. But when Ryan and his friend disappear in the mountains, Casey and Brook travel together to find him. The tension leads to an opportunity to listen to each other, reconcile their history, and recover the love they once shared.

"Open the damn door, Case," the man on the other side said.

Casey growled and opened it again. "What the hell are you doing here, Brook?"

"I came to get my kid for the weekend because you failed to drop him off."

"We talked about this weeks ago." Casey glared at Brook. "Ryan's going camping with Annie, Chuck, and their kids. You knew about this."

"Maybe I decided the answer is no." Brook crossed his arms. "You never gave me the choice--you just told me what was going on, same as always. I'd like a say in what happens this time."

"Not gonna happen. Also, you have no business showing up at my door. We agreed to a neutral location for a reason."

"Oh, right, because we couldn't stop pissing each other off every time we were together. I'm glad to see you've gained some maturity since then," Brook shot back.

No, you ass, Casey thought. It's because if I let you in my house, and you begged to stay, I'd have taken you back and gotten my heart crushed again. "Go home," he said. He made to close the door again.

Brook blocked it with his foot. "He's my kid too. I should've had a say in it. This is my weekend."

"First of all, he's not yours in any legal sense. Second, you lost the right to have a say the minute you fucked someone else in our bed."

Brook's mouth dropped open, and his eyes flicked to the stairs behind Casey. When Casey turned his head to follow Brook's gaze, he sighed. Ryan was standing in the middle of the staircase, staring at them. His mouth was set in a thin line, and he had a deep scowl.

"I don't need what?" Ryan asked, crossing his arms. "The truth? Is that why Pop left?"

Both men were silent, but from the look on Ryan's face, neither of them had to say anything else.

Ryan scoffed and turned around to thunder back up the stairs.

"Fuck off. I didn't invite you here today. You showed up unannounced right before Ry's weekend trip. But hey, I guess you don't care whether you ruin it for him. Kind of like everything else."

"God, I forgot what a whiny ass you are," Brook said, sneering.

Casey wanted to punch him, but that wouldn't do anything to improve things with Ryan. "Look, this isn't the time. You want to have some drawn-out argument where we both accuse each other of random shit from the whole span of our relationship? Great. I'll pencil you in for noon tomorrow, when my son is happily off in the woods with his best friend's family. Until then, get the hell off my porch." 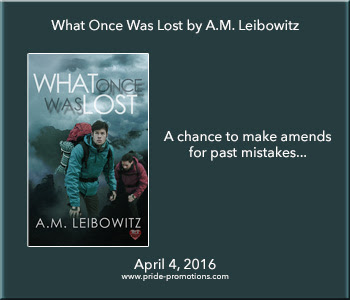 
Rafflecopter Prize: eBook copy of What Once Was Lost & the companion short story, Finders Keepers