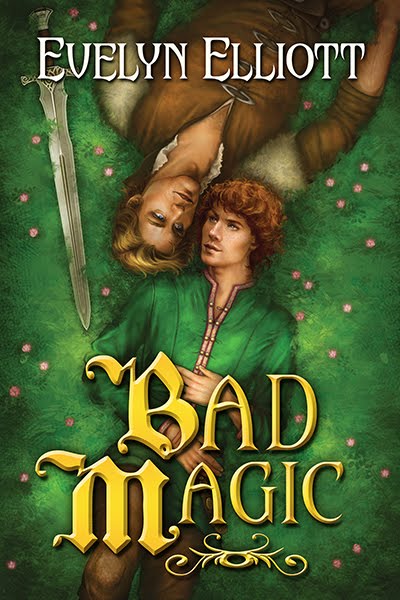 Morality is relative. At least that’s what young sorcerer Regis Teller convinces himself. He’s done what he must to survive: working for a witch since he was nine, helping her throw the kingdom into anarchy, and taking his only comfort in her mysterious son, Crow. And soon, Regis is going to commit his first murder.

A do-gooder named Jonathan White has information the witch needs, and it’s Regis’s job to get that information and slit Jonathan’s throat. But then Regis actually meets Jonathan. And Jonathan is perfect—a hero with a passion for justice and little regard for civility.

Lucky for Regis, Jonathan has a weakness for attractive men. Lucky for Jonathan, Regis is fast developing a conscience and a heart. But for Regis, keeping both of them alive at their adventure’s end means breaking a magical oath and surviving his ruthless boss—all without telling Jonathan the truth. Falling in love is never easy, especially when everyone involved is lying through their teeth.


Jonathan settled half in his lap, one arm around Regis’s waist. He buried his face in Regis’s hip. Regis was paralyzed with indecision. The drug hit him again full force. He was desperate for pleasure, and holding still took an act of sheer willpower.

At first glance, Evelyn Elliott seems like a perfectly normal person. Do not be deceived.
Her hobbies include watching grisly horror movies, torturing her characters, and tending to her flower garden. She enjoys long walks on the beach and collecting the souls of small children. Whenever she reads a book, she always roots for the villain.
Avoid her at all costs. Certainly do not find her on facebook or befriend her online. You have better things to do. 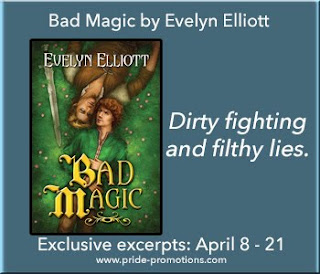